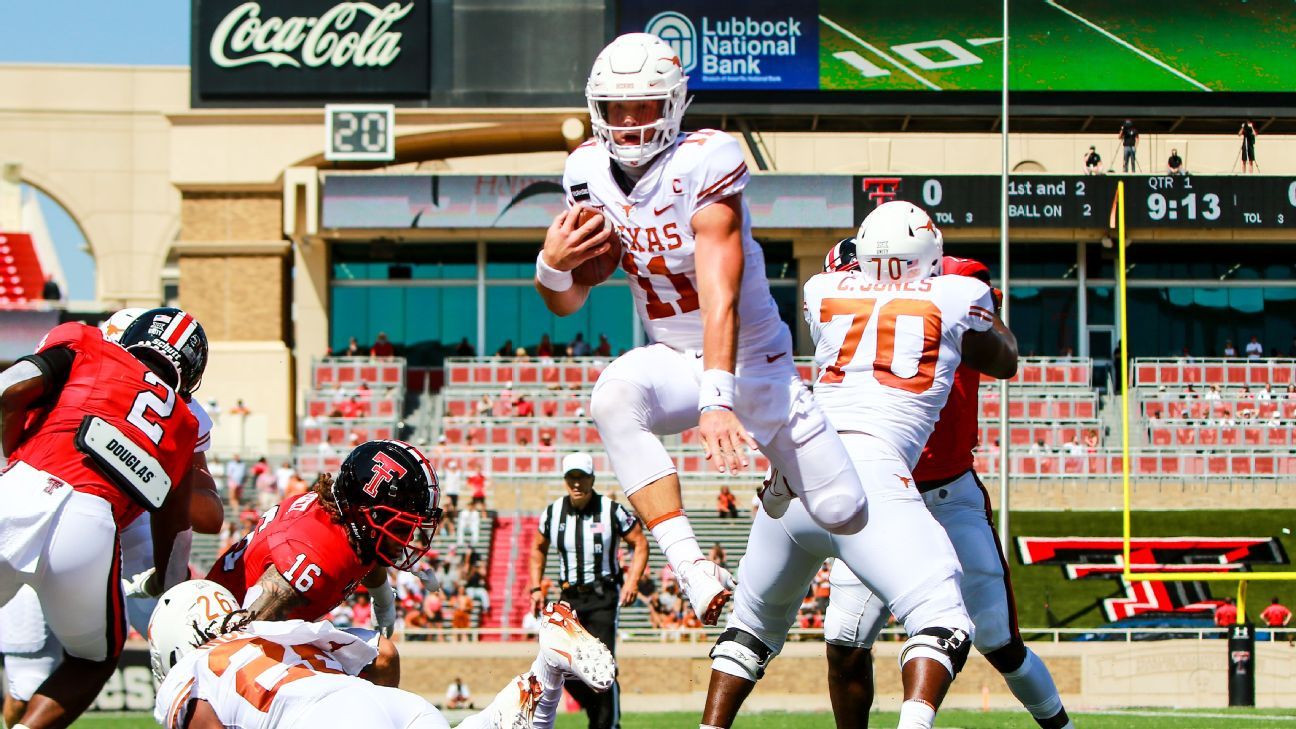 LUBBOCK, Texas — Sam Ehlinger threw a 12-yard touchdown pass to Joshua Moore in overtime, sending No. 8 Texas to a wild 63-56 victory over Texas Tech on Saturday that saw the Longhorns rally with two touchdowns in the final 3 minutes of regulation.

Moore’s second touchdown catch came with 40 seconds left and Ehlinger’s 2-point conversion pass to Brennan Eagles tied it to get to overtime. Texas got the ball first and quickly scored when Ehlinger and Moore connected for their third score of the day.

Texas Tech’s possession ended when Alan Bowman was forced to scramble and threw a wild pass that was intercepted by Caden Sterns.

Texas, chasing its first Big 12 title since 2009, had looked done when the Red Raiders went ahead 56-41 late in the fourth quarter on touchdowns from T.J. Vasher and SaRodorick Thompson. But Ehlginer engineered a quick drive for a touchdown pass to Eagles and the Longhorns recovered the onside kick to set up the tying score.

It was the largest comeback by Texas since 2007. They had lost their previous 29 games when trailing by 15 or more points.

“Our quarterback looked at me and said, ‘They left us too much time. We’re going to tie this thing up and win in overtime,'” Texas coach Tom Herman said. “And I believed him.”

Texas is 2-0 for the first time under fourth-year coach Tom Herman.

Ehlinger finished with 262 yards passing with five touchdowns and also ran for a score for Texas (2-0 1-0) . Bowman passed for 325 yards and five touchdowns for the Red Raiders (1-1, 0-1) but also threw three interceptions.

“We learned we’re never out of it. You look around college football in 2020, there’s some weird things going on,” Ehlinger said. “All I can say is wow.”

‘It was different’: Inside boxing’s hectic, yet monotonous, return to Las Vegas