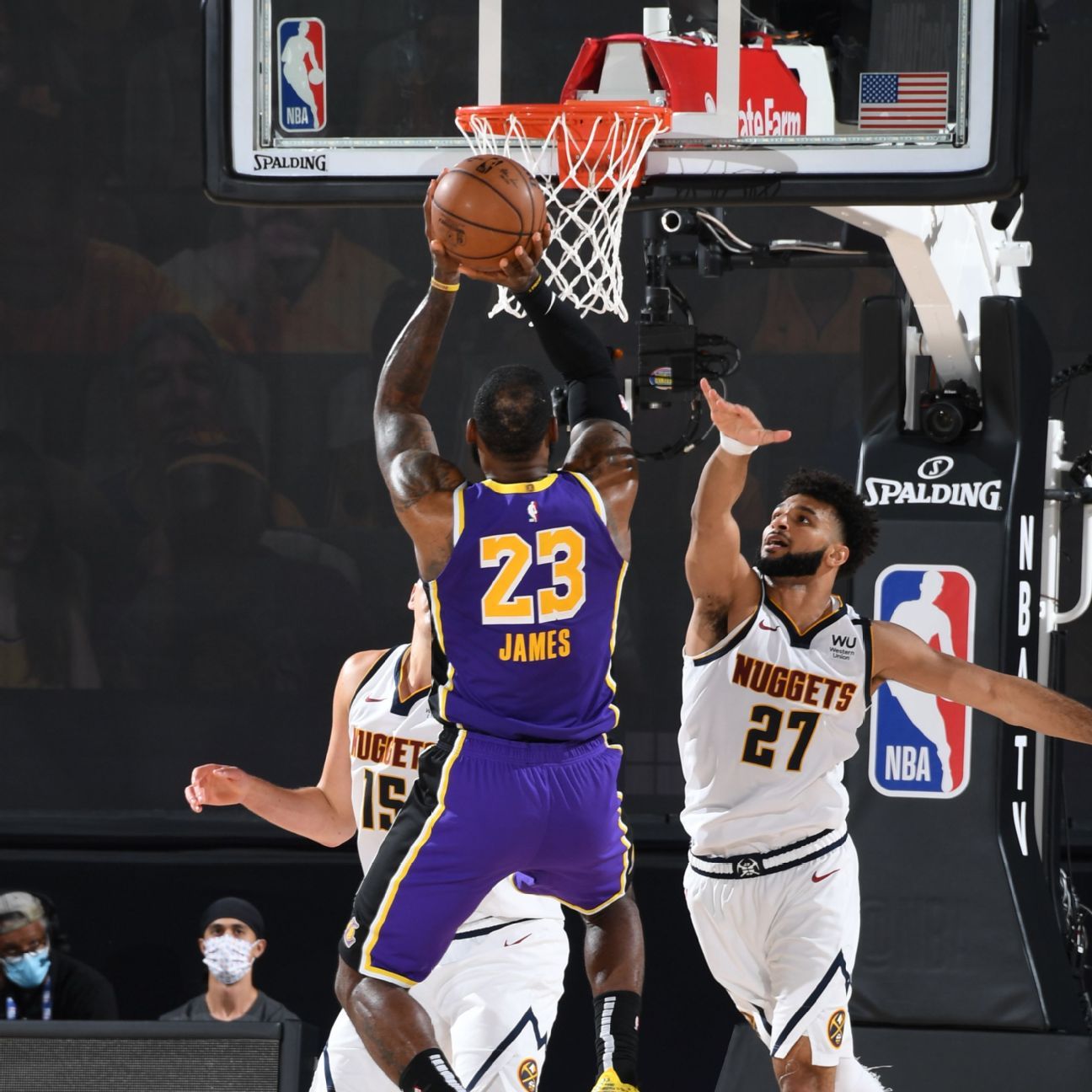 LAKE BUENA VISTA, Fla. — LeBron James is going to a 10th NBA Finals — and for the first time in a decade, so are the Los Angeles Lakers.

James punctuated his 27th postseason triple-double with a big fourth quarter, powering the Lakers to a 117-107 victory over the Denver Nuggets on Saturday night to win the Western Conference finals in five games.

James finished with 38 points, 16 rebounds and 10 assists to become the fourth player to reach 10 NBA Finals. It took him two seasons to make it with the Lakers, after falling short of the playoffs in an injury-plagued first season following eight consecutive trips with Miami and Cleveland.

“My teammates said bring us home and it was my responsibility to try to make the right plays and do the right things on the floor to help us win ballgames,” James said during a trophy presentation in a mostly empty arena at Walt Disney World Resort, instead of in front of the Lakers’ fans at Staples Center.

The Lakers will face either Miami or Boston — which meet Sunday in Game 6 of the Eastern Conference finals with the Heat up 3-2 — in their 32nd NBA Finals appearance, most in league history. They haven’t played for the title since beating the Celtics in 2010 for the most recent of their 16 titles.

Forward Anthony Davis added 27 points and will end his first season with Los Angeles by playing in his first NBA Finals.

“Feels good,” Davis said. “It’s good to get something like this accomplished with this group of guys. We battled through a lot this year, starting with the beginning of the season. We know the job’s not done. It’s a great feeling, but we got four more to win for the ultimate goal. While we enjoy this, we still got work to do.”

Center Nikola Jokic and forward Jerami Grant each scored 20 points for the Nuggets, who had fought off elimination six times in these playoffs before the Lakers finally put them away. Jamal Murray added 19 points and eight assists, but the star guard struggled with some leg or foot pain and lacked his usual explosiveness.

The Nuggets had come back from 3-1 down in the first two rounds before finally being ousted a month after they would have departed the bubble had they lost the first time they faced elimination, in Game 5 against Utah on Aug. 25.

Denver fell far behind one more time, but James wouldn’t allow another comeback.

The lead was up to 72-56 four minutes into the third with Murray hobbling, but the Nuggets — who were down 15 in the third quarter of Game 5 against Utah and 16 at the same point of Game 5 against the Clippers — put together a comeback fueled largely by Grant. They came all the way back to tie it at 84 on Murray’s free throws, before Davis made a 3-pointer with a second to go in the frame.

James made consecutive baskets while getting fouled early in the fourth, pushing a two-point lead to 95-88. When Denver made one last push to cut it to four, James set up Danny Green for a 3-pointer for his 10th assist, then made a jumper himself to extend it to 108-99.