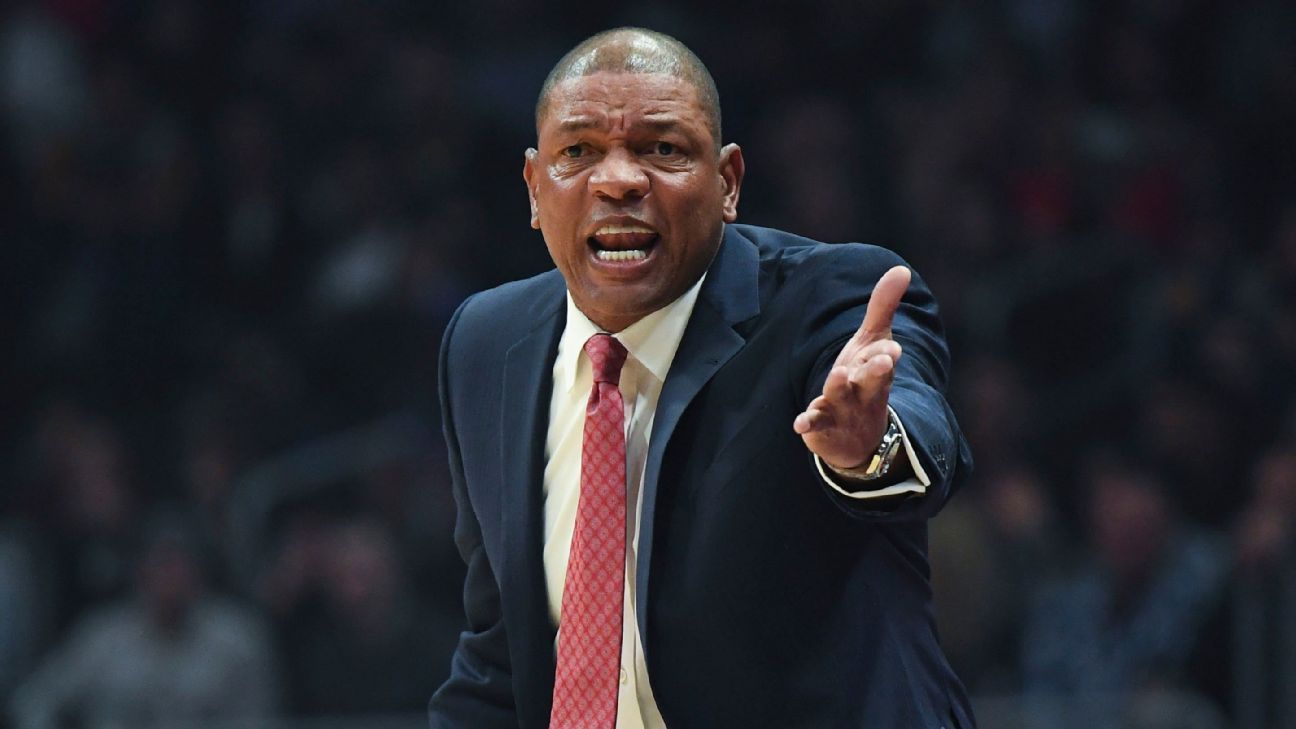 Against the Denver Nuggets, the Clippers squandered a 3-1 lead in the Western Conference semifinals, surrendering double-digit leads of 16, 19 and 12 in the last three games of the series as the franchise’s Western Conference finals drought reached 50 years.

Rivers is the only coach in NBA history to lose a 3-1 lead in three playoff series, having done so with the Clippers in the 2015 West semis against the Houston Rockets and with the Orlando Magic in the first round against the Detroit Pistons in 2003.

This team, though, was considered a championship contender from the moment the Clippers signed Leonard in free agency and traded for George.

After the Clippers completely unraveled for a third straight game in a 104-89 loss to the Nuggets in Game 7, Rivers said the title expectations were not too heavy for his team, even though the Clippers fell short of reaching what many thought all season would be a West finals showdown with the Los Angeles Lakers.

“We didn’t meet them,” Rivers said of the expectations. “That’s the bottom line. I’m the coach, and I’ll take any blame for it. But we didn’t meet our expectations, clearly, because if we had, in my opinion, we’d still be playing.”

Information from ESPN’s Ohm Youngmisuk was used in this report.

LIRS has a message for BBNaija 2020 winner, Laycon, about his tax

Who filled holes best in NFL draft? Questions answered for all 32 teams

US Election 2020: Trump and Biden row over Covid, climate and racism

Tripped up: Giants’ Daniel Jones falls on a breakaway to the end zone