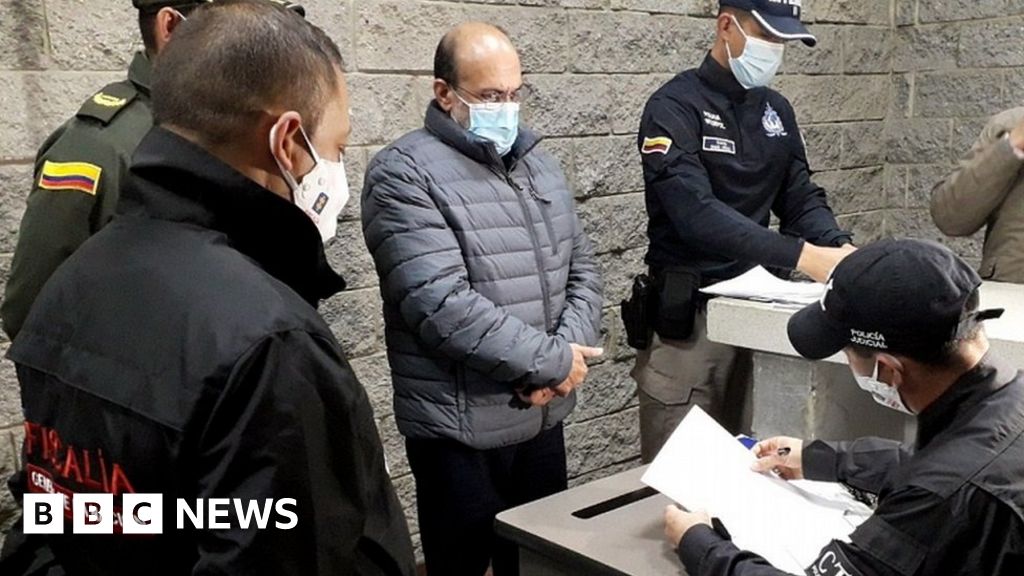 A former leader of one of Colombia’s most notorious paramilitary groups has been arrested in Bogotá after being deported from the US.

Rodrigo Tovar Pupo had served 12 years of a 16-year prison sentence in the US for drug trafficking.

The AUC is said to have used battles with left-wing rebels to hide crimes such as drug trafficking and extortion.

On arrival in the capital, Pupo was immediately taken into custody on suspicion of involvement in crimes including mass killings, kidnappings and torture.

In a statement, Colombian justice ministry official Javier Sarmiento Olarte said Pupo would be “placed before the criminal justice system” and there would be “guarantees” for the right to the truth, justice and reparation.

The AUC demobilised 14 years ago in a deal with the Colombian government, but Jorge 40 was excluded from a wider deal that limited punishments for its former fighters and commanders.

Pupo was extradited to the US in 2008 along with other leaders of far-right paramilitary groups by the government of then-President Alvaro Uribe.

‘Chance to raise my voice’ in Lebanon protest

Coronavirus: The fight to prove Covid-19 is real as cases rise in Africa