The big winners and losers in the NBA’s new…

He wants to have all the facts which will… 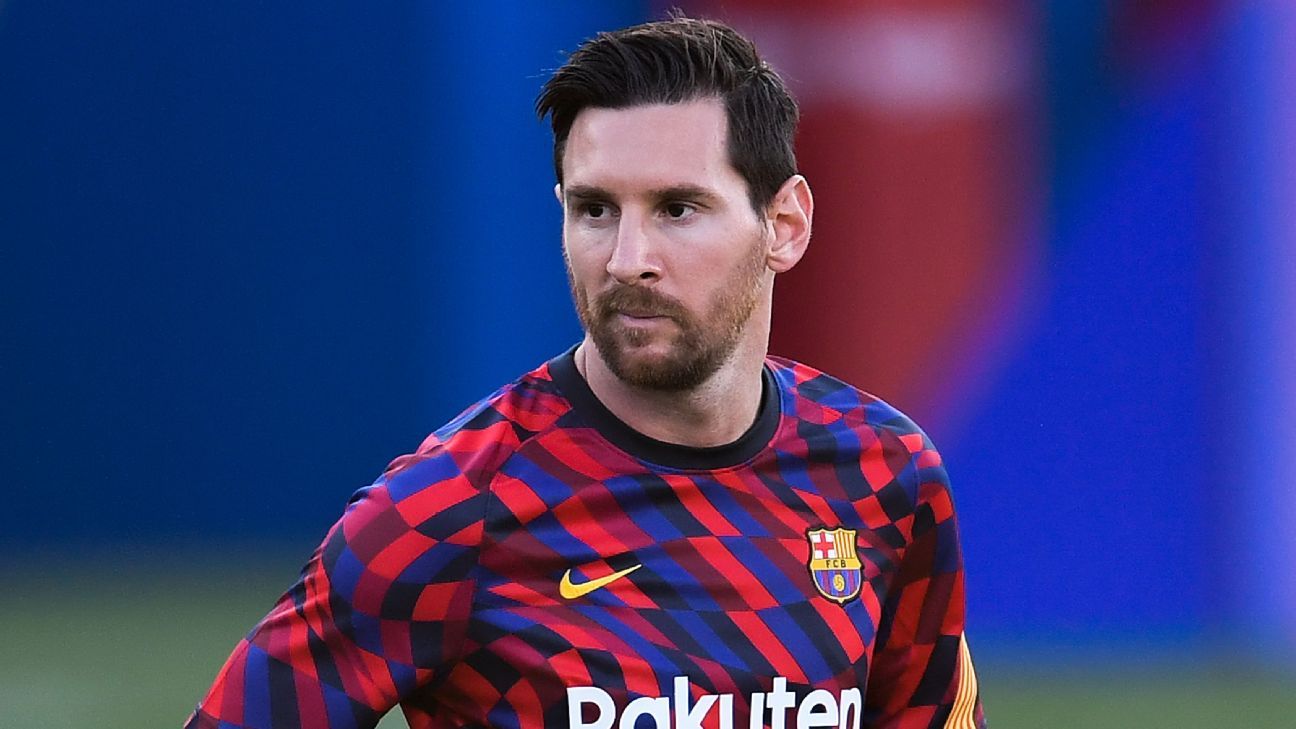 Lionel Messi says he acted with Barcelona‘s best interests in mind when trying to engineer a move away from Camp Nou this summer.

In his first interview since he announced he was staying at the club, the Argentina forward also said he was willing to accept responsibility for his mistakes.

“After so many disagreements, I would like to bring an end to everything and put aside any differences,” Messi told Diario Sport on Tuesday.

“I take responsibility for my mistakes and, if there were any, they were only to make Barcelona better and stronger.

“If any fans were annoyed by something that I said or did, let there be no doubt that anything I did was always with the club’s best interests in mind.”

After the 8-2 defeat to Bayern Munich in August, Messi told Barca he wanted to leave and that he thought he could do so for free per a clause in his contract.

Sources told ESPN that Manchester City wanted to sign Messi but Barca remained adamant that he could not leave for free and said his only way out would be by paying his €700 million release clause.

Messi, 33, eventually backed down, saying he didn’t want a legal fight over the validity of the clause with the club that he loves.

But in announcing that he was staying for the remainder of his contract, which expires in 2021, he was also critical of president Josep Maria Bartomeu and the board of directors.

He accused Bartomeu of lying to him and said the board had no sporting project and had been plugging holes as they went along.

His anger was still apparent last week when he criticised the club for kicking Luis Suarez out by selling his contract to Atletico Madrid.

However, he now wants to move on from the drama that underpinned Barcelona’s preparations for the new season, which started with a 4-0 win against Villarreal.

“We all have to be united,” he added in the interview with Sport. “The only way to achieve our objectives is to pull together in the same direction.”

Messi, who has been at Barcelona for 20 years, scored his 635th goal for the club from the penalty spot in the victory over Villarreal on Sunday.

New Barca coach Ronald Koeman has always said that he wants to build the team around Messi, who remains the club captain.

Viewers guide: Calvin Kattar looking for something to build upon on Fight Island

Premier League prepares, but player concern must be addressed

He wants to have all the facts which will be made public – Minister of Youth and Sports, Sunday Dare...