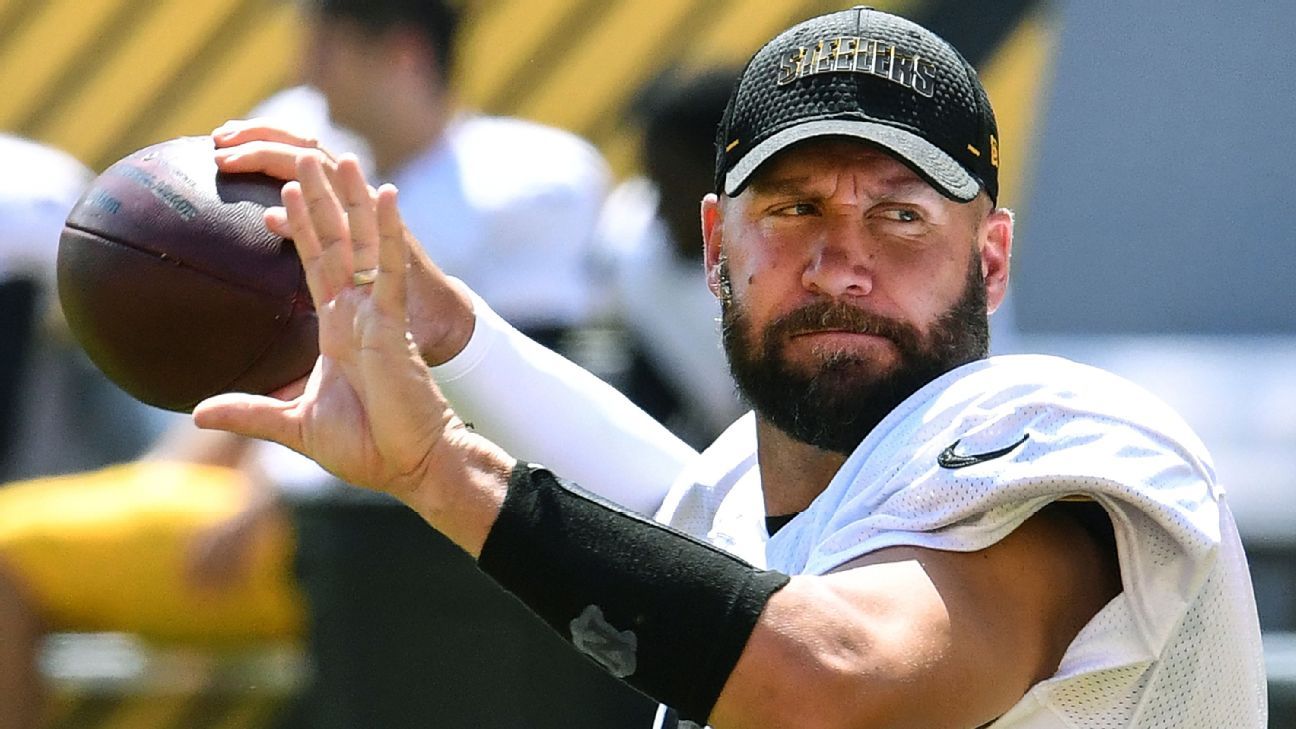 PITTSBURGH — Coming off an unplanned bye week forced by a rash of positive COVID-19 tests in the Tennessee Titans organization, quarterback Ben Roethlisberger was audibly frustrated with the ramifications to the Pittsburgh Steelers‘ schedule.

“Of course we got the short end of the stick,” Roethlisberger said Wednesday.

Though the possibility remains that the continuation of positive tests from the Titans could force the team to forfeit games, Roethlisberger said he doesn’t think “they’ll consider forfeiting our game.”

The timing of the bye week — which was just a three-day break after the Steelers obtained special permission from the league and NFLPA to resume practice Monday — was especially frustrating for Roethlisberger, who felt he was finally getting in a rhythm in the first three games after a year off following season-ending elbow surgery.

“It’s tough, especially for someone like myself who was just starting to get back into the flow of things,” Roethlisberger said. “It’s not easy, but you’ve got to adjust. You’ve got to adapt and do the best you can.”

Before the break, the Steelers were 3-0 and had momentum going into the Week 4 matchup against the also-unbeaten Titans. Roethlisberger was making strides each week adjusting to the offense and a new cast of weapons.

He was critical of himself after each game, but Roethlisberger took steps during the week to improve on his shortcomings, such as working on his footwork during a Wednesday practice — usually his day off.

“The league already tried to slow it down, so I guess I’m going to start back over from scratch and hope this week I didn’t take too many steps backwards,” Roethlisberger said of losing his momentum. “Just try to see how it goes this week, I guess.”

For Roethlisberger, adapting during the impromptu bye meant staying active at his home over the weekend — albeit with a different training partner.

“Well, I don’t just sit on the couch all day,” he said. “I throw every single day because my son won’t let a day go by without playing catch.”

With the Titans’ COVID-19 outbreak and positive tests also popping up in the New England Patriots and Las Vegas Raiders organizations, Roethlisberger acknowledged that his own team would have to navigate more challenges in dealing with the virus beginning this weekend when 5,500 fans will be allowed at Heinz Field for the Steelers’ home game against the Philadelphia Eagles.

“We need to be cautious, be careful and protect each other,” Roethlisberger said. “New challenges arise this week with fans being allowed in the game now. Fans are allowed in the stadium, which means we’re allowed to have guests in town and things like that. In the Roethlisberger family, we’re not changing anything. No guests are coming in town. But there are a few challenges that have been presented and so hopefully guys can continue to be as cautious and as careful as we have been to this point.”

NFLPA rep Cameron Heyward also said that positive tests weren’t totally unexpected and pointed out that the NFL has protocols in place to navigate outbreaks — it’s up to the teams to follow them.

“As a country and as a world, we’re still dealing with this pandemic,” Heyward said. “To think we weren’t going to have positive tests is ludicrous. … There’s going to be more positives. It’s our job to minimize the amount it takes over a team. The things we’ve done to really change that are adding to our practice squad, because we understand there are going to be positives. If there’s not, then it’s not a true pandemic.

“With those, you have to think, whether one guy gets it or two guys get it, we’re able to respond accordingly. But when an entire team or it spreads throughout your coaching staff and team, it’s going to be hard to really deal with the effects of that.”

MMA Power Rankings: Is Adesanya, McGregor or Khabib No. 1?