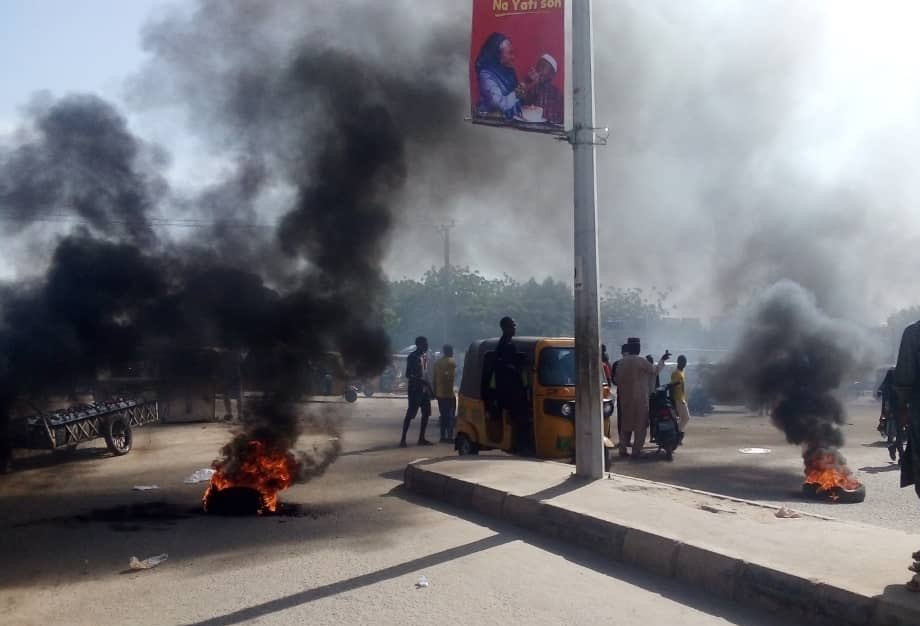 There is reportedly an ongoing protest in Kano state following the death of a 17-year-old boy identified simply as Saifullah in police custody.

According to Amnesty International, it was alleged that Saifullah was tortured to death by the police. It was further learnt that protesters have barricaded the main Kofar Mata road and set tyres on fire, chanting songs calling for an end to police brutality.

Read the tweets below; 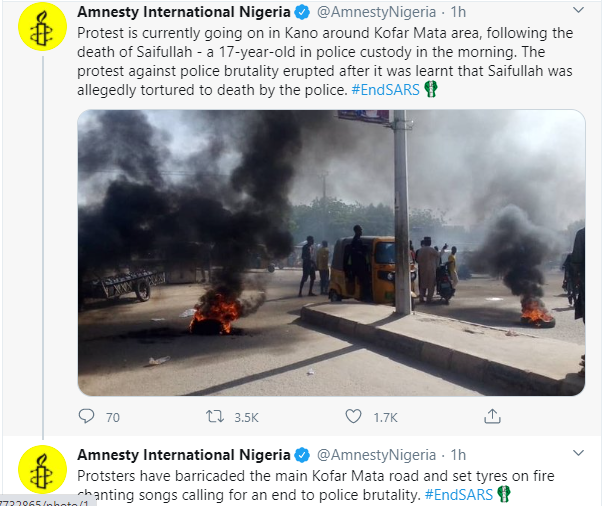 Our sensitive databases are under attack â Minister of State for Science and Technology, Mohammed Abdullahi

More than one-fifth of Canadian companies will adjust pay if staff relocate: survey