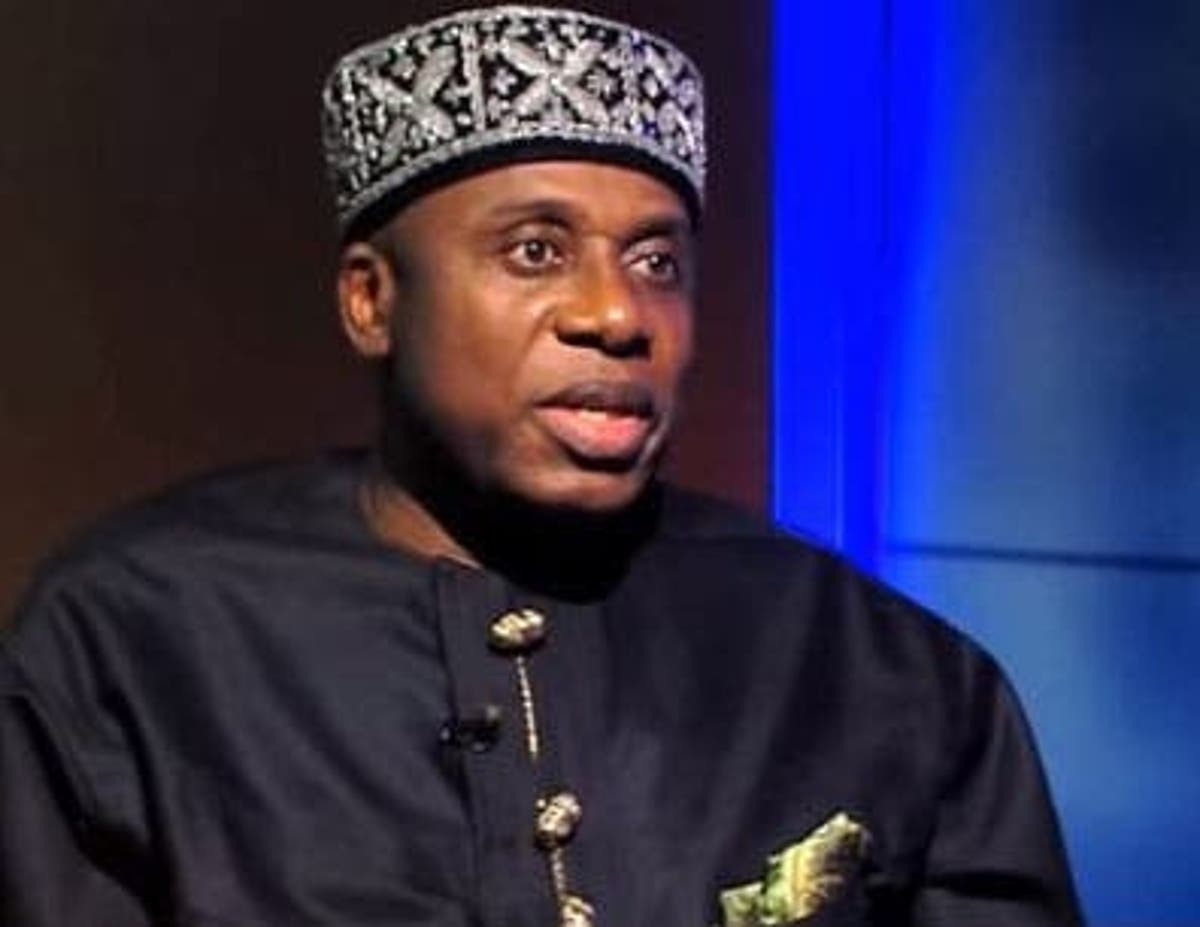 Minister of Transportation, Rt Hon. Chibuike Rotimi Amaechi has stated that there is no lopsided appointment in President Buhari’s government.

The Minister said this during an interactive session with the South East South South Professionals of Nigeria (SESSPN) in Lagos, where he explained the reasons and underlining policy behind the projects in the South-South and South-East region.

Amaechi said that apart from the security sector, there is no lopsided appointment in Buhari’s administration. He further alleged that some South-Easterners fight against the appointment of their kinsmen in government.

“We fight a lot among ourselves. In South-South and South East, we fight amongst ourselves. I’m saying this so that we can separate emotions from reality. Today it is not about President Buhari, it is about us. This administration is doing a lot, but because it’s President Buhari, we pretend not to see it.

“We complain about lopsided appointments. Apart from the area of security, have you checked other areas side by side? The President will appoint someone from the South East and people from the same region will fight against the appointment, if you are the President, how will you feel?

“When we took office, the President asked us to complete all projects left by previous administrations before starting new ones. We did that and it was across all regions. We completed Port Harcourt Airport, we are working on Enugu Airport; Enugu Onitsha road, work is going on, no matter how slow. The second Niger bridge in Onitsha – 48 percent and we have assured the country that by 2022 it would be completed. Those who are from Onitsha or from Anambra, have you gone to the site and work is not going on? When we came it was zero. Most of you don’t see it because it’s not beside the Niger bridge, so you don’t see it unless you visit the site.

“Onitsha is a River port, 3.5 metre draft. The only thing that can go there is barge. Port Harcourt and Warri seaport will be the highest. And people still criticise a president that is doing this much for this zone. How do we survive by ethnicity?”

On rail projects and why work has not been done in the South East, Amaechi said;

“I hate tribalism. I’ve said this before, for me, I’m Nigerian, and what informs my decision of choosing which rail line to construct at any point in time, is the economics of rail; and currently, the economics shows that Lagos to Kano has the capacity to move 30 million tonnes of cargo per year. I do the same analysis for Port Harcourt to Maiduguri, 11 million tonnes. We are currently doing the analysis for Lagos to Calabar to know how many tonnes of cargo can be moved there per year. So we started with the Lagos to Kano rail. President Obasanjo approved it, President Jonathan started construction on it by doing Abuja to Kaduna and President Buhari told us to complete all previous projects.

“Now, we are applying for $11b loan to construct Lagos to Calabar rail. There was no design for Port Harcourt-Maiduguri. We knew that the first thing to do was to commence a feasibility study, after that we did the design. Its now they’ll start to do the site drawing. In those three months that they are doing that, you’ll start shouting again, why are they not constructing? You forget that Ibadan to Kano, they are just finishing the design now, that’s why they’ve not started construction.

“Back to Port Harcourt-Maiduguri, the first thing was the instruction from the President that all rails in Nigeria must be standard gauge. So we did a standard gauge design. We went to Bonny to do studies and we did that study up to Maiduguri. I did a feasibility study that brought it between $14billion to $11 billion. When we finished, we got approval from the President, but I realised that we may not get the money in this government. I changed my course, and I said, while we are looking for money for the standard gauge for Port Harcourt-Maiduguri, let me ask for money to reconstruct the narrow-gauge at $3.1billion. And the President after much argument, accepted. After some time, he agreed, that we can proceed with the narrow-gauge while seeking for money to construct the standard gauge.

“At least I’m sure that before we leave government we would have done up to 80 percent of that rail. Also, there was no line to Owerri, I added Owerri to the Port Harcourt-Maiduguri rail design, because of the Industrial Park and the University of Transportation in Ubima”

The Countdown: Mic dropped, 50 Cent and the Twitch Among Us vote

Everything in Betsey Johnson’s New Makeup Line Is Only $10