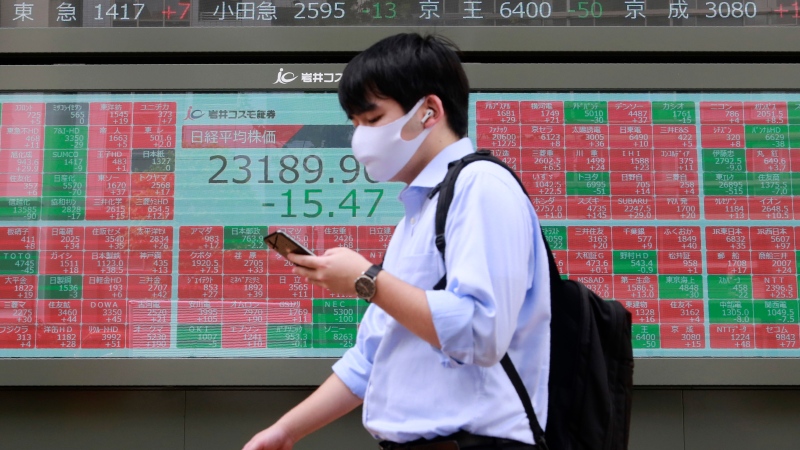 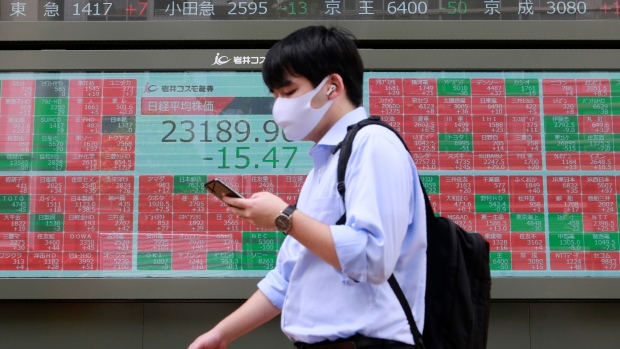 TOKYO — Asian shares were mixed Tuesday, after Wall Street’s overnight decline as hopes faded Washington will come through with badly needed aid for the U.S. economy before the U.S. presidential election.

Investors have been focusing on U.S. economic stimulus amid global uncertainty about the continuing economic fallout from the coronavirus pandemic, which has slammed growth with social distancing restrictions, unemployment, crimped trade, as well as tourism and business closures.

“As hope for a pre-election stimulus balloon deflates, and with stocks struggling to float on their own during a subpar earning season, exhaustion set in, and the laws of gravity took over,” said Stephen Innes, chief global market strategist at Axi.

“And with no shortage of uncertainly overshadowing the markets, investors continue to tack cautiously ahead of the final presidential debate,” Innes said in a report.

Market players are looking for additional data on China’s recovery, as that could drive the sorely needed growth in the rest of Asia. Recent data out of Japan show exports to China have been recovering gradually.

On Wall Street, the S&P 500 dropped 1.6%, its worst day in more than three weeks. Wall Street is expecting lawmakers eventually will agree on new stimulus measures for the economy, but the odds of that happening before Nov. 3 Election Day have dimmed.

Stocks have been mostly pushing higher this month after giving back some of their big gains this year in a sudden September swoon. The benchmark S&P 500 has notched a gain in each of the past three weeks. Even so, trading often has been choppy from one day to the next, reflecting uncertainty over the timing of more stimulus for the economy.

Investors were also looking ahead to another busy week of corporate earnings reports. Across the S&P 500, analysts are expecting companies to report another drop in profits.

In energy trading, U.S. benchmark crude gained 5 cents to US$41.11 per barrel in electronic trading on the New York Mercantile Exchange. It lost 6 cents to $41.06 per barrel on Monday. Brent crude, the international standard, picked up 2 cents to $42.64 a barrel.