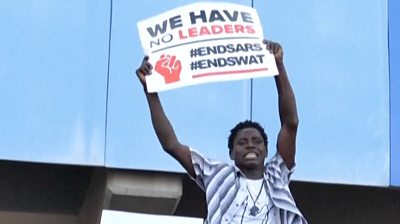 A number of people have reportedly been shot dead or wounded at an ongoing protest against police brutality in Lagos, Nigeria.

Eye-witnesses told the BBC that they were peaceful and that the army shot with the intent to kill. “It feels like war”, one protester said.

The Nigerian army has denied any involvement.

The eye-witnesses spoke to

Newsday, and are anonymous for their own safety.

Coronavirus in Singapore: Election campaigning without the handshakes