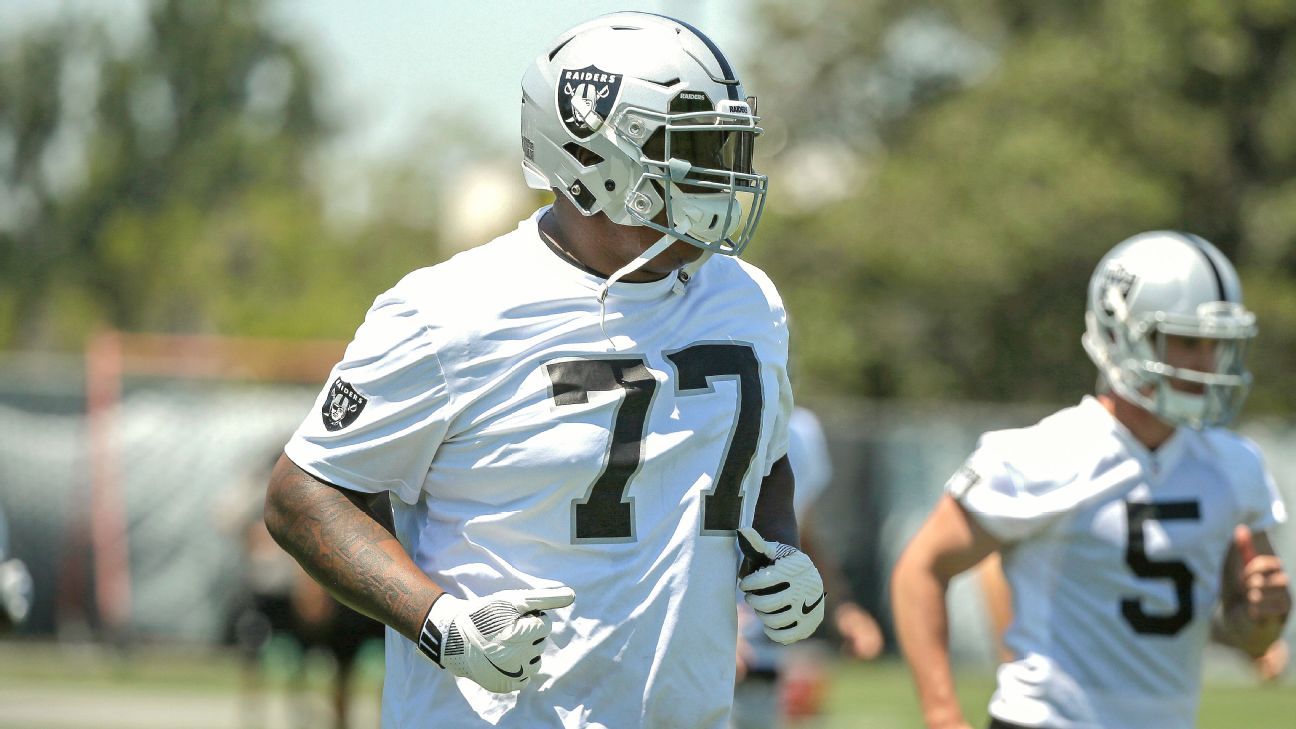 HENDERSON, Nev. — With the Las Vegas Raiders preparing to place right tackle Trent Brown on the reserve/COVID-19 list, the team sent home all five of their starting offensive linemen on Wednesday due to contact tracing, coach Jon Gruden said.

“I guess they were around Trent,” Gruden said in a Zoom call with reporters. “I can’t get into things any more than that. But hopefully we’ll get some players back tomorrow, or for Sunday.”

The Raiders (3-2) are coming off their bye week and play host to Tom Brady and the Tampa Bay Buccaneers (4-2) on Sunday at Allegiant Stadium.

“How happy am I? I’m not happy,” Gruden said. “I’m concerned. I’m really more concerned about Trent [and] his health than anything. This is COVID and I am concerned about anybody that has it or is near it.”

Gruden previously said he had the virus during the offseason.

The Raiders’ starting offensive line the last time they played, at Kansas City on Oct. 11, included left tackle Kolton Miller, left guard Denzelle Good, center Rodney Hudson, right guard Gabe Jackson and Brown, who was playing for the first time since the season opener due to a calf injury.

Brown practiced on Monday, but the team was off on Tuesday.

“We’re listening to the league and they’re advising us on what to do,” Gruden said. “We used other linemen and adjusted practice. We’ll have five [offensive linemen] on Sunday. We’ll be ready to go.”

Raiders quarterback Derek Carr insisted he would be comfortable with whoever comprises his offensive line because he already has experience with the personnel.

Still, the Buccaneers’ 22 sacks are tied for second most in the NFL.

“What’s crazy is … whoever’s out there, that’s who’s out there,” Carr said. “Nobody cares about this or that. They just see the win-loss and that’s all that matters in this business. So with that said, we came in with the mindset today like, Oh, dang, you feel bad for those guys. You feel for them, you pray for them, make sure they’re OK, make sure their families are OK. But at the same time, we have a job to do while we’re here, so you have to compartmentalize a little bit. You have to separate the two. Once you step on the field, hey, we have to act like this is game day. We have to act like this is the group we’re rolling out with, so get ready to play.

Rivera to coach through last 3 weeks of treatment