Sienna Miller Reflects on How the Media Fallout From…

Coronavirus: US doctor who has worked 258 days straight… 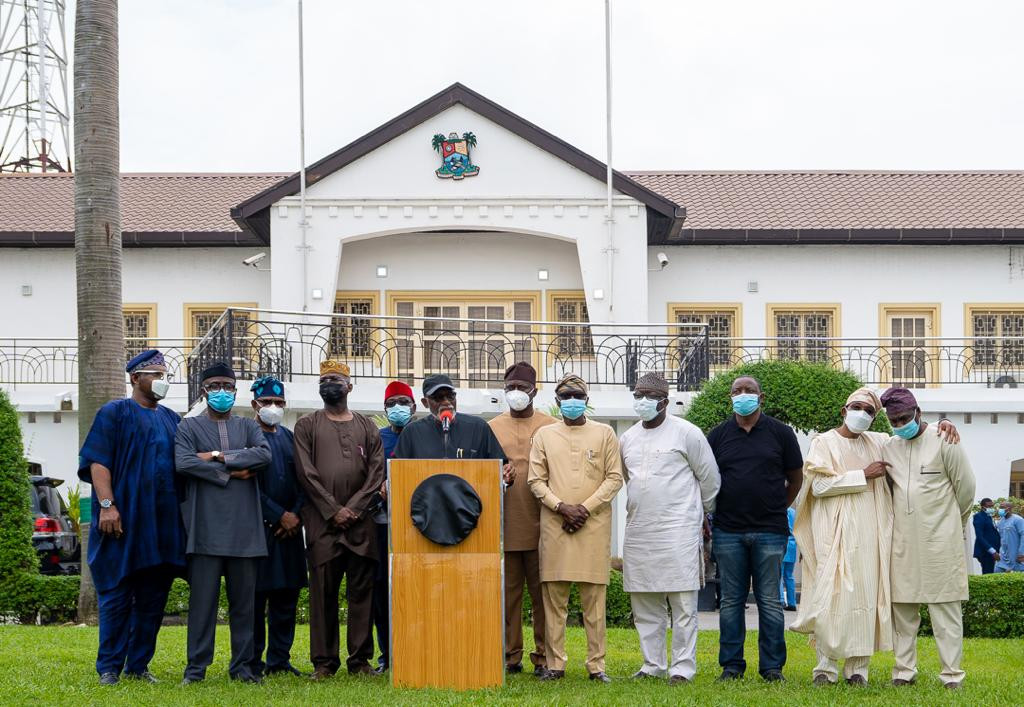 Some South West governors and ministers on Sunday October 25, paid a condolence visit to Governor Babajide Sanwo-Olu following attacks by hoodlums on various private and state-owned facilities across Lagos state.

The governors and ministers met with Governor Sanwo-Olu at the government house in Marina today. 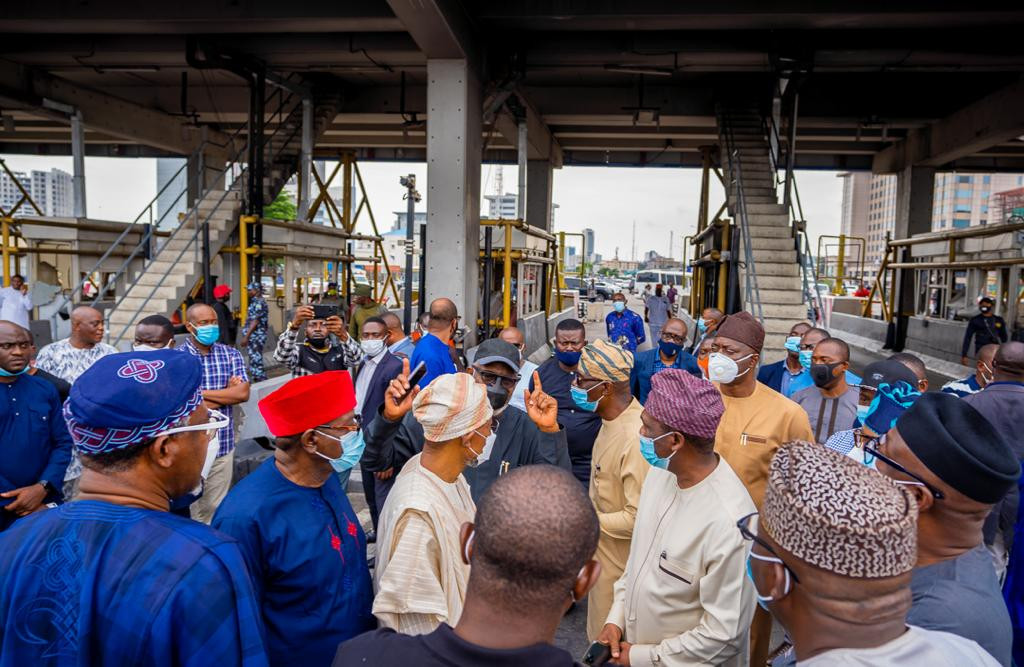 The governors who spoke at the meeting said the coordinated attacks were an attempt to weaken the Southwest economy.

Gboyega Akosile who is the chief press secretary to Governor Sanwo-Olu gave updates from the meeting via his Twitter handle. Read below 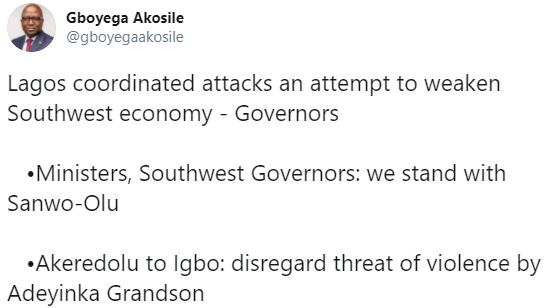 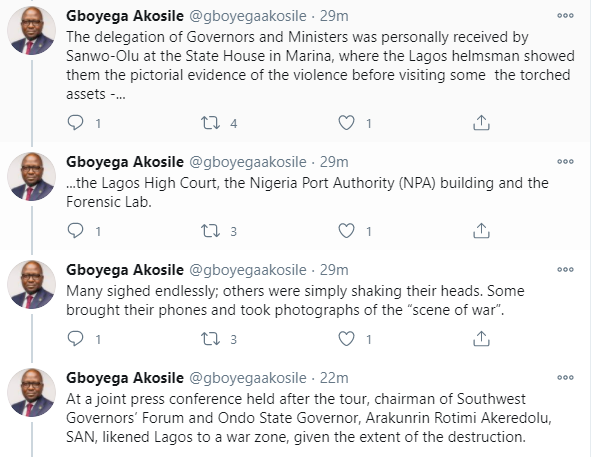 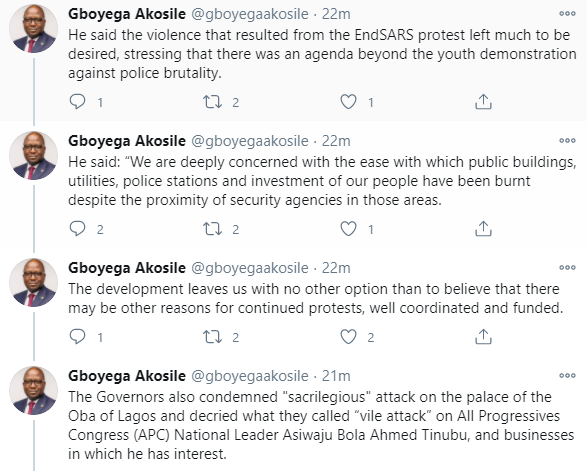 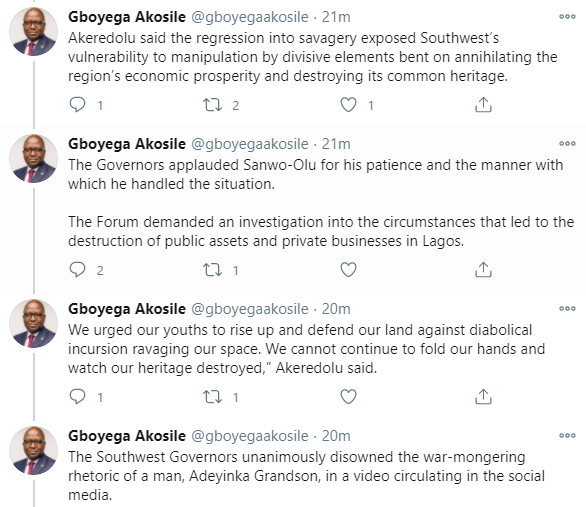 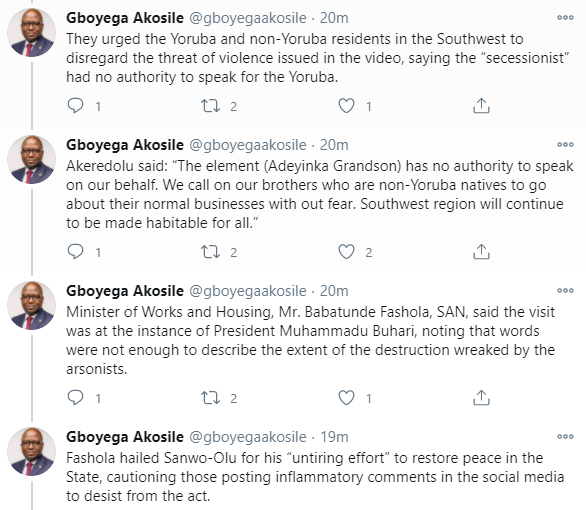 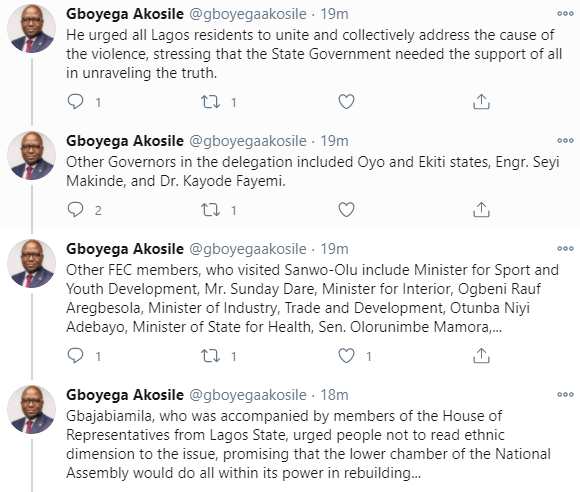 Joe Biden: Covid vaccination in US will not be mandatory

Ravens down to just McSorley after RG III hits IR