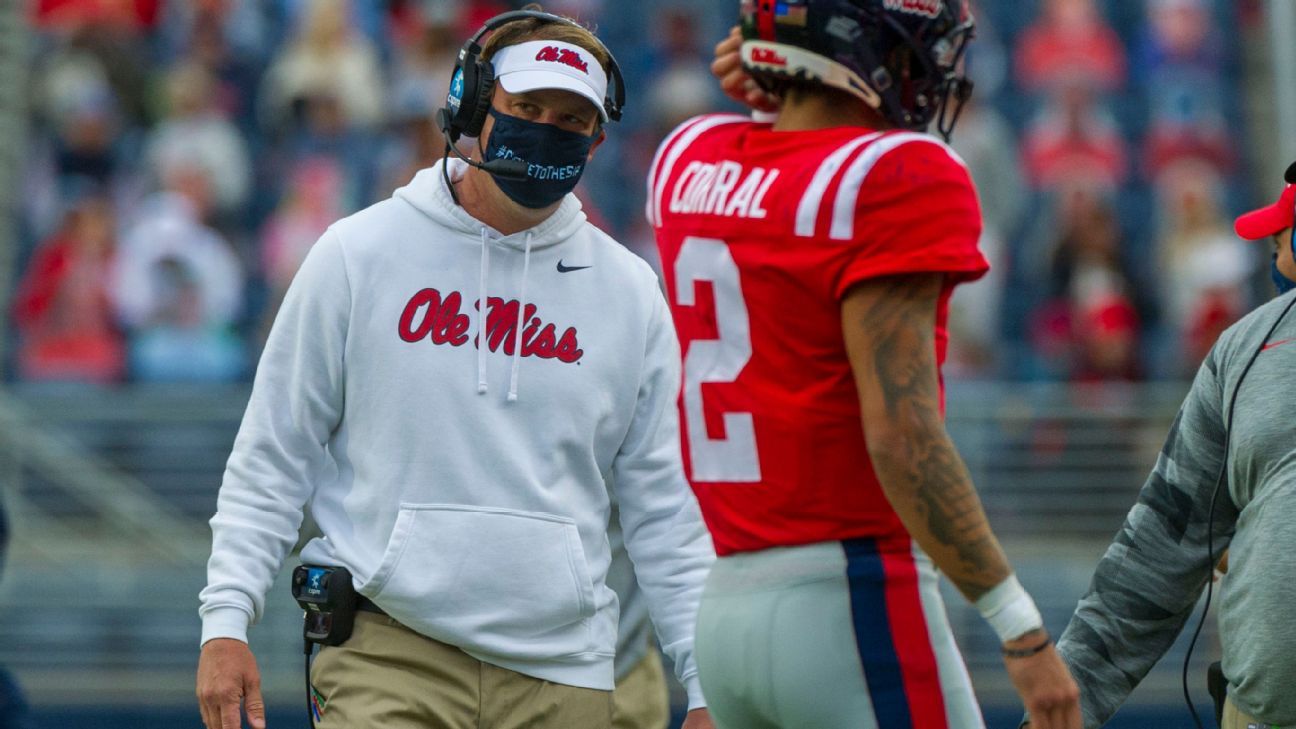 The SEC acknowledged Monday that it should have stopped play to review a fourth-quarter kickoff during the Auburn–Ole Miss game Saturday that appeared to show Auburn’s Shaun Shivers contact the football.

Ole Miss led by 1 with 5:43 left when a kickoff appeared to graze Shivers’ finger before it went into the end zone, where the referee ruled a touchback and blew the play dead. Instead of the play resulting in a fumble, Auburn kept possession and went on to score a winning touchdown on the drive, dropping Ole Miss to 1-4.

Ole Miss coach Lane Kiffin said afterward that referees told him the play was briefly reviewed and upheld, and he later took to social media where he retweeted a post that called SEC officiating a disgrace.

According to a statement released Monday, Kiffin’s fine was for “his use of social media Saturday after the game made in violation of SEC Bylaw 10.5.”

The bylaw states, in part, that “Criticism of officials or the officiating program by institutional personnel is absolutely prohibited” and comments on officiating “are to be directed only to the Conference office.”

The SEC did acknowledge that further review of the play was warranted.

“Because the play was not appropriately stopped for further review, the necessary slow-motion view of the play was not viewed by the replay official to determine if the ruling on the field should have been reversed,” the statement said.

After the game, Kiffin told reporters, “Someone said postgame it looked like his finger definitely moved, but whatever.”

On Monday, Kiffin said, “everybody in the country could see it hit him.”

“I asked the side judge,’ Why aren’t they replaying it? Do I need to challenge it?’ He said, ‘They’ve already looked at it. There’s nothing there,'” Kiffin said. “I’m not allowed to say anything about the conversation, but I really wish that our fans and players could hear what I was told.”

Kiffin took to social media again after news of the fine, this time retweeting a reporter for The Athletic, who wrote, “Lane Kiffin: Replay blew it

Ole Miss will go on the road to play Vanderbilt on Saturday.

Magic Johnson, Trae Young and others react to Baylor’s victory

Pitt joins BC, says it will sit out bowl season