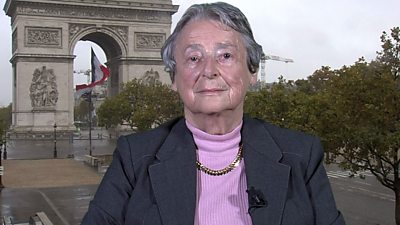 There is a growing opposition to the French concept of state secularism or laïcité, the president of the Council of Elders for Secularism has said.

Dominique Schnapper, who advises the French government on secularism in education, told Hardtalk’s Stephen Sackur that some Muslim parents in France did not want their three, four or five-year-old daughters mixing with boys at school.

Some fathers stand outside the school courtyard where children are playing to check their daughter is not playing with boys, she explained.

“That’s an issue, that’s an issue for a democratic society whether there is laïcité or not, and we do not have to accept that,” she said.

Laïcité decrees that the public space – whether classrooms, workplaces or ministries – should be free of religion.

debate over secularism and free speech has grown in France following the beheading of teacher Samuel Paty who showed controversial cartoons of the Prophet Muhammad to his pupils.Watch the full interview on Wednesday 28 October 2020 on BBC World News or BBC iPlayer (UK only).Click Here to Visit Orignal Source of Article https://www.bbc.co.uk/news/world-europe-54720749

Brady, Big Ben are about to become the most-sacked QBs ever: How they got here, and who’s next