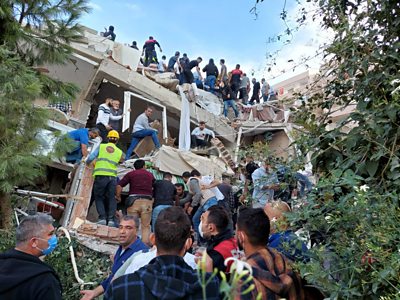 At least four people have died after a powerful earthquake centred off Turkey’s Izmir province struck the Aegean sea. The 7.0 magnitude quake has affected several Greek islands and could be felt as afar as Athens and Istanbul.

The tremor triggered rising sea levels in the area, causing a mini-ssunami that has caused flooding to parts of Izmir and the Greek port of Samos.

Both countries lie on some of the world’s most active fault lines meaning earthquakes are common. Rescue operations are ongoing in Izmir, Turkey’s third largest city after.

India and Pakistan to open Kartarpur corridor to Sikh temple