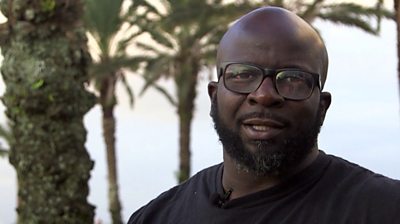 Davion Hampton from Florida wants to vote in this US election. But he can’t.

Former prisoners like him had their voting rights restored in 2018, when Florida voters passed Amendment Four.

But Republican lawmakers decided that a jail sentence was only complete when all prison fines and fees had been paid.

While state officials feel it’s part of his punishment, campaigners believe thousands like Davion are being denied a say in what could be a pivotal state in the US election.

US Election 2020: Biden and Trump in last weekend dash round swing states