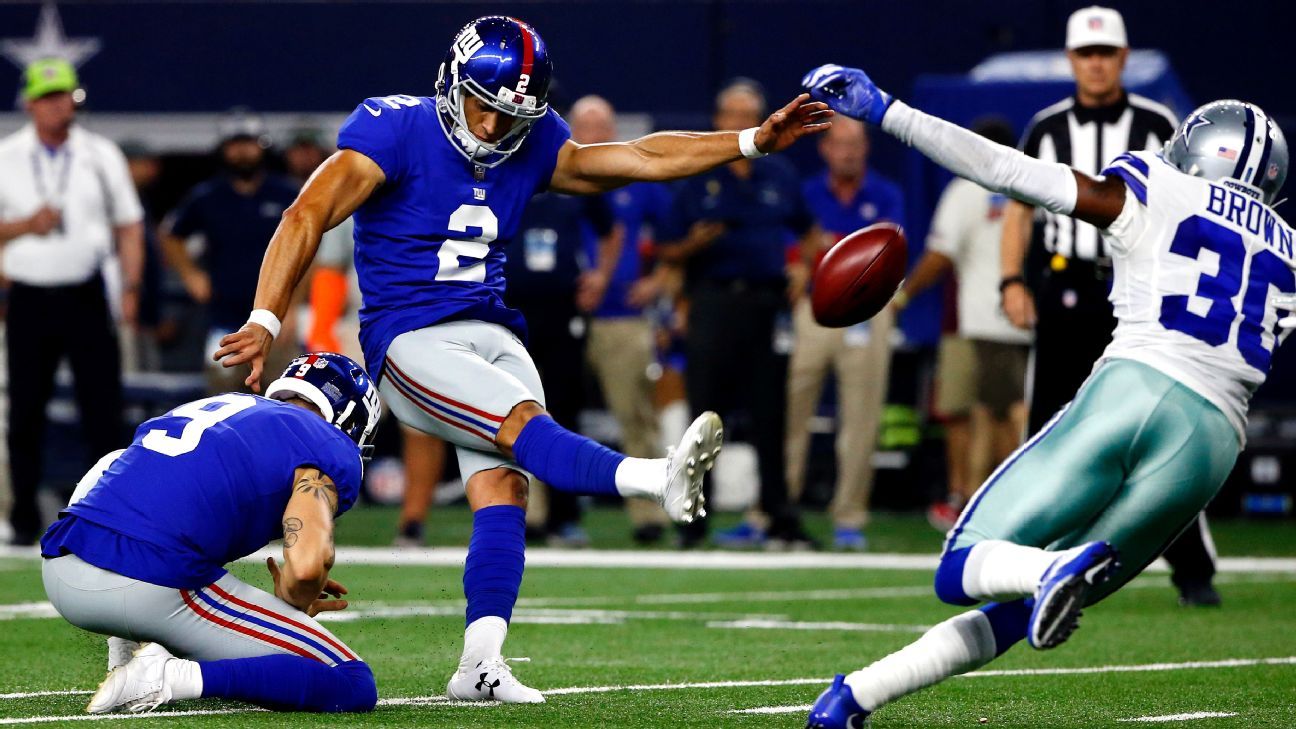 The NFL has suspended kicker Aldrick Rosas for four games as punishment for violating the league’s code of conduct policy.

A Pro Bowler with the New York Giants in 2018, Rosas was charged with three misdemeanors stemming from a hit-and-run crash in Butte County, California, in June. Rosas was released by the Giants in July.

He played most recently for the Jacksonville Jaguars and went 4-of-5 on field goals and made his only PAT attempt in a Week 4 loss to the Cincinnati Bengals.

Rosas, 25, was injured in that game and placed on the Jags’ practice squad injury list. He was released by the team on Friday.

‘My parents had hearts of gold, they didn’t deserve it’