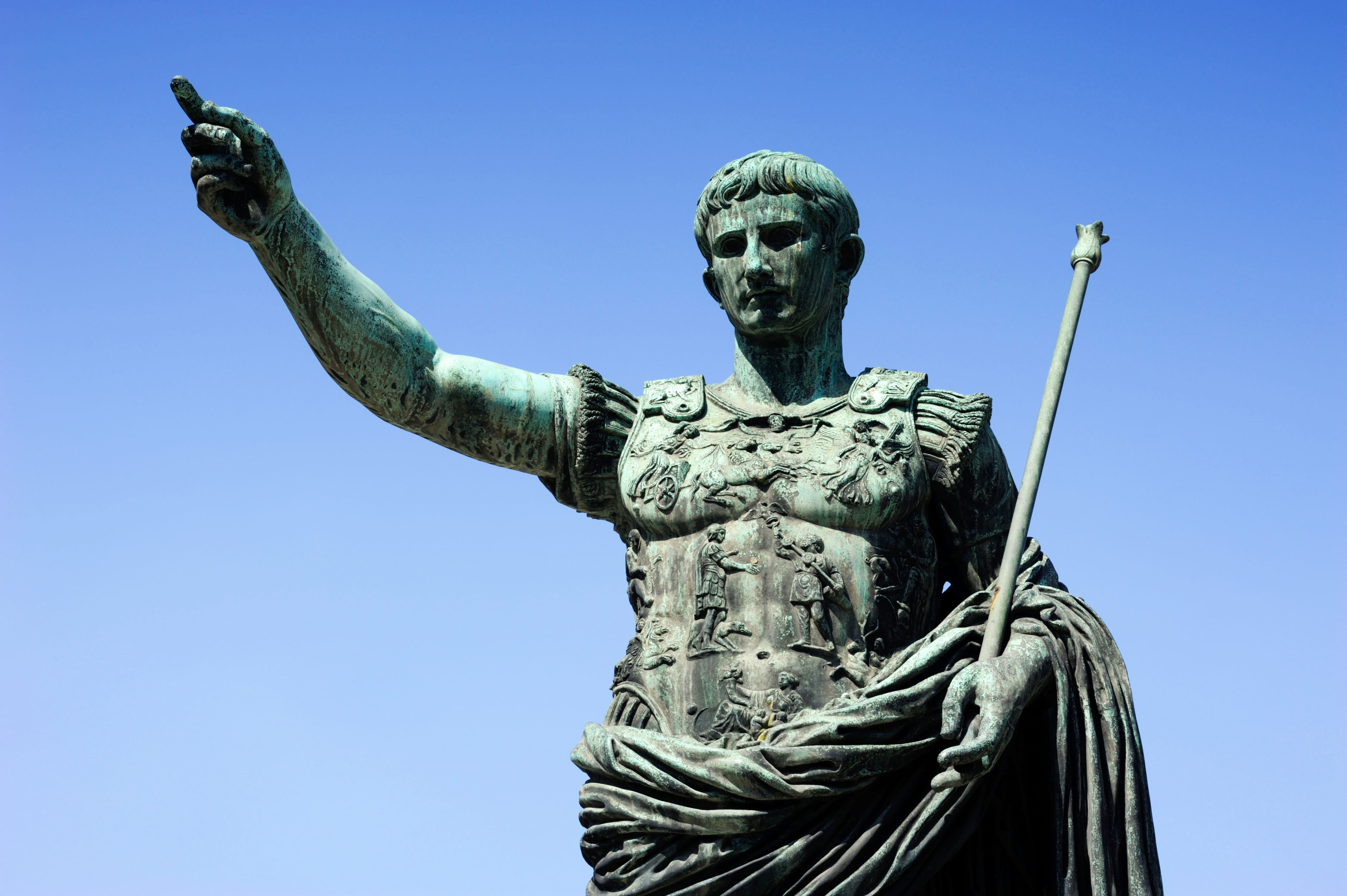 “Can we do, like, a big fucking triangle-shaped thingy? I’m talking big. I don’t know how you’re gonna do it, but that’s what I want.” —King Djoser, talking to Egyptian contractors about his funeral arrangements

“You thought that was good? Wait till you get a load of this one!” —Homer, just before dropping the Odyssey

“When you say, ‘forty days and forty nights,’ do you mean, like, in a row?” —Noah, just trying to clear things up

“Boy, oh, boy, Brutus! What a lovely March afternoon. Is it a good day for some Ides, or what?” —Julius Caesar, right before a bunch of dudes stabbed him to death

“No, no, no! Listen, I love your passion. I just think that you should maybe consider learning some sort of a trade. Like carpentry or masonry or something, just in case it doesn’t work out. You don’t want to be going into your thirties without some sort of a backup plan.” —Joseph, expressing his doubts on Jesus’ future

“Let him do what he wants.” —Mary, subtly implying that Joseph drop it

“Isn’t it funny that I’m their king, but I don’t know a single dude named Frank?” —Charlemagne

“Hey, look what I can make this dead sheep’s stomach do! HONK!” —Whoever invented bagpipes

“I DON’T LIKE CATHOLIC CHURCH NO MORE!” —Martin Luther

“I DON’T LIKE MARTIN LUTHER NO MORE!” —The Roman Catholic Church

“I see what you’re doing. You’re just mimicking me.” —The Roman Catholic Church

“CUT IT OUT!” —Martin Luther

“CUT IT OUT!” —The Roman Catholic Church

“I’m just going to have them pointing at each other’s fingers or something.” —Michelangelo, when asked what he was going to paint on the Sistine Chapel’s ceiling

“Nah, it’s the other way around.” —Nicolaus Copernicus

“Can I put a basket underneath it or something? These things are rolling away, and people in the crowd are grabbing them and taking them home as souvenirs and playing catch with them, and it’s just barbaric.” —An executioner, trying to persuade officials to let him modify the guillotine

“Is that them? Are they coming?” —Paul Revere, piecing things together

“Yep, these are bad. I’m gonna have to yank ’em out and put some wood in there or something.” —George Washington’s dentist

“Hold on, I’m gonna take a break and grab something to eat. Let me ‘Ctrl+S’ this so I don’t lose anything.” —Me, right now

“O.K., that way is west, right? I just want everybody to be absolutely sure that we’re going west because if we head east by mistake we’re gonna look like real idiots.” —Meriwether Lewis, double-checking with William Clark

“There are slightly more than a hundred of us. I think that should be enough, no?” —Davy Crockett, at the Alamo

“If I could go back, I would have called it ‘Three and a Half Men.’ ” —Alexandre Dumas, on his regrets

“I call it the ‘Beep Boop Bippity Boppity Beep.’ ” —Samuel Morse, before he figured out a better name for his code

“Ever look at these and just wish they were butter?” —George Washington Carver

“I might just fuck around and win one in physics and one in chemistry.” —Marie Curie, on the Nobel Prize

“I wonder if this mold shit will do anything.” —Alexander Fleming

“Hey, who else wants to take off their shoes and sing songs and have sex?” —The person who invented being a hippie

“So, you want us to go through all that just to walk around for a day or two?” —Neil Armstrong

“Hey, cheer up, fellas. It’s not all that bad. I’ll bet Gordon Lightfoot writes a pretty O.K. song about this one day.” —The captain of the Edmund Fitzgerald

“I think they like me, but I don’t know if they like me.” —Sally Field, before all the other stuff

“I burned my fucking hand with EASY-BAKE!” —The original draft of the Easy-Bake Oven jingle

“Wait, the drummer’s name was Zac?” —Me, figuring out as an adult that my childhood celebrity crush from Hanson was actually a boy named Zac and being forced to examine things about myself that make a little more sense now

Beautiful photo of Keke driver’s wife and their adorable quintuplets

My Doorman Knows What I Did