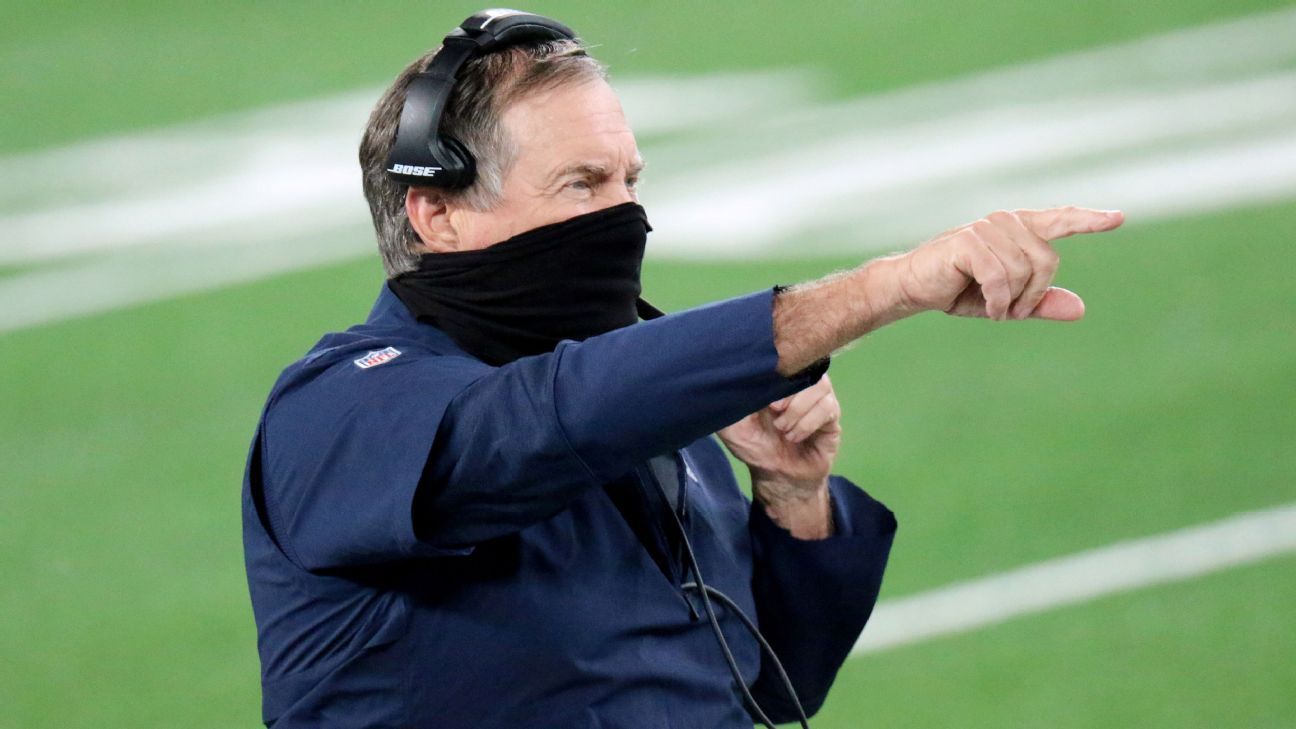 FOXBOROUGH, Mass. — The 3-5 New England Patriots are in the midst of an uncharacteristic losing season, with some pointing to subpar drafts in recent years as a primary reason for the slide, which led coach Bill Belichick to cite the organization’s overall success when questioned on the topic Friday.

“I’d say the most important thing to me is winning games. I’m not going to apologize for our record over the last 20 years. I’ve seen a lot worse,” Belichick said during his regularly-scheduled video conference.

The Patriots have won six Super Bowls in Belichick tenure, and their last losing season was in 2000, Belichick’s first year as coach.

But Belichick is currently overseeing a roster transformation in 2020, his first without quarterback Tom Brady on the roster, which has shined a spotlight on if the team is getting enough of its draft picks.

That ties in to something Belichick recently told Sirius XM NFL Radio — that salary-cap constraints have created a situation where the Patriots don’t have the same level of depth as they have in some past years.

The Patriots host the Baltimore Ravens (6-2) on Sunday night (8:20 p.m. ET, NBC), and after answering two questions on recent draft picks in his morning video conference, a cordial-but-direct Belichick was asked a third and said: “Right now, drafting scorecard, which I understand you want to write about that, which is great — but really trying to focus on getting ready for the Ravens. So I think I’ll leave my attention on that.”

They traded their 2018 second-round pick, cornerback Duke Dawson, prior to the 2019 season. Starting left tackle Isaiah Wynn (first round), running back Sony Michel (first round), linebacker Ja’Whaun Bentley (fifth round) and right end Ryan Izzo (seventh round) remain on the current roster.

Perhaps a catalyst for the Patriots’ recent draft work being put under the microscope is what has unfolded with 2019 first-round pick N’Keal Harry, who hasn’t emerged at the same level as other receivers around the league picked after him, such as second-round picks Deebo Samuel (49ers), A.J. Brown (Titans) and D.K. Metcalf (Seahawks).

Meanwhile, the top of the 2020 class hasn’t contributed much this year, with sixth-round offensive lineman Mike Onwenu the star of the rookies, elevating to a starting role.

Asked if he has any idea why the Patriots have had a harder time getting consistent production from recent draft picks, Belichick touched on his big-picture philosophy.

“Any time you bring a player on to your team, you put him into a role or situation that you think fits him. Sometimes you have to modify that a little bit as you get to know the player. Then you work with him to try to develop that. He competes with other players at whatever position it is, or whatever role it is,” he said.

“Ultimately we choose, I choose, the best player out of that competition. So that’s really the process. I don’t know how else to answer the question. Obviously, each player is different, each player competes with different players, positions are different.”

He later added, “Ultimately we try to put the best team on the field that we can to be competitive, and I don’t really see that changing. So whoever those players are, or aren’t, that’s the responsibility I feel to the team. It’s that competition plays itself out and better players play, whoever they are.”

Tatis: Clash with Machado will make us stronger

Emily Cave: My husband died at 25. Here’s how I’ll remember him