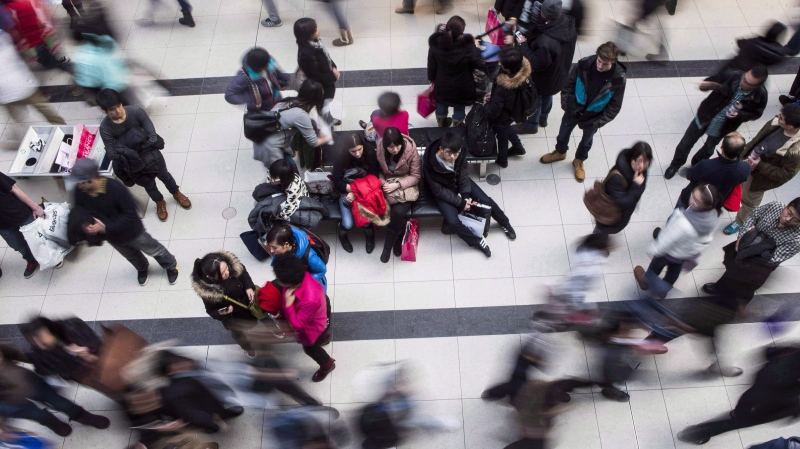 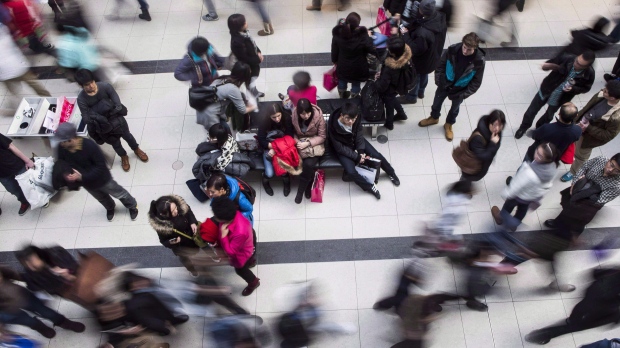 HALIFAX — One of the biggest shopping days of the year is here, just as public health officials impose tighter restrictions in an effort to slow the second wave of the COVID-19 pandemic.

The confluence of Black Friday and rising COVID-19 cases has added what experts are calling an “existential moral dimension” to a retail event that has gradually become part of the holiday shopping season in Canada and a crucial sales vehicle for businesses.

Black Friday, famous for its pre-dawn lineups and hordes of bargain hunters, has increasingly eclipsed Boxing Day as the country’s biggest Christmas shopping event. Yet those wall-to-wall crowds are exactly what makes the shopping spree a potential health hazard in the time of a global pandemic.

“We’re seeing Black Friday fall at a particularly inopportune time in the pattern of infections,” says Tandy Thomas, an associate professor in the Smith School of Business at Queen’s University.

“There’s a lot more moral complexity to Black Friday this year than we’ve ever seen before.”

Critics have long denounced the rampant consumerism of Black Friday, an event that traces its origins to post-Thanksgiving sales in the United States.

However, retailers rely on holiday sales in general — and Black Friday in particular — to survive the slower winter months.

“It’s the No. 1 day for a lot of retailers in Canada,” says retail analyst Bruce Winder. “It’s literally make-it-or-break-it time for many.”

This year, the Black Friday debate has devolved into “virtuous versus sinful,” says Markus Giesler, associate professor of marketing at York University’s Schulich School of Business.

“Black Friday has been reimagined through the lens of the pandemic along moralistic lines,” he says. “There’s an existential moral dimension to Black Friday this year that has amplified the usual debate.”

Whereas previous concerns over Black Friday sales hinged on the ethics of an event in which consumers are pitted against one another in a scramble to get a discounted big-ticket item, sometimes resulting in chaos and violence, the issue now is whether in-store shopping will become a potential super-spreader retail event.

Retailers have acknowledged the risk and encouraged customers to shop early this year. Big box stores, which often attract throngs of people on Black Friday, started promotions as early as October.

They’ve also moved most promotions online to ward off large crowds in store.

Yet despite the online deals, analysts expect some people will still show up in-person on Friday in the hopes of snagging a doorbuster deal.

And they’ll likely be rewarded.

Because it’s such a critical time of year for retailers, Winder says there will still be some “aggressive deals” on Black Friday proper.

“Retailers can’t afford to not have some zingers,” says the author of the book Retail Before, During and After COVID-19. “You’re still going to see some diehards going into stores.”

Even though most deals are just a click away, Giesler with York University says some consumers remain drawn to the immediate gratification of pulling a steeply discounted product off a shelf.

It’s the thrill of a good find in-store, versus the more transactional and utilitarian nature of online shopping, he says.

“There’s probably still going to be an awkward pandemonium in some stores with lineups and crowds,” Giesler adds.

“Overall, it should be a little more subdued, but there will still be some deal-prone consumption. I expect we’ll still see some door crashing.”

Most retailers fortunate enough to remain open are working hard to avoid becoming the site of an outbreak.

Many have bulked up safety measures, like additional hand sanitizing stations and more workers to limit crowds.

“They don’t want to be the store that starts a super-spreader event,” Thomas says. “There’s a moral imperative to not wanting people to get sick in your stores. But there would also be a big PR cost.”

Meanwhile, in-store shoppers may also be motivated by concerns over inventory levels and shipping capacity.

“I can guarantee you there’s going to be capacity issues with the number of pickers and drivers needed to get those packages delivered on time.”

This report by The Canadian Press was first published Nov. 26, 2020.