Our Favorite Under $100 Finds From Coach’s MLK Day… 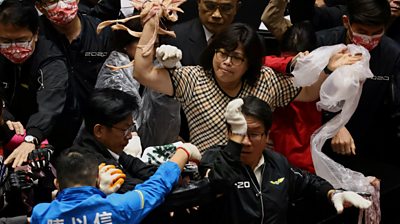 Pig guts were thrown and scuffles broke out in Taiwan’s parliament over the easing of US pork imports.

The government have been criticised for a recent decision to allow pork containing ractopamine in to the country.

The additive ractopamine is currently banned for pig use in Taiwan, as well as in China and the European Union, due to concerns about safety for animals and humans.

Coronavirus capital by capital: How are Europeans coping with shutdown?