What the addition of Dwayne Haskins means for Ben… 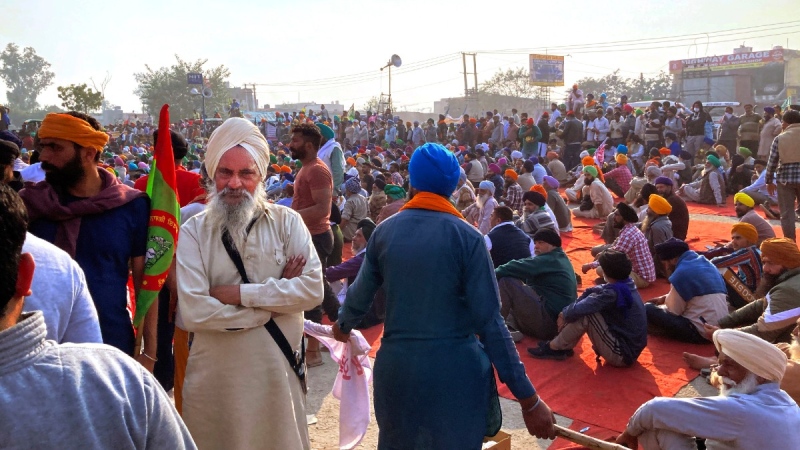 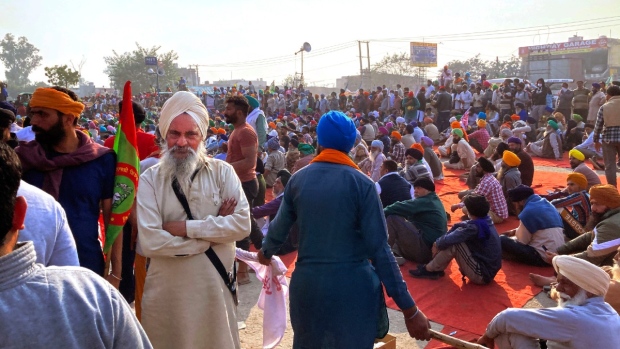 NEW DELHI — Indian Prime Minister Narendra Modi tried to placate thousands of farmers protesting new agriculture laws Monday and said they were being misled by opposition parties and that his government would resolve all their concerns. “The new agricultural laws have been brought in for benefit of the farmers. Reforms are being done in the interest of farmers, which will give them more options,” Modi said during a rally in his political constituency of Varanasi in Uttar Pradesh state.

Modi’s remarks came amid the biggest farmer protests in years. The thousands of farmers who are protesting the recently passed farm laws have blocked highways and hunkered down on the outskirts of India’s capital. The farmers say the new laws could cause the government to stop buying grain at guaranteed prices and result in their exploitation by corporations that would buy their crops cheaply.

The government says the legislation brings about much needed reform that will allow farmers the freedom to market their produce and boost production through private investment.

During the rally, Modi dismissed the farmers’ fears as misplaced and blamed opposition parties for spreading rumours.

“The farmers are being misled on these historic agriculture reform laws by the same people who for decades have misled them,” Modi said, referring to opposition parties who have called the laws anti-farmer and pro-corporation. “Our intentions are as holy as the water of river Ganga.”

Rahul Gandhi, the leader of the main opposition Congress party, accused Modi of crony capitalism and said the laws would benefit corporations.

“Our farmers are standing up against the black laws and have reached Delhi leaving their farms and families behind. Do you want to stand with them or with Modi’s capitalist friends?” Gandhi said in a tweet.

The protests have gone on for at least two months in Punjab and Haryana states but gained nationwide limelight on Thursday when thousands of farmers clashed with police, who used tear gas, water cannons and baton charges to push them back as they tried to enter New Dehli.

Home Minister Amit Shah pressed for talks on Saturday but said the farmers would have to shift their protests to a government-designated venue in New Delhi and stop blocking the highways. The farmers rejected the offer and said they would continue camping out on highways until the laws are withdrawn.

Modi’s ministers are scrambling to find ways to assuage the anger of the farmers, who make up an influential voting bloc across India and particularly in states such as Punjab and Haryana.

Farmers, who are prepared for a long haul and have brought food and bedding in their tractors and trucks, said they would continue their protests.

“The government has become a slave of the corporates. They want to turn us into their slaves as well,” said farmer Sukhwinder Singh Sabhra.

Farmers have long been seen as the heart and soul of India, where agriculture supports more than half of the country’s 1.3 billion people. But farmers have also seen their economic clout diminish over the last three decades. Once accounting for a third of India’s gross domestic product, they now produce only 15% of gross domestic product, which is valued at $2.9 trillion a year.