Biden becomes America’s 46th President as he is sworn… 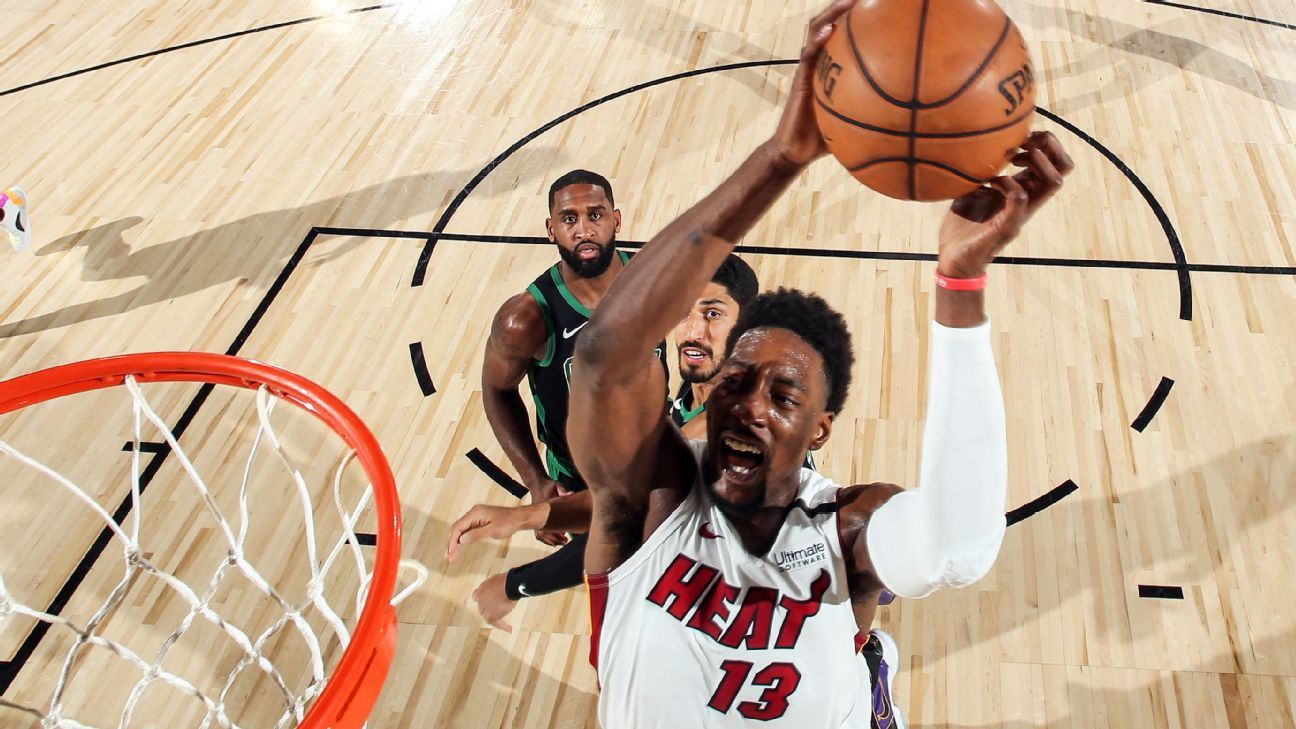 Miami Heat All-Star center Bam Adebayo is not shying away from the lofty goals he has set for his career after recently signing a five-year extension that could be worth almost $200 million.

“I definitely want to be, long time down the road when my career ends, whenever somebody mentions a top-five center or top-five power forward, they always got to mention my name,” Adebayo said during a Friday video conference call with reporters. “That’s how I want to be remembered. Keep changing basketball.”

The 23-year-old helped lead the Heat to an unexpected run to the 2020 NBA Finals and is confident he will continue growing his game over the next few years. In just his third NBA season, the Kentucky product averaged 15.9 points and 10.2 rebounds a game.

Adebayo appreciates that even at his young age, players all over basketball are trying to emulate what he brings to the floor.

“It just shows respect for my game,” Adebayo said. “I feel like I’m trying to change basketball; being a center, being able to play both sides of the ball and being able to pass as well as I can, that’s a difference-maker on a team, especially at the center spot, so it’s respect at all levels.”

Heat players and coaches have repeatedly praised the big man’s work ethic and attitude and are just as confident that Adebayo will leave a long-lasting mark on the league.

“My nickname in the organization is ‘No Ceiling,'” Adebayo said. “So that gives you a point of where I want my game to be. I want to have no ceiling and be the best player that I can be and win this city a championship.”

Adebayo noted that while the responsibility he already felt to win a championship doesn’t change in the wake of his new deal, even he was still trying to wrap his mind around the fact that the Heat showed such an enormous financial commitment and a belief in his talent by inking the new contract.

“That’s how I kind of felt, thinking, like, an organization believes in me to where I’m worth 163, possibly 200 mil,” Adebayo said. “So when you put it in that form, responsibility really kicks in and it really hits home. Now it’s my time to figure out how we can win, how we can get to that level — where we can raise that trophy. That’s my goal. That’s the responsibility that I have, and I’m going to figure that out one way or another.”

The good news for both Adebayo and the Heat is that the shoulder injury he dealt with at the end of the postseason is better and he feels healthy heading into a new season — just seven weeks after finishing the old one.

Reintroducing the 22 teams that can still win the NBA championship

Inside the MLS bubble, positive tests bring tensions to the fore