Buhari May Not Be Aware Of Garba Shehu’s Statement… 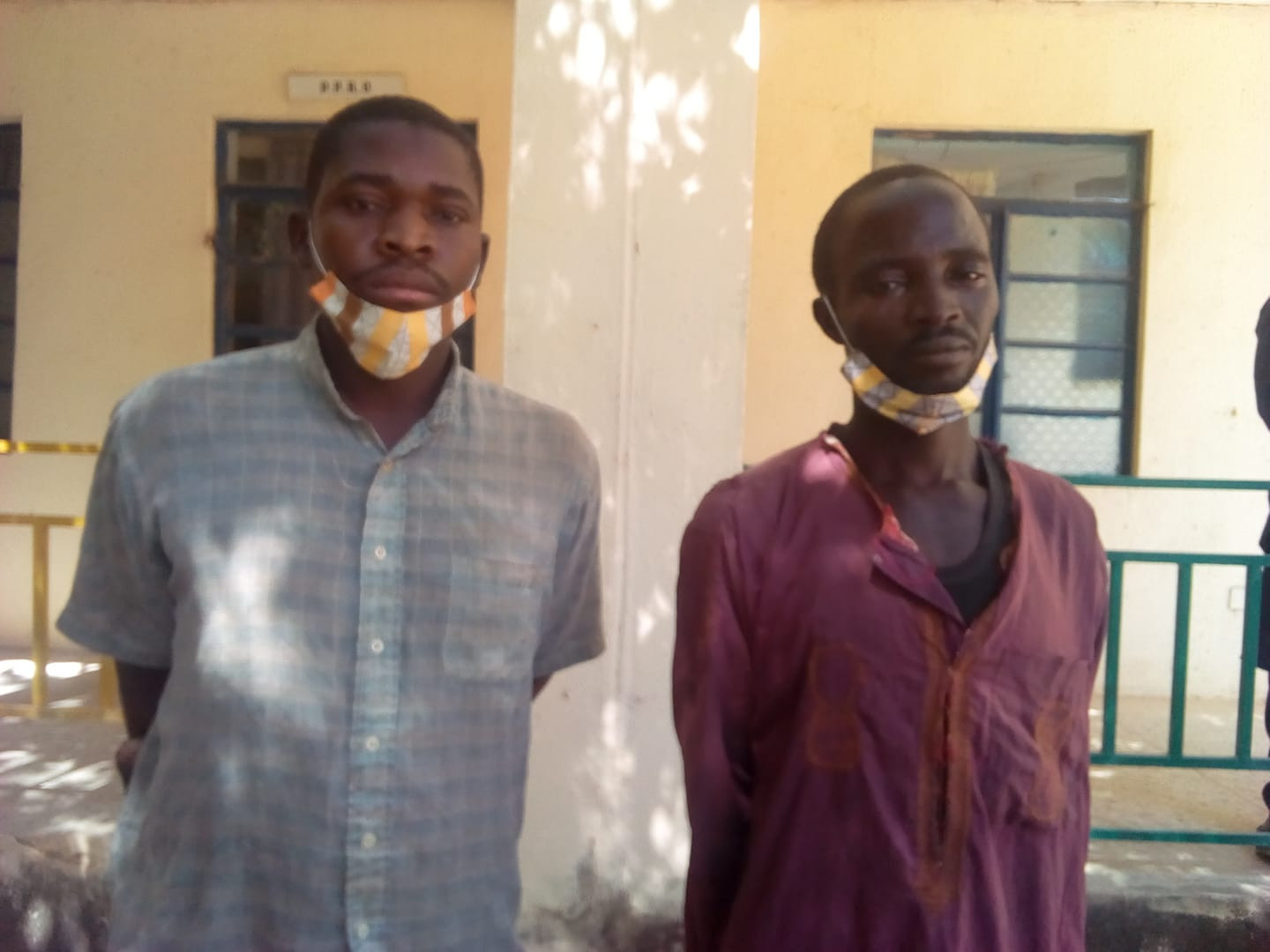 Spokesperson of the command, SP Isah Gambo, who confirmed the development in a statement on Friday, December 4, said that operatives based on tip off, arrested Bilyaminu Ma’aruf, 35, of Kadangaru Quarters, and Sani Umaru, 40, of Gammo village, in Dutsinma LGA, both notorious informants to bandits in the forest.

“In the course of investigation, the suspects confessed to have masterminded the kidnappings of so many residents of Dutsinma area including that of one Amina Usman, ‘F’, aged 20yrs of Dutsinma in which the sum of Nine Hundred Thousand Naira was paid to the kidnappers as a ransom and the sum of twenty thousand naira was given to them as their share of the crime,” said Gambo.

“Furthermore, they also confessed to have provided information to bandits that led to the kidnapping of one Amina Shu’aibu, ‘F’, aged 22yrs of the same address, who later escaped from the hands of the bandits and several other similar kidnappings incidents in the area. Investigation is ongoing.” he added.

Here is why new Big Brother Naija housemate, Dorathy is trending on Twitter

Young Nigerian man commits suicide after being accused of rape by a Twitter influencer. See his suicide note

Pakistan plane crash: Two people pulled out alive from wreck of Airbus A320 that crashed in Karachi after ‘both engines failed’ (Photos)