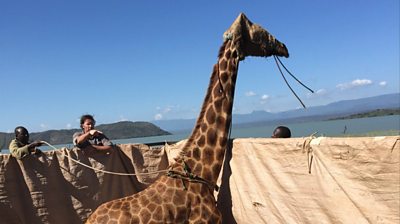 Giraffes are being rescued by raft in Kenya after the peninsula where they live was cut off by flooding, forming a new island.

The eight Rothchild’s giraffes being rehomed represent an estimated one percent of the increasingly rare species in the country, according to the charity Save Giraffes Now.

This is how the rescue operation – and its specially designed rafts – are helping to save them.

US election: Do postal ballots lead to voting fraud?

US pushes ahead with new rules for Chinese firms