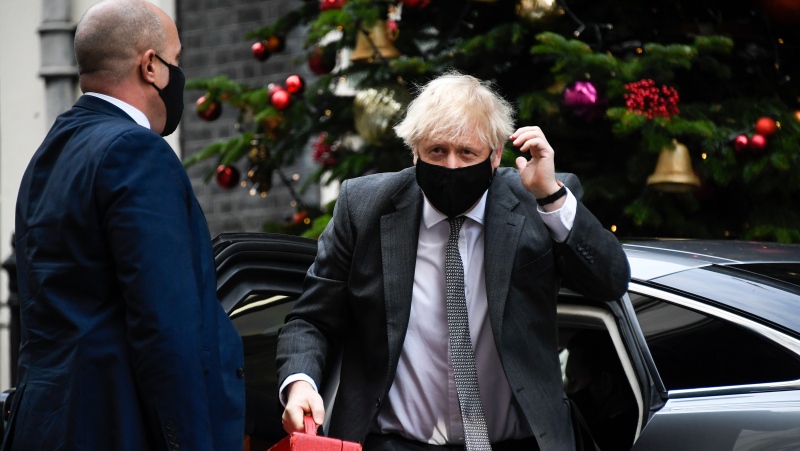 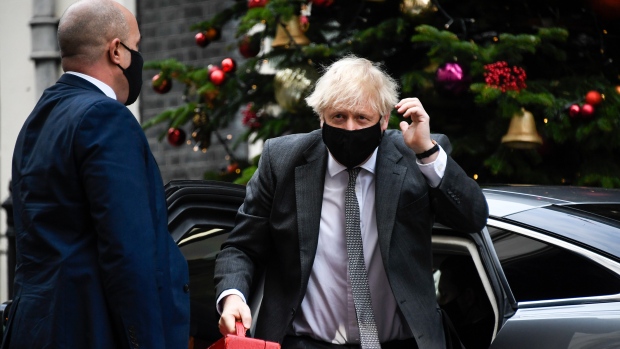 LONDON — On the eve of the U.K.’s seismic economic split from the European Union, British lawmakers were being asked to turn a 1,200-page trade agreement with the bloc into law in a single day on Wednesday.

Just after the EU’s top officials formally signed the hard-won agreement in Brussels, Prime Minister Boris Johnson urged legislators in the House of Commons to back a deal that he said heralded “a new relationship between Britain and the EU as sovereign equals.”

The U.K. left the EU almost a year ago, but remained within the bloc’s economic embrace during a transition period that ends at midnight Brussels time — 11 p.m. in London — on Thursday.

The deal will then enter into force, if Britain’s Parliament has approved it. The European Parliament also must sign off on the agreement, but is not expected to do so for several weeks.

European Commission President Ursula von der Leyen and European Council President Charles Michel signed the agreement during a brief ceremony in Brussels on Wednesday morning. The documents were then being flown by Royal Air Force plane to London for Johnson to add his signature.

It has been four-and-a-half years since Britain voted by 52% to 48% to leave the bloc that it had joined in 1973. The real repercussions of that decision have yet to be felt, since the U.K.’s economic relationship with the EU remained unchanged during the 11-month post-Brexit transition period.

That will change on New Year’s Day. The agreement, hammered out after more than nine months of tense negotiations and sealed on Christmas Eve, will ensure Britain and the 27-nation EU can continue to trade in goods without tariffs or quotas. That should help protect the 660 billion pounds ($894 billion) in annual trade between the two sides, and the hundreds of thousands of jobs that rely on it.

But the end to Britain’s membership in the EU’s vast single market and customs union will still bring inconvenience and new expense for both individuals and businesses — from the need for tourists to have travel insurance to the millions of new customs declarations that firms will have to fill out.

Brexit supporters, including Johnson, say any short-term pain will be worth it.

Johnson said the Brexit deal would turn Britain from “a half-hearted, sometimes obstructive member of the EU” into “a friendly neighbour — the best friend and ally the EU could have.”

He said Britain would now “trade and co-operate with our European neighbours on the closest terms of friendship and goodwill, whilst retaining sovereign control of our laws and our national destiny.”

Some lawmakers griped about being given only five hours in Parliament to scrutinize a deal that will mean profound changes for Britain’s economy and society. But it is highly likely to get backing from the House of Commons, where Johnson’s Conservative Party has a large majority.

The party’s powerful euroskeptic wing, which fought for years for the seemingly longshot goal of taking Britain out of the EU, has backed the deal.

The strongly pro-EU Scottish National Party and Liberal Democrats plan to vote against the bill. But the main opposition Labour Party, which had sought a closer relationship with the bloc, said it would vote for the agreement because even a thin deal was better than a chaotic no-deal rupture.

“We have only one day before the end of the transition period, and it’s the only deal that we have,” said Labour leader Keir Starmer. “It’s a basis to build on in the years to come.”

Former Prime Minister Theresa May, who resigned in 2019 after three years of Brexit acrimony in Parliament, said she would vote for Johnson’s agreement. But she said it was worse than the one she had negotiated with the bloc, which lawmakers repeatedly rejected.

She noted that the deal protected trade in goods but did not cover services, which account for 80% of Britain’s economy.

“We have a deal in trade, which benefits the EU, but not a deal in services, which would have benefitted the U.K.,” May said.

The Office Cast: Where Are They Now?