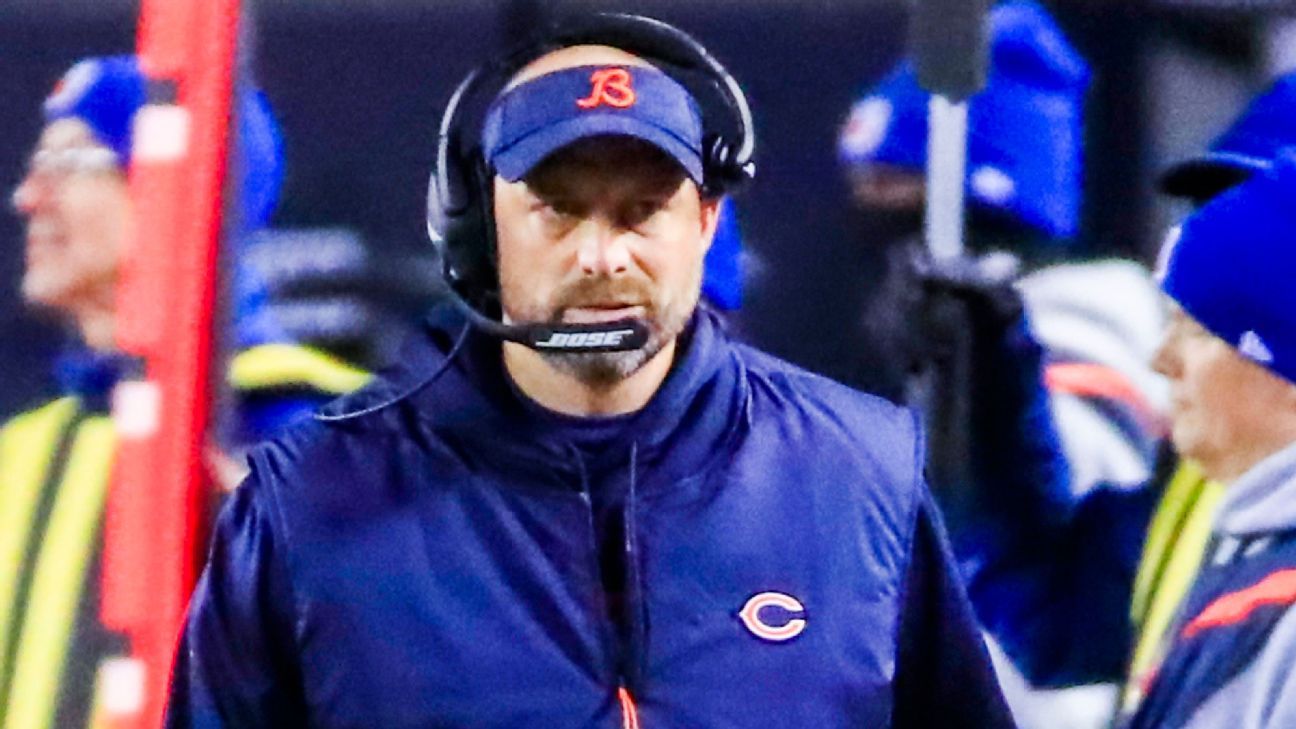 Bears chairman George McCaskey praised Nagy’s ability to navigate the team through a six-game losing streak this season and help lead Chicago to the playoffs, but he also announced that neither Nagy nor Pace will receive contract extensions.

League sources confirmed to ESPN on Tuesday that veteran defensive coordinator Chuck Pagano has decided to retire after two years with the Bears.

The fates of Nagy and Pace had been uncertain after the Bears lost eight of 11 to end the season and finished 1-7 versus playoff teams in 2020.

Nagy — named NFL Coach of the Year in 2018 — has guided the Bears to two postseason berths in the past three years. Pace just completed his sixth year as Chicago’s GM.

Pagano, 60, spent just two seasons in Chicago after a six-year run as head coach of the Colts. He was hired by the Bears on Jan. 11, 2019, to replace decorated defensive coordinator Vic Fangio, who left to become head coach of the Denver Broncos.

In Pagano’s first season, the Bears’ defense lead the NFC in points allowed per game (18.6) and ranked second in the conference in net yards per game (324.1).

Chicago’s defense again appeared to be the club’s strength in the early parts of the 2020 season, but the group’s performance leveled off as the year wore on. Chicago ended the regular season 15th in run defense and 11th versus the pass as the Bears (8-8) backed into the playoffs in Week 17.

Chicago was eliminated from the postseason by the New Orleans Saints in a 21-9 loss Sunday in the Superdome.

In six seasons as head coach of the Colts, Pagano went 53-43 in the regular season and 3-3 in the playoffs.

Airbnb to block, cancel reservations in D.C next week