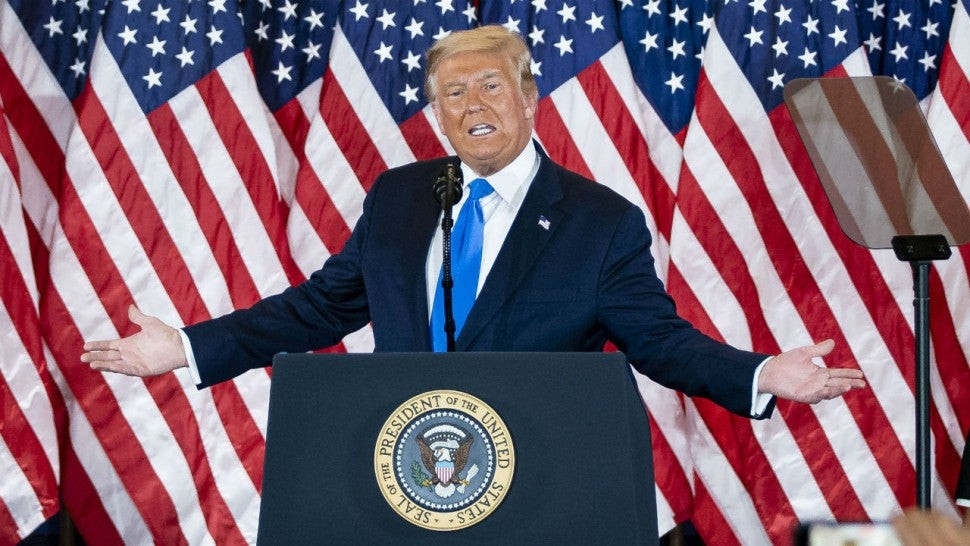 The US House of Representatives has impeached President Donald Trump for “incitement of insurrection” at last week’s Capitol riot, which claimed the lives of five people including a police officer.

The Republican is now the first president in US history to be twice impeached by Congress.

The article of impeachment, for “incitement of insurrection,” was adopted by the Democratic-controlled House, 232 to 197, after several hours of debate. A group of 10 Republicans joined Democrats in voting to impeach Trump.

It was also stated in the article that Mr. Trump “repeatedly issued false statements asserting that the presidential election results were fraudulent and should not be accepted”.

It says he then repeated these claims and “willfully made statements to the crowd that encouraged and foreseeably resulted in lawless action at the Capitol”, leading to the violence and loss of life.

“President Trump gravely endangered the security of the United States and its institutions of government, threatened the integrity of the democratic system, interfered with the peaceful transition of power, and imperiled a coequal branch of government.”

House Speaker Nancy Pelosi, a Democrat, said on the House floor: “The president of the United States incited this insurrection, this armed rebellion against our common country.

“He must go. He is a clear and present danger to the nation that we all love.”

Mr. Trump, who is due to leave office on 20 January, following his election defeat last November to Democrat Joe Biden, will now face a trial in the Senate, where if convicted he could face being barred from ever holding office again.

In December 2019, House Democrats impeached President Trump on charges of abuse of power and obstruction of Congress, but the Republican-controlled Senate voted not to convict him.

“I don’t want to talk about Buhari’s administration. It’s best for my sanity”- Wole Soyinka (video)