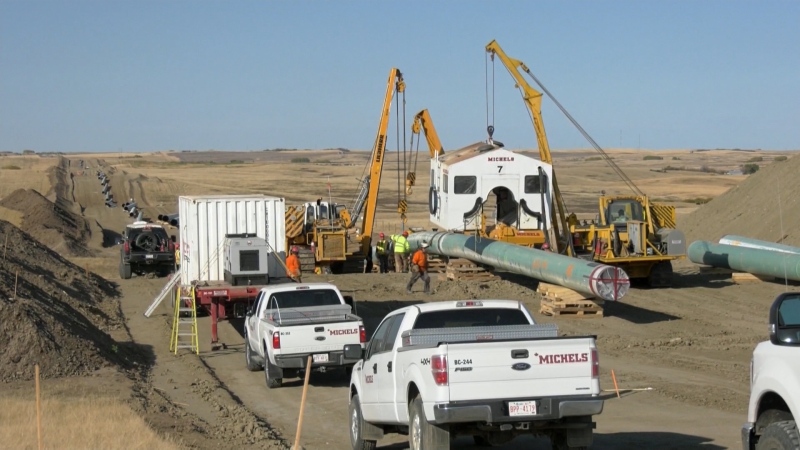 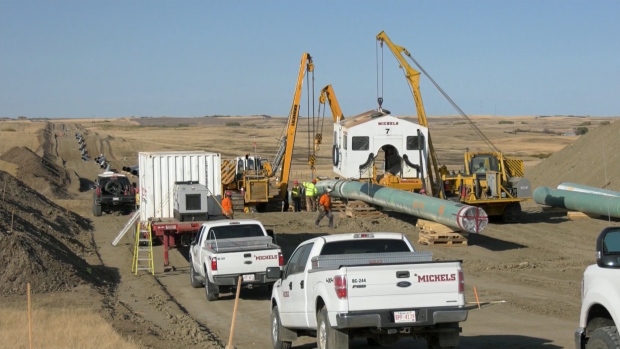 CALGARY — Alberta’s premier is touting the idea of a Canada-U.S. trade war if President Joe Biden doesn’t revisit his decision to cancel the permit for the Keystone XL oil pipeline.

Jason Kenney took to Twitter late Wednesday to express his disappointment, noting “Alberta’s deep economic ties to the United States with $100 billion worth of exports and strong connections that go back over a century.”

He likened the situation to when former President Donald Trump imposed tariffs on Canadian steel and aluminum.

“That’s not how you treat a friend and ally,” said Kenney. “We are not asking for special treatment, simply the same response that Canada’s government had when other areas of our national economy were under threat from the U.S  government.”

The United States is our most important ally & trading partner.

As friends & allies, we are deeply disturbed that one of @POTUS first actions was to rescind the Presidential permit for Keystone XL Pipeline border crossing.

That’s not how you treat a friend & ally.
My statement: pic.twitter.com/v2vRrs5vPn

Biden put pen to paper on a series of executive orders on his first day in office, and made good on his election campaign promise to cancel the $8 billion USD pipeline project.

TC Energy has since suspended construction on the 2,735-kilometre (1,700-mile ) pipeline from Hardisty, Alta. to Steele City, Neb., which would have carried more than 800,000 barrels of bitumen each day from Alberta’s oil sands to refineries along the U.S. Gulf Coast.

Prime Minister Justin Trudeau released a statement of his own Wednesday, saying Canada championed for the project and “made its case to high-level American officials” last November.

“Canada is the single-largest supplier of energy to the United States, contributing to U.S. energy security and economic competitiveness, and supporting thousands of jobs on both sides of the border.”

Trudeau acknowledged Biden’s commitment to a campaign promise but says the decision to halt the pipeline will hurt workers in the energy sector.  He pledged “workers in Alberta, Saskatchewan, and across Canada will always have support.”

Canada’s Ambassador to the United States, Kirsten Hillman notes that Canada has to accept the project’s fate.

“I supported KXL and I believed that Ottawa should have been given an opportunity to discuss with Biden before he signed the EO (executive order),” read a tweet from Bratt. “But launching a trade war over a partially completed pipeline is a really bad idea.

“The comparison with steel and aluminum tariffs is not the same. If Biden had put tariffs on Canadian oil exports that would be a comparison.”

The comparison with steel and aluminum tariffs is not the same. If Biden had put tariffs on Canadian oil exports that would be a comparison. Not an EO rescinding a permit for a project being constructed that was signed by his predecessor.

Premier Kenney says Alberta won’t go down without a fight. The premier did not say how Alberta would respond if Trudeau did not act on imposing U.S. sanctions, only saying it would “force us to go further in our fight for a fair deal in the federation.”

The Govermment of Alberta hasretained legal counsel in both countries to give advice on seeking compensation.

A History of the Most Fascinating First Family Code Names