Who our experts are picking to win on NBA… 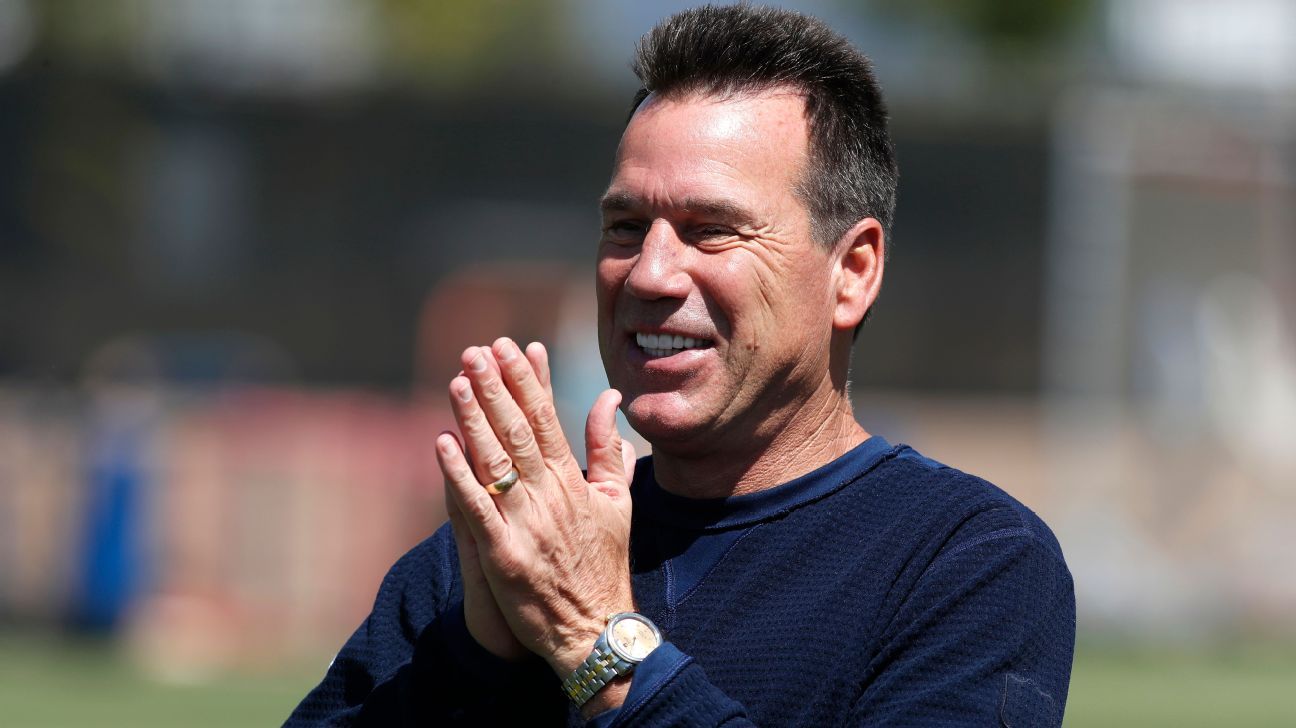 MINNEAPOLIS — The Minnesota Vikings will soon begin searching for their sixth offensive coordinator since 2014.

Gary Kubiak, who has been with the franchise since 2019 and spent last season as the Vikings’ offensive coordinator, announced his retirement from the NFL on Thursday after 36 seasons as a coach and player.

“I’ve been on a football field for most of my life, and now I look forward to stepping away from the game and enjoying more time with my family and friends,” Kubiak said in a statement. “I offer my sincere thanks to the owners and fans of the Minnesota Vikings, Denver Broncos, Baltimore Ravens, Houston Texans and San Francisco 49ers for giving me opportunities to be a part of this great game and for treating me and my family so well over the years.

“I’ll miss the competition, the planning, game days and being part of a team. But, more than anything, I’ll cherish the friendships I’ve made along the way with players, coaches and staff. I love the game of football and will forever be its biggest fan.”

This is the second time Kubiak has announced his retirement from football in the last four years. Citing health concerns following the 2016 season, Kubiak retired as the head coach of the Broncos one year after leading Denver to a championship in Super Bowl 50. He is the only person in NFL history to have played in the Super Bowl and later won it as a head coach with the same team.

Kubiak returned to the Broncos six months after retiring in 2017 and worked with the scouting staff as a senior personnel adviser for two seasons. He was hired by Vikings coach Mike Zimmer in 2019 to preside over the offense as an adviser and assistant head coach while Kevin Stefanski called plays as the offensive coordinator. Once Stefanski was hired as the head coach of the Cleveland Browns, Kubiak took over coordinator duties.

“Gary did a tremendous job with us at the Vikings over the past two seasons,” Zimmer said. “I have a great deal of respect for him as a coach and as a person, and I’m glad I was able to coach with him. He has had one heck of an NFL career as a player, assistant coach and head coach, and I am really happy for Gary and his wife Rhonda as they head off to their ranch. We will all miss Gary at the Vikings organization and wish him the very best.”

In Kubiak’s one season as offensive coordinator, the Vikings finished fourth in total offense and 11th in scoring, with quarterback Kirk Cousins rebounding from throwing 10 interceptions in his first six games to finishing a 7-9 campaign with a career-high 35 touchdowns.

Running back Dalvin Cook earned MVP consideration while rushing for a career-high 1,557 yards and 17 total touchdowns while Justin Jefferson broke the franchise’s record for catches and receiving yards as a rookie and is second all-time with 1,400 receiving yards in his first NFL season.

According to several league sources, the Vikings are considering promoting from within to fill the offensive coordinator opening. Kubiak’s son, Klint, arrived with his father in 2019 as the Vikings’ quarterbacks coach and could be in line to take over his father’s post. Klint Kubiak, 33, has never called plays in the NFL.

UConn still atop AP poll; NC State back at No. 2