What I Think About Abduction Of Nigerian Schoolgirls —Aisha… 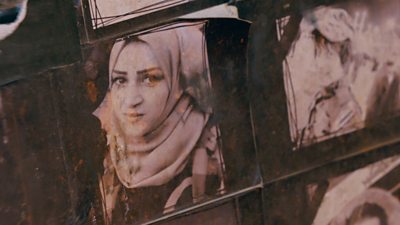 On 6 July 2020, Hisham al-Hashimi, security adviser to Iraq’s prime minister, was murdered outside his home in Baghdad.

As a fearless critic of the men of violence on both sides of Iraq’s sectarian divide, Hisham was not short of enemies. But who killed him and why?

Ramita Navai and the BBC News Arabic team set out to investigate his death, the killings of several activists and the growing power of Shia militias in a year that saw the US reduce its military presence in Iraq.

Holocaust Memorial Day 2021: ‘It’s sad when I sit there alone’

Climate change: Why are US senators wearing this symbol?