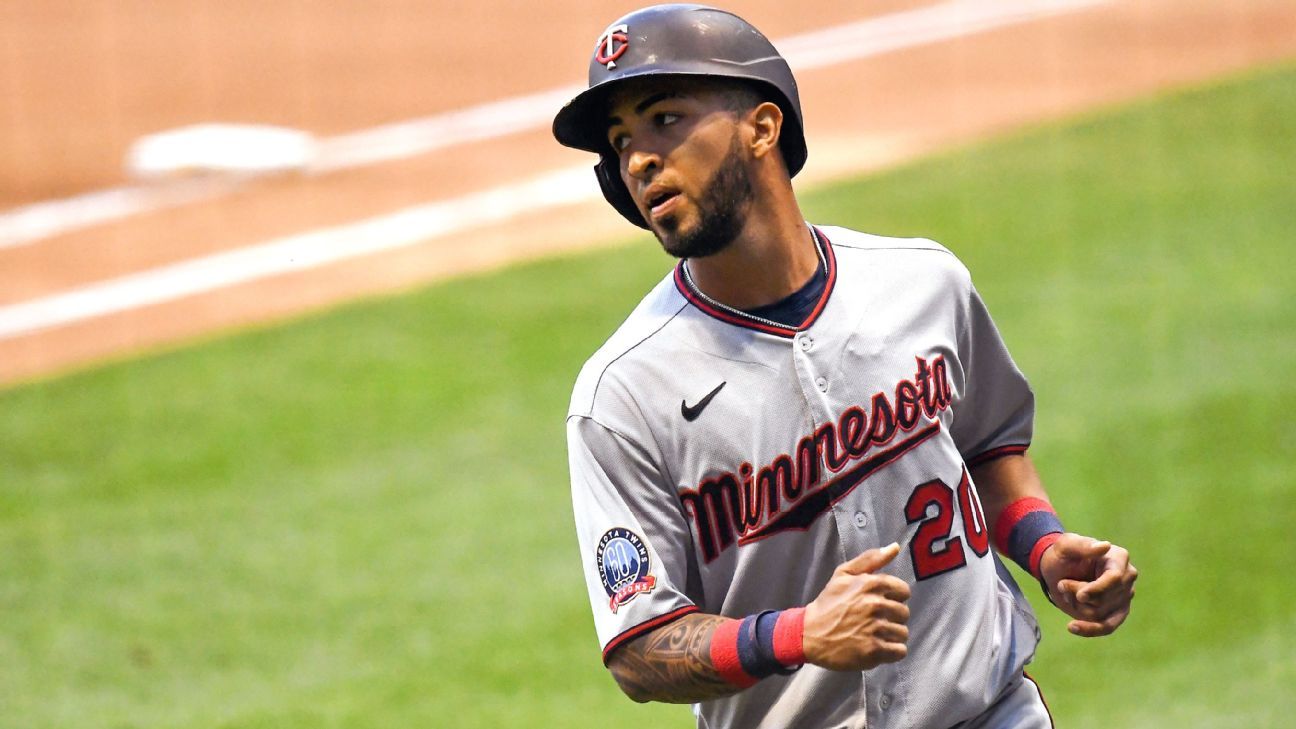 CLEVELAND — Eddie Rosario has gone from hammering to helping the Indians.

The free-agent outfielder, who spent the past six seasons with the Minnesota Twins, agreed Friday to a one-year, $8 million contract with the Cleveland Indians, sources confirmed to ESPN on Friday.

Rosario’s contract is pending the completion of a physical, according to sources.

The Indians know the 29-year-old Rosario well. He has been a nemesis with the AL Central rival Twins, hitting more career homers (22 in 93 games) against Cleveland than any other team. He hit 11 of those homers at Progressive Field, his most at any road ballpark.

Earlier Friday, the Indians finalized a one-year, $5 million contract with free-agent second baseman Cesar Hernandez, who was a solid free-agent pickup in 2020 when he won his first Gold Glove.

Rosario is a huge addition for Cleveland’s outfield, which has been an issue for the past two seasons as the team has used a platoon of players.

After the Indians sent All-Star shortstop Francisco Lindor and starter Carlos Carrasco to the New York Mets earlier this month and cut more than $30 million from their payroll, Chris Antonetti, the team’s president of baseball operations, tried to soothe some outraged Cleveland fans by pledging to put money back into the roster.

He has done that in bringing back Hernández and acquiring Rosario, who will provide some needed pop to manager Terry Francona’s lineup following the losses of Lindor and Carlos Santana.

Rosario, who was eligible for his third and final year of arbitration, became a free agent one season early after the Twins declined to offer him a 2021 contract. A left-handed hitter, he has a career .277 average with 119 homers and 388 RBIs.

Hernandez’s deal with the Indians includes a $6 million club option in 2022 with no buyout.

Hernández, 30, was an invaluable addition last season. He led the AL with 20 doubles and helped the Indians secure a wild-card berth. He batted .283 with three homers, 20 RBIs and 35 runs in 58 games.

Cleveland acquired middle infielders Amed Rosario and Andrés Giménez from the Mets in the Jan. 7 trade of Lindor, a four-time All-Star who was entering his final year under contract and had rejected numerous long-term offers.

Marjorie Taylor Greene: Democrat to move to get away from controversial Republican

How scouting during the pandemic will turn 2021 NFL draft into ‘wild, Wild West’