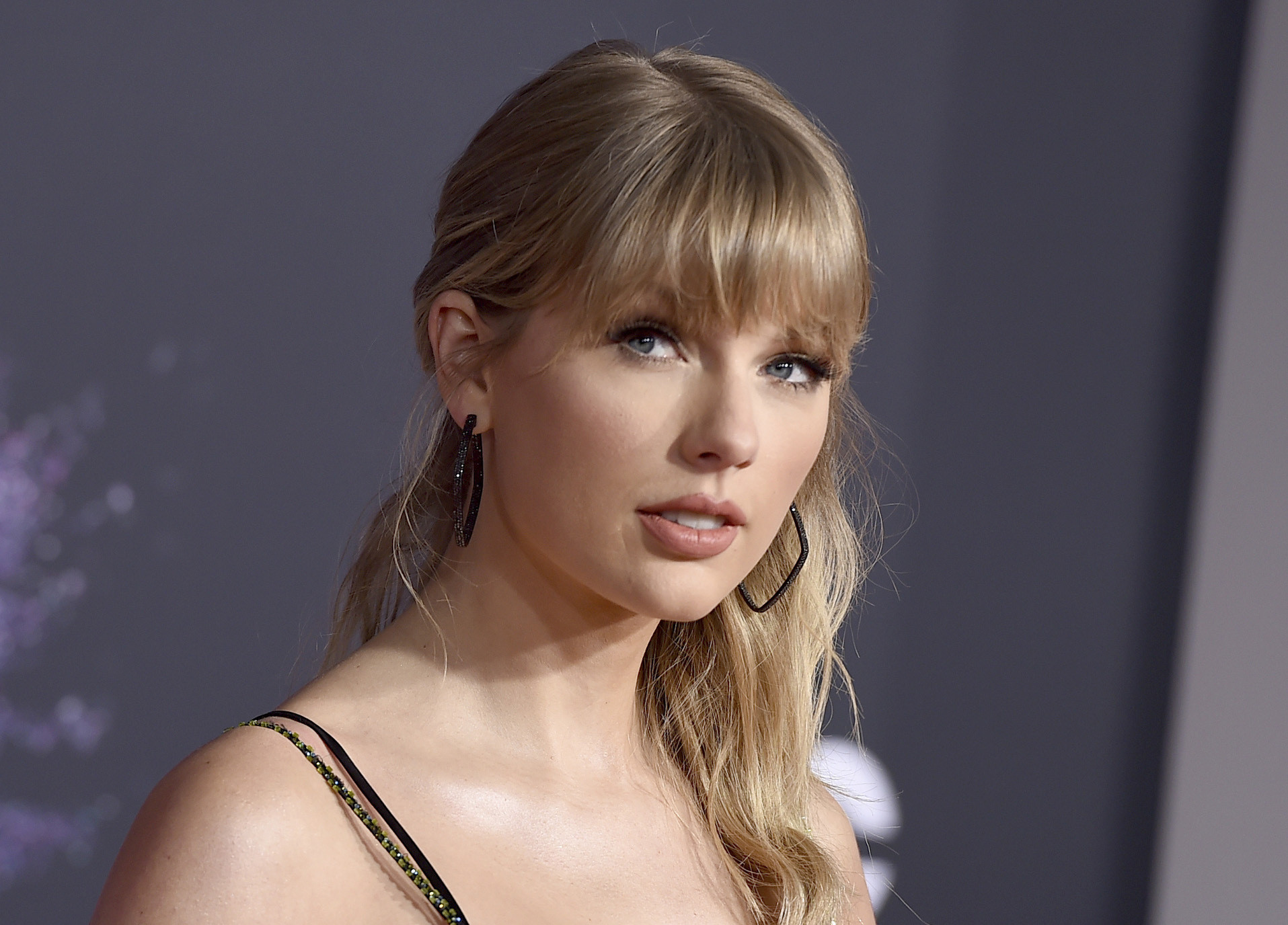 The dialogue that is supposedly a joke features 15-year-old Ginny telling her 30-year-old mother, Georgia during a fight in the season finale “What do you care? You go through men faster than Taylor Swift.”

Swift took a swipe at the streaming platform for including this dialogue that she deemed ‘deeply sexist’. She added it is time hard-working women not be degraded by defining ‘horse shit’ as funny.

“After Miss Americana, this ‘outfit does not look cute on you.” the singer added

Miss Americana is a documentary on Swift, which was released in January 2020. The documentary also explored how the media has dissected her personal life, especially her relationships with men.

Hey Ginny & Georgia, 2010 called and it wants its lazy, deeply sexist joke back. How about we stop degrading hard working women by defining this horse shit as FuNnY. Also, @netflix after Miss Americana this outfit doesn’t look cute on you.  Happy Women’s History Month I guess 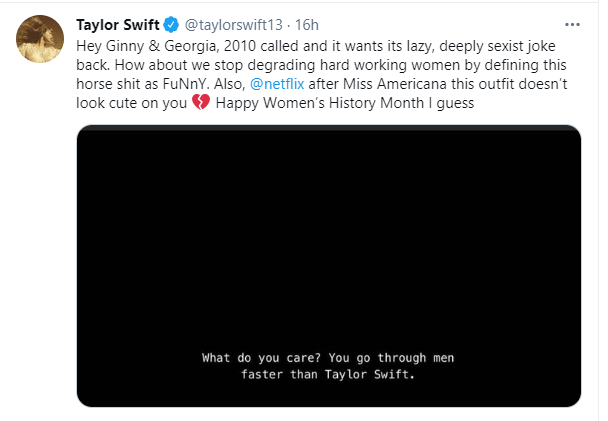 Many fans of the 31-year-old singer supported her in the comments section. Netflix has not yet commented on the criticism, nor has anyone associated with Ginny and Georgia. Swift’s love life has long been in the media spotlight.

On the personal front, Swift is reportedly in a relationship with British actor Joe Alwyn. The two are believed to have been dating for over 4 years according to BBC.

Swift and Alwyn whose films include The Favourite, Mary Queen of Scots and Harriet, have largely kept their relationship private. He is considered to be the subject of her 2019 track London Boy, in which she sang about her experiences in the city.