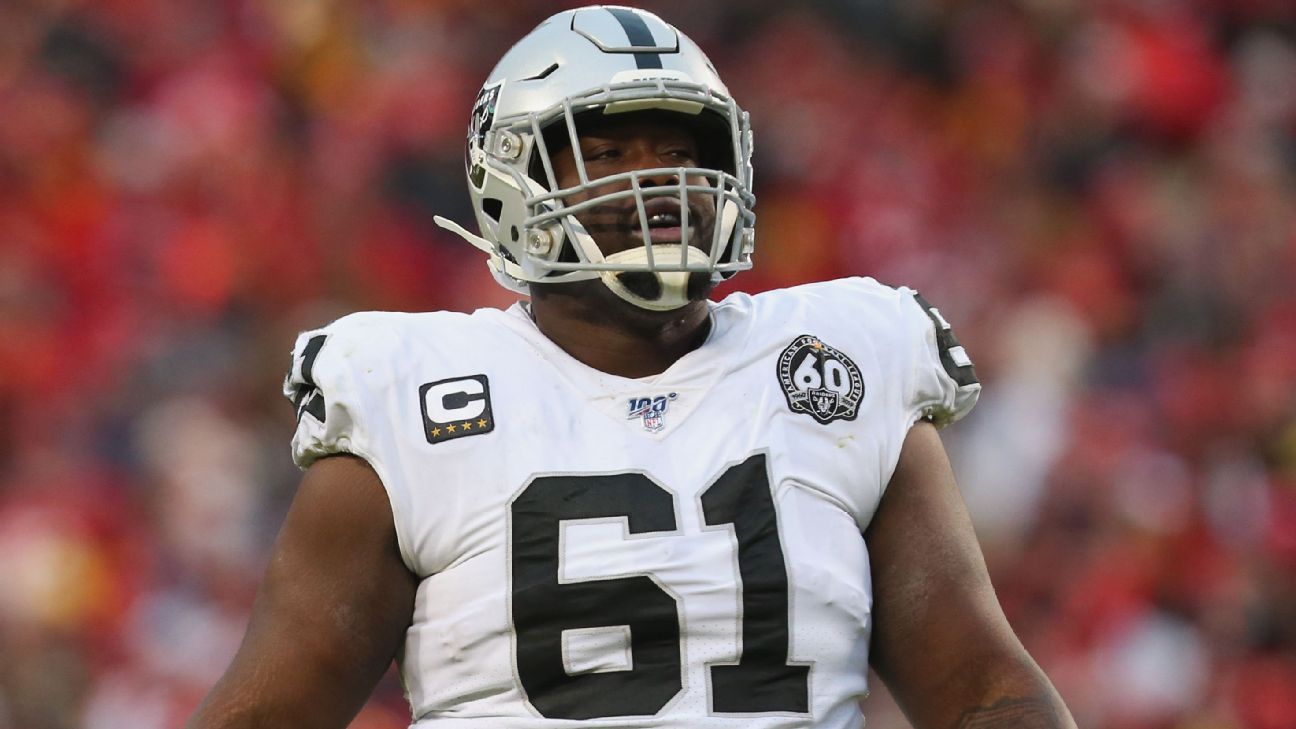 The Las Vegas Raiders traded center Rodney Hudson and a 2021 seventh-round pick to the Arizona Cardinals for a 2021 third-round pick on Wednesday.

The trade is pending Hudson passing a physical, the Cardinals announced.

Hudson is the second starting offensive lineman traded by the Raiders this offseason, joining tackle Trent Brown, who was dealt to the New England Patriots. Las Vegas also released guard Richie Incognito, but he tweeted Wednesday that he is re-signing with the team.

Hudson will slide into the Cardinals’ starting center role, replacing Mason Cole, who had the job in 2018 and 2020. Cole struggled at times last season and finished the year with four false-start penalties.

In Hudson, Arizona gets a veteran presence in the middle of the offensive line, plus someone who can provide leadership and guidance to third-year quarterback Kyler Murray. Cole could end up competing for the right guard job, which is the only position on the offensive line that hasn’t been solidified for the 2021 season.

Arizona averaged 4.7 yards per carry last season, but its bid for a 1,000-yard rusher came up short when Kenyan Drake finished with 955 yards.

Hudson, who turns 32 in July, signed a three-year, $33.4 million extension, including $24.4 million guaranteed, with the Raiders on Aug. 30, 2019, which made him the highest-paid center in the NFL in terms of annual pay per year at $11.13 million a season. He restructured his contract for cap purposes last summer.

Hudson, a four-time winner of the Raiders’ Commitment to Excellence Award as voted on by teammates, signed with the franchise as a free agent in 2015 after four seasons with the Kansas City Chiefs.

Pro Football Focus charged Hudson with three sacks allowed in 3,445 pass-blocking snaps with the Raiders. He missed just one game in six seasons with the team and was selected to three Pro Bowls.

ESPN’s Josh Weinfuss and Paul Gutierrez contributed to this report.

The Final Season of Younger Finally Gets a Premiere Date

Can Chargers be considered AFC West favorites after beating Raiders?

Rams’ Wolford ruled out; Goff to start vs. Packers