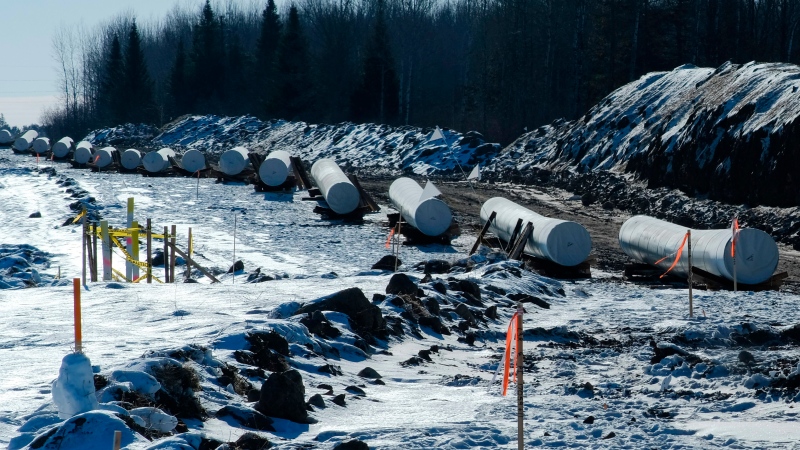 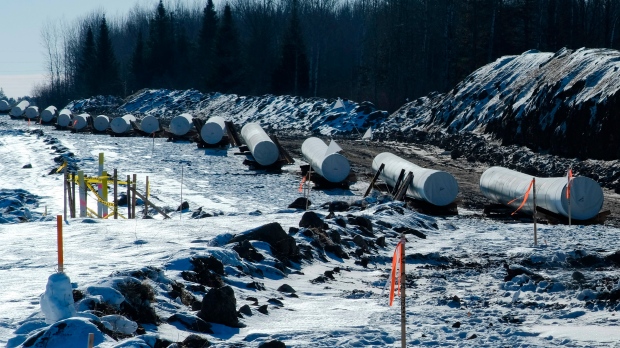 CALGARY — The CEO of Enbridge Inc. says the company’s ongoing battles with opponents over two of its U.S. oil pipelines will eventually be recognized in higher valuations for those assets as North American energy demand inevitably increases.

Al Monaco, speaking on Day 2 of the virtual 2021 Scotiabank CAPP Energy Symposium, says regulatory and political obstacles to building pipelines are expected to continue to make new pipelines hard to build, which should make “pipe in the ground” more valuable for investors.

He says he’s optimistic that Enbridge’s $9.3-billion Line 3 pipeline replacement project will be placed in service as scheduled in the fourth quarter of this year, despite ongoing protests and legal challenges.

Meanwhile, the company continues to fight in court an order from Michigan Gov. Gretchen Whitmer to shut down its Line 5 pipeline through the Great Lakes, arguing the state doesn’t have that jurisdiction and that the conduit is vital to U.S and Canadian customers.

Enbridge, Monaco says, is ahead of its competitors on the global energy transition thanks to businesses it has added to its core oil transport operations, along with its goals to cut its energy intensity by 35 per cent by 2030 and get to net-zero emissions by 2050.

He says his oil shipper customers remain cautious after prices crashed last year amid a global price war and low demand due to COVID-19 pandemic lockdowns. The Enbridge Mainline system accounts for about 70 per cent of Canadian oil exports into the United States.

“My sense is that industry is still cautious and, I gotta tell you, that’s a good thing. We haven’t really seen yet any change from the new mantra of discipline around returns and return of capital,” Monaco said.

“What’s different now, I think, is that everybody is paying attention to the global supply and demand balance and prices.”

The Line 3 project is expected to add about 370,000 barrels per day of export capacity from Western Canada into the U.S.

This report by The Canadian Press was first published April 7, 2021.