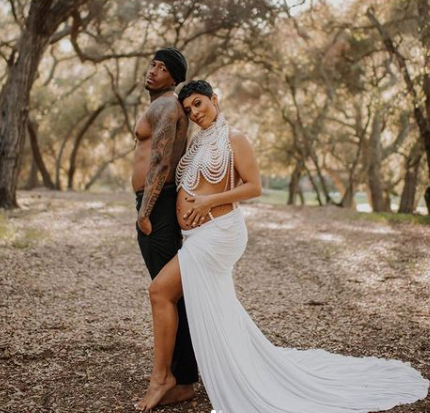 American show host, Nick Cannon is about to be a father to twins again.

His girlfriend, Abby De La Rosa, shared beautiful pregnancy photos and videos and revealed in the caption that she’s expecting two boys. She added that Nick is the father of her twin boys.

She wrote: “Our dearest sons – my miracle babies,

“Thank you for choosing me to be your Mommy. I know the Lord has destined me and prepared me for the gift of not one but two little angels. I pray that God give you both the strength to walk brave and boldly in your individual truth just like your Daddy. That God bless you and your brother and guide you into living out your full purpose.

“Your Dad & I will always be here for you both; in complete unison and support. No matter what this world may throw your way, know that forgiveness is key and what is for you – is for YOU! You both are already so loved and we can’t wait to meet you both.” 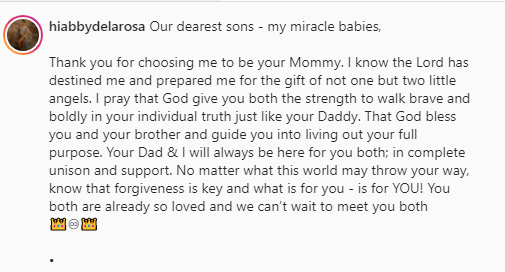 Nick already has twins – a boy and a girl – with his ex-wife, Mariah Carey. He also has two children – a boy, aged 3, and a girl – with Brittany Bell. Nick and Brittany welcomed their second child together only months ago, in Dec 2020.

Abby is expected to have her babies soon. This means she and Brittany were pregnant together before Brittany had her child last December. 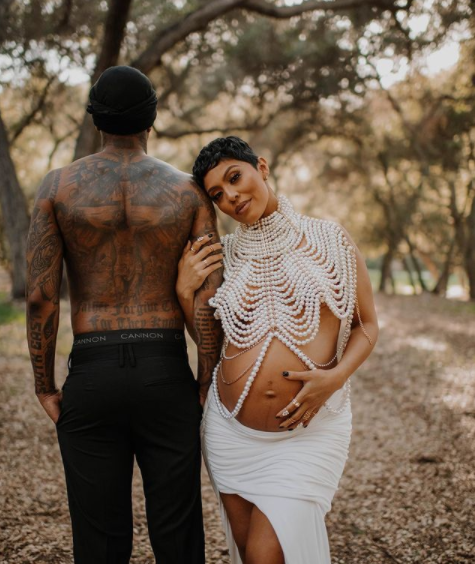 Nick Cannon has been involved with quite a number of women over the past few months. He spent Valentine’s Day weekend with Lanisha Cole and Brittany Bell. Both women took to Instagram to claim Nick Cannon was their valentine.

Model Lanisha Cole, who claims to be Cannon’s girlfriend, shared a video of him surprising her with a room filled with balloons. She also posted a photo of her and Cannon with the caption: “Forever and always #MyValentine.”

Bell shared her own clip on Valentine’s Day of a room filled with balloons and a bed covered in rose petals with the initials “N & B.”

Then, a day after, On Feb 15, Abby De La Rosa posted a clip of Nick Cannon’s hands wrapped around her bulging stomach.

She captioned the video: “Baby daddy did his thing.” 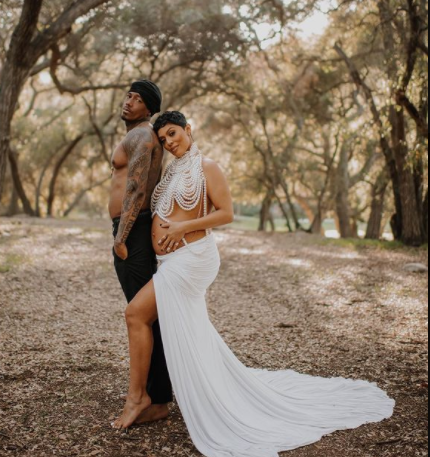 Prior to all this, Nick was known to be dating Jessica White in 2020. Brittany Bell’s pregnancy came as a surprise to many because everyone thought he was with White.

White later revealed in an interview with Hollywood Unlocked that she was blindsided by news Bell was expecting. She said she also became pregnant with Cannon’s baby but had a miscarriage.

As of now, it seems like Lanisha Cole, Brittany Bell, and Abby De La Rosa are all still in a love quadrangle with Nick Cannon.

The women’s social media posts show they are all still seeing Nick Cannon and people are wondering how Cannon is seemingly romantically linked to all three women at the same time.

Nigerian singer, Seunfunmi Stephen, recounts how her hubby died during a crossfire between police officers and armed robbers in Lagos