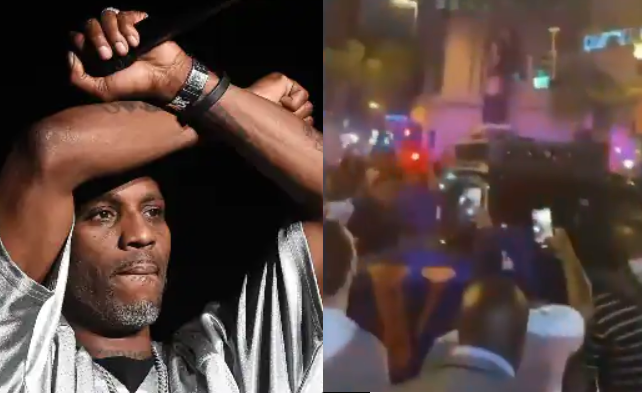 Fans of late rapper DMX were filmed vibing to his Ruff Ryder Anthem as his body left the White Plains Hospital in New York, where he died.

The hip-hop icon, real name Earl Simmons, was hospitalized after he suffered a drug overdose that triggered a heart attack on April 2.  He died on Friday, April 9.

DMX is survived by his fifteen children, four of whom are shared with his former wife Tashera Simmons, who he was married to from 1999 to 2010.