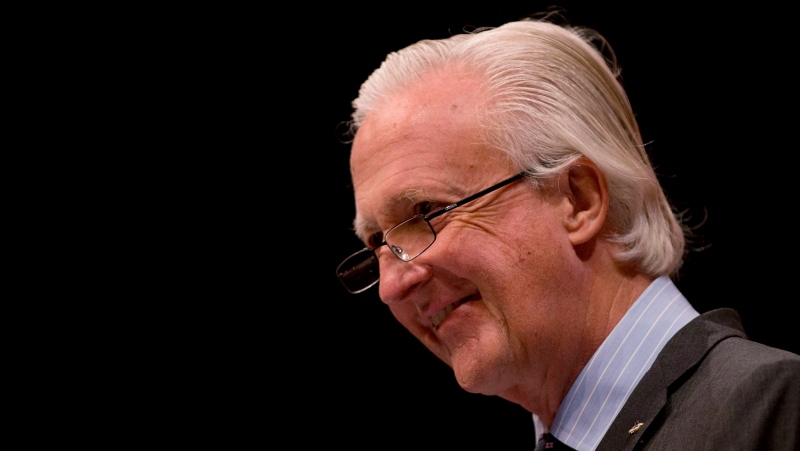 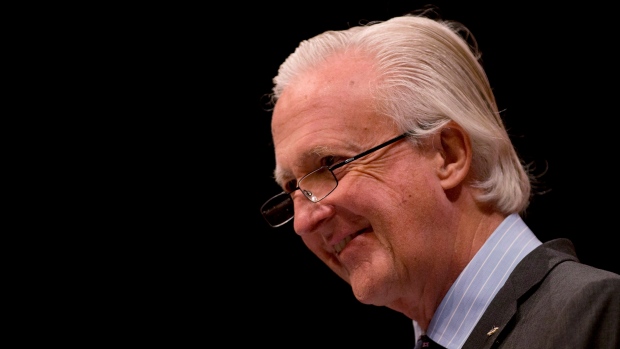 The Toronto-based company said he died peacefully at home Monday after “a long illness faced with courage and dignity.”

He retired as chairman of George Weston Ltd. in 2016 to make room for his son Galen G. Weston, a tradition set by his father, W. Garfield Weston, who also stepped down at the age of 75.

“My father’s greatest gift was inspiring those around him to achieve more than they thought possible,” said Galen G. Weston, who is also executive chairman and director of Loblaw, in a statement.

“In our business and in his life, he built a legacy of extraordinary accomplishment and joy.”

Those accomplishments and joys include a 55-year marriage to wife Hilary, a former Ontario lieutenant-governor, and their two children: Weston Jr. and Alannah Weston, chair of the Selfridges Group.

The family’s roots in business began with W. Galen Weston’s grandfather, George Weston. He was a Toronto bread salesman and former baker’s apprentice, who bought a bread route from his employer and went into business himself in 1882.

The couple returned to Toronto in 1972 to rescue the family’s Loblaw grocery chain, which was on the verge of bankruptcy.

“They were I think third or fourth in the industry and they had far too much debt, and they were in serious trouble,” recalled Anthony S. Fell, who built capital investment firm RBC Dominion Securities and joined the Loblaw board in 1998.

“(Weston) sold off assets and put together a new management team and he built the company and grocery stores up to where it is today, by far the largest, most powerful grocer in the country.”

He focused largely on marketing and product development, hiring William Shatner to star in Loblaw ads, earmarking millions for product development and launching the No Name and President’s Choice brands in 1978 and 1984, respectively.

In 2003 Weston bought the Selfridges Group, which owns upscale retailers, Selfridges in the U.K., Holt Renfrew in Canada, Ireland’s Brown Thomas and de Bijenkorf in the Netherlands.

“The luxury retail industry has lost a great visionary,” said daughter Alannah Weston, the company’s chairwoman, in a statement.

“His energy electrified those of us who were lucky enough to work alongside him to reimagine what customer experience could be.”

Selfridges wasn’t in great shape when Weston took over, but he turned it around with his business acumen, Fell said.

He called Weston “incredibly competitive” and remembered him always having an eye on his rivals.

“He watched the numbers, he watched the market share and their various businesses, and nothing was ever good enough,” said Fell. “Even though the company was doing well, it wasn’t good enough.”

But there was also a humbleness to him, J. Robert S. Prichard, a lawyer and member of the George Weston board, said.

Weston spent many Saturdays visiting stores just to talk to workers and shoppers on the floor and he treated them, the staff in his factories and even the British royalty he rubbed shoulders with with the same respect and dignity.

While most people saw his business side, Prichard said Weston was always up for fun and would try to make a sports match, a party or even a swim in Georgian Bay special.

“You name the sport and he’d beat me at every one of them,” said Prichard. “He was a very good tennis player, he took up golf later in life when he gave up polo … and he was a gifted and graceful athlete. It didn’t matter what sport it was.”

Weston and his family, whose wealth Forbes valued at $7 billion last year, are also known for their charitable endeavours.

In 2014, the family donated $50 million to start the Weston Brain Institute, a research facility aimed at finding treatments for Alzheimer’s, Parkinson’s and ALS.

“(Weston) was modest and unassuming, but he did a lot for the community and a lot of it behind or under the radar screen,” said Fell.

“He packed a lot into one lifetime…and we lost a great Canadian and a hugely successful role model, so it’s a sad day.”

This report by The Canadian Press was first published April 14, 2021.