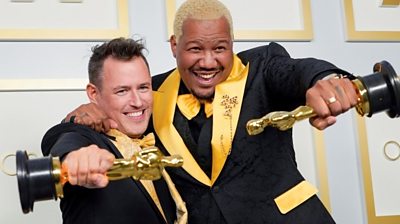 Sir Anthony Hopkins, 83, became the oldest Oscar winner after his success in the best actor category on Sunday. He accepted the award from his home in Wales.

The BBC’s Colin Paterson spoke to two other British winners. Andrew Jackson received his award for Best Visual Effects at a separate ceremony in London while Martin Desmond Roe was lucky enough to make it to a party in Los Angeles.

All the History-Making Moments at the 2021 Oscars

Coronavirus vaccine: Short cuts and allegations of dirty tricks in race to be first