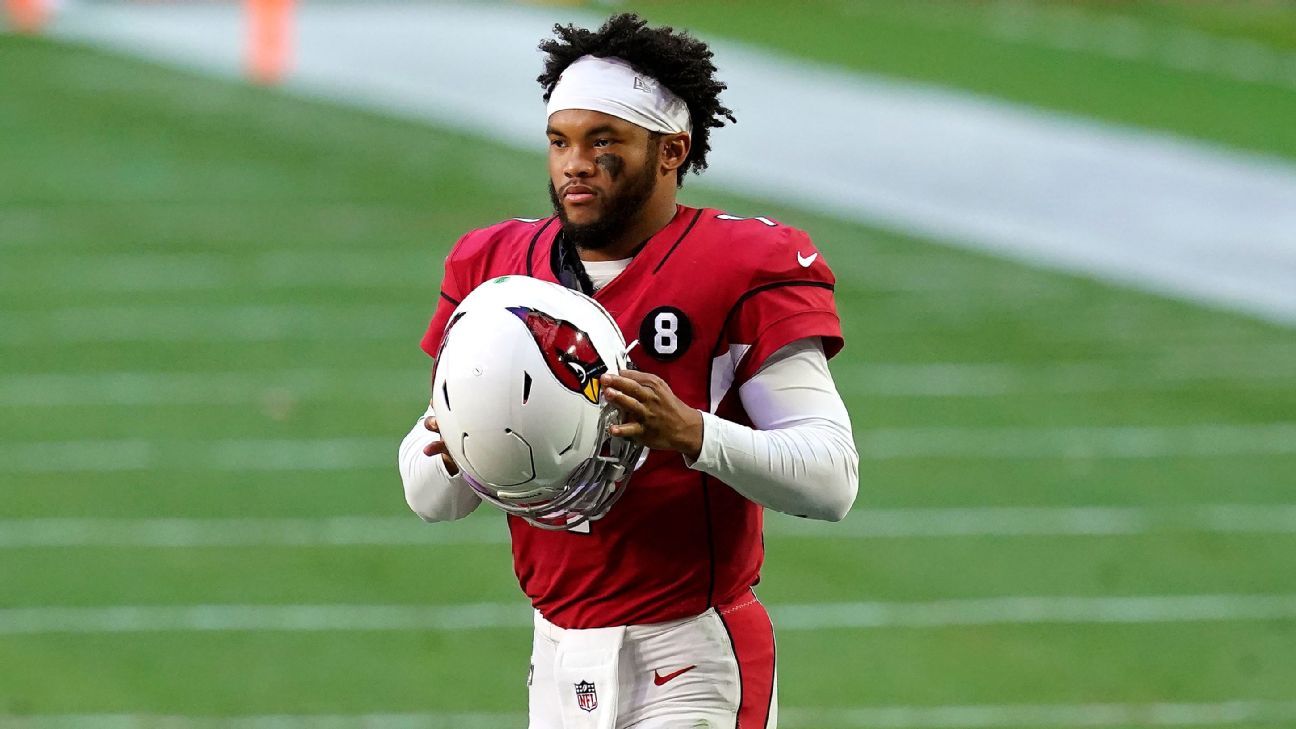 TEMPE, Ariz. — Quarterback Kyler Murray believes there is “a lot” to do in order for the Arizona Cardinals to become a playoff team and it starts with “not taking the little things for granted.”

“We started out hot and we were kind of a team where you just didn’t know what we were bringing to the table each and every Sunday, just kind of going with the flow,” Murray told ESPN.

Murray than rattled off a list of those little things: convert on third-and-short, score in the red zone, make field goals and not turn the ball over.

And that was just the beginning. Murray said he could’ve kept going but decided to stop his list at those.

“I think we do those things right and we win a couple more games and we’re in the playoffs and we put ourselves in position to be where we want to be,” he said.

Murray threw for 3,971 yards and 26 touchdowns against 12 interceptions, and had a passer rating of 94.3, which earned him his first Pro Bowl nod a year after winning Offensive Rookie of the Year. Arizona finished 8-8 and missed the playoffs by one game. The Cardinals started 5-2 but finished 3-6, which included a stretch of losing four out of five. They faced a win-and-they’re-in situation in the final two games of the season but lost them both to backup quarterbacks and missed the playoffs for the fifth straight season.

Murray spent the early part of the offseason trying to get his body healthy and refining his fundamentals.

He dealt with a shoulder injury midway through the season and then an ankle injury late in the year. He said both of those injuries are healed.

Part of his offseason routine was spent “getting back to my roots,” which meant bringing his throwing motion back to what it was before the shoulder injury.

“I had a little shoulder deal during the season which caused me to kind of get out of whack as far as mechanically, throwing the ball and stuff like that which, I was fine, but i want to get back to myself,” Murray said. “If you go back and you watch my college highlights and then if you go watch this past year’s highlights, my release is a lot longer due to me having to deal with being a little hurt, banged up.”

With the Cardinals a week into their offseason program, Murray said he would like to continue this year’s offseason virtually. He’s still in Texas, working out and training with his longtime trainer Stephen Baca.

While Murray is focused on the upcoming season, he’s not worried about getting his contract extended which can happening starting after his third season. In the meantime, Murray is closely watching what the Cardinals will do in this week’s draft, when they pick 16th overall. He thinks they’re in a “weird spot” because they pick in the middle of the round and will have to make a decision based on what’s happened ahead of them.

But Murray is “good” with the offensive pieces Arizona has around him at the moment and thinks they can help the Cardinals get to the postseason.

“I’m good, with whatever,” Murray said. “I’m confident in myself. I’m confident in the guys that we have and I think that if we are more detailed and do the little things right and the most physical team on the football field every weekend, then we’ll be fine.”

How to survive in the NFL playoffs: Barnwell makes sense of the AFC chaos

NFL takeaways: What’s next for the Saints, Bills after crushing losses