How to Watch Emmy Awards 2021 in India 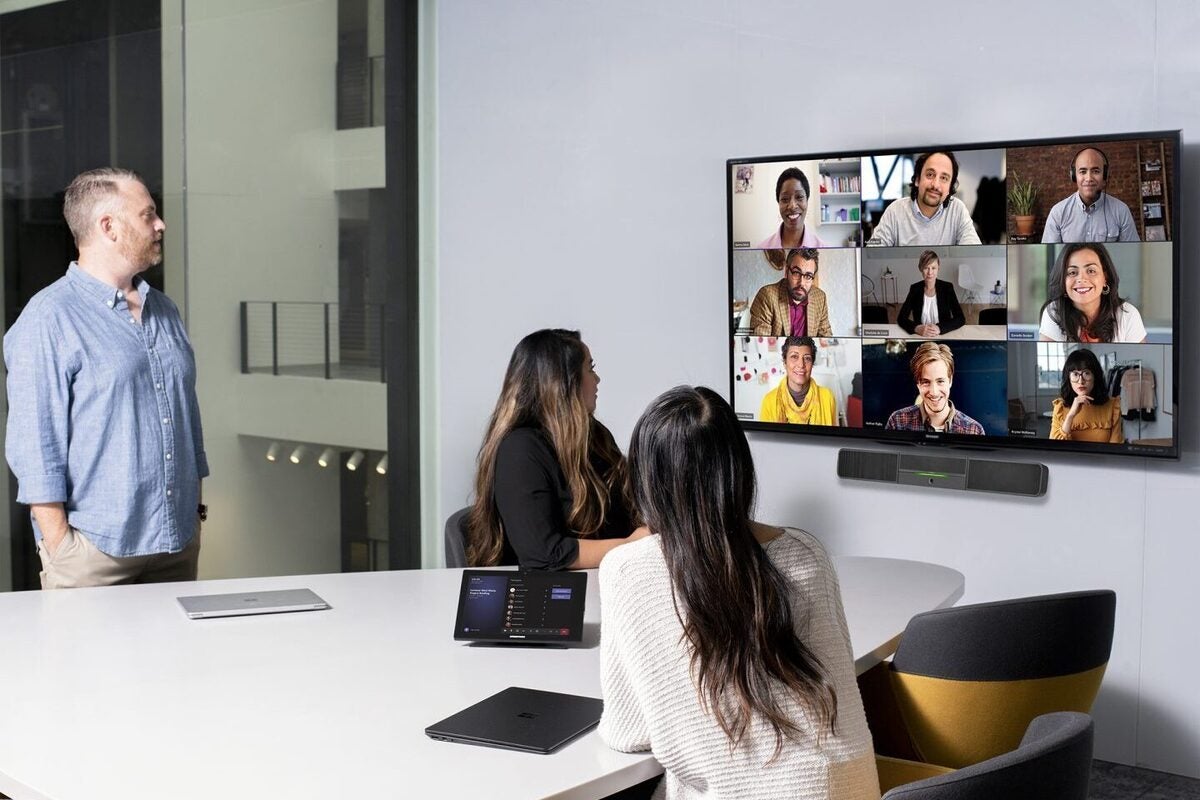 As businesses work to reopen office buildings, not all employees are keen on a return to the pre-pandemic status quo — forcing companies to adopt a “hybrid” approach to remote work. With some employees in the office, and others still at home, collaboration application and hardware vendors are now looking to support both in-office and remote workers.

With that in mind, Microsoft and Google both touted updates last week designed to connect workers more effectively, regardless of location.

Microsoft Teams and the ‘intelligent’ camera

Microsoft, for instance, unveiled several new intelligent camera features for its Teams Rooms platform to better support hybrid meetings. Among the new capabilities is “active speaker tracking,” which enables meeting room cameras to detect who is speaking in a conference room with several colleagues present. It does so by tracking audio, facial movements and hand gestures, allowing the camera to zoom in on the speaker.

Additionally, each in-office participant can be placed in their own video pane, in the same way remote colleagues are presented, and facial recognition can identify participants and display their profile name.

The aim is to put remote workers on the same footing as those in an office conference room, Microsoft said.

The intelligent camera features will be available over the next few months in meeting room devices made by hardware manufacturers such as Jabra, Neat, Poly, and Yealink,” Microsoft said.

Microsoft also touted upcoming updates to the existing Companion mode for Teams Rooms. Companion mode already lets meeting participants access second screen features such as chat, live reactions, or Microsoft’s Whiteboard on a mobile device during an in-person meeting. The company now plans to expand Companion mode so users can access meeting and device controls to switch off room cameras or mute room speakers, join a meeting, or share a PowerPoint presentation from their mobile device.

Other new features include:

Finally, Microsoft said a docking station from Logitech with a built-in speaker that connects to Teams would be available in the next few months.

Gmail gets Meet calling, with other Workspace apps to follow

For its part, Google unveiled new features for Workspace along with new hardware and updates to its Meet video app.

New to Meet is the ability to initiate a video or audio call directly from Gmail with the push of a button, rather than requiring a meeting to be scheduled first. The Google Meet calling functionality will be expanded to other areas of the Workspace app, too, including one-to-one text chats.

Google also touted new video conference hardware devices designed to work with Meet, part of its Series One range. The Series One Board 65 is a 65-in. all-in-one 4K display ($6,999), built by Google partner Avoncor; it offers a high-definition camera and audio for group video meetings, and has Google’s Jamboard whiteboard app built in. A smaller Series One Desk 27 ($1,999) is also available, as well as third-party audio devices from Logitech (Logitech Rally Bar Mini and Rally Bar for Google Meet).

Google also announced interoperability between Cisco Webex hardware devices and Meet hardware, meaning that Cisco hardware can run Google Meet videos, and vice versa. The interoperability is due out later this year.

The arrival of Companion mode in Meet, first announced at Google I/O in May, has been pushed back to November. It will allow in-room meeting participants to access interactive features such as chat, whiteboard, polls and more on a laptop or mobile device. Live-translated captions for several language (English to French, German, Spanish and Portuguese) will also be available via Companion mode later this year.

The need to cater to flexible work environments

The features announced by Google and Microsoft align with the emerging requirements for hybrid workplaces, said Raúl Castañón, senior analyst at 451 Research, a division of S&P Global Market Intelligence.

“A key factor will be improving the user experience for everyone – particularly for remote participants,” said Castañón.

The demands of users mean some advanced meeting features and devices have moved “from ‘nice to have’ to ‘must have,’” he said. “These features work together to improve the user experience, levelling the playing field for on-site and remote participants, helping them connect and engage.”

IT Salary Survey 2021: Security and cloud computing certifications on the up

Taraji P. Henson Dazzles in a Sexy Sheer Gown at the 2021 Emmy Awards