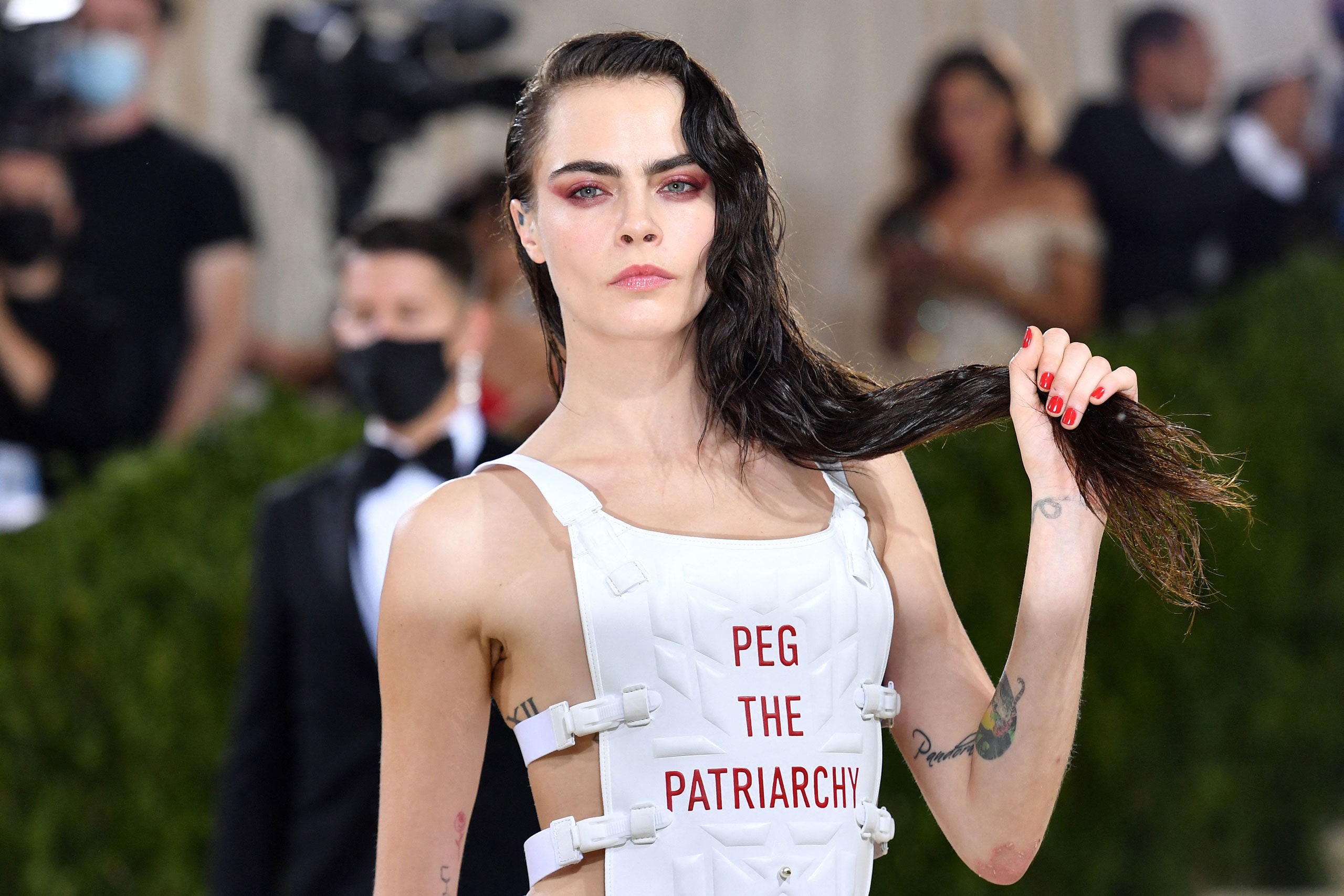 On Monday night, scores of celebrities, designers, and artists attended the Met Gala for a fanciful evening of high fashion. The event, previously postponed owing to the pandemic, had a theme of “American independence,” which naturally demanded some self-reflection. As Alexandria Ocasio-Cortez and Cara Delevingne quickly went viral for the political statements written on their red-carpet outfits, many other celebrities at the Met Gala displayed activism through fashion with overt statements of their own.

Though A$AP Rocky’s underwear was not publicly visible, a source reports that it was emblazoned with “MEAT IS MURDER.”

Gigi Hadid wore a Prada dress that read “DECOLONIZE THE MALE GAZE.” Many continue to speculate about what the statement is supposed to mean.

Kris Jenner wore a blazer that had “SAY THEIR NAMES” embroidered on its sleeves. When asked what those names were, she responded, “Um, there was a Greg something?”

Kim Kardashian arrived dressed in a black Balenciaga full-body suit inscribed boldly with “REFORM PRISONS.” Unfortunately, this sentiment was also written in black, so no one was able to see it.

Frank Ocean carried a green baby doll that, when squeezed, said, “Within a capitalist society, the inherent value of a human life is commodified based on the labor it can provide.”

Grimes wore a mask that read “SPACE TRIPS ARE ONLY KIND OF WASTEFUL.”

Alicia Keys’s white, workwear-inspired dress advised, “UNIONIZE, BUT NOT IN A WAY THAT PERPETUATES CORRUPTION.”

Russell Westbrook showed up with the word “AFGHANISTAN” along with a frowny face meticulously shaved into his hair.

A Burberry scarf featuring the phrase “DON’T TREAD ON ME” was found lying around, but nobody would claim it.

Despite wearing different designers, Justin and Hailey Bieber arrived in coördinated outfits. Justin’s suit, from his own label, read “ALTHOUGH CARBON TAXES ARE A GREAT IDEA . . .” Hailey’s Yves Saint Laurent dress noted, “. . . THEY ARE FAR FROM ENOUGH TO SLOW THE EFFECTS OF CLIMATE CHANGE.”

Trump Boasts That He Has Much Higher TV Ratings Than Lincoln

Conversations with Ma: A Lot to Unpack

We’re Being So Safe