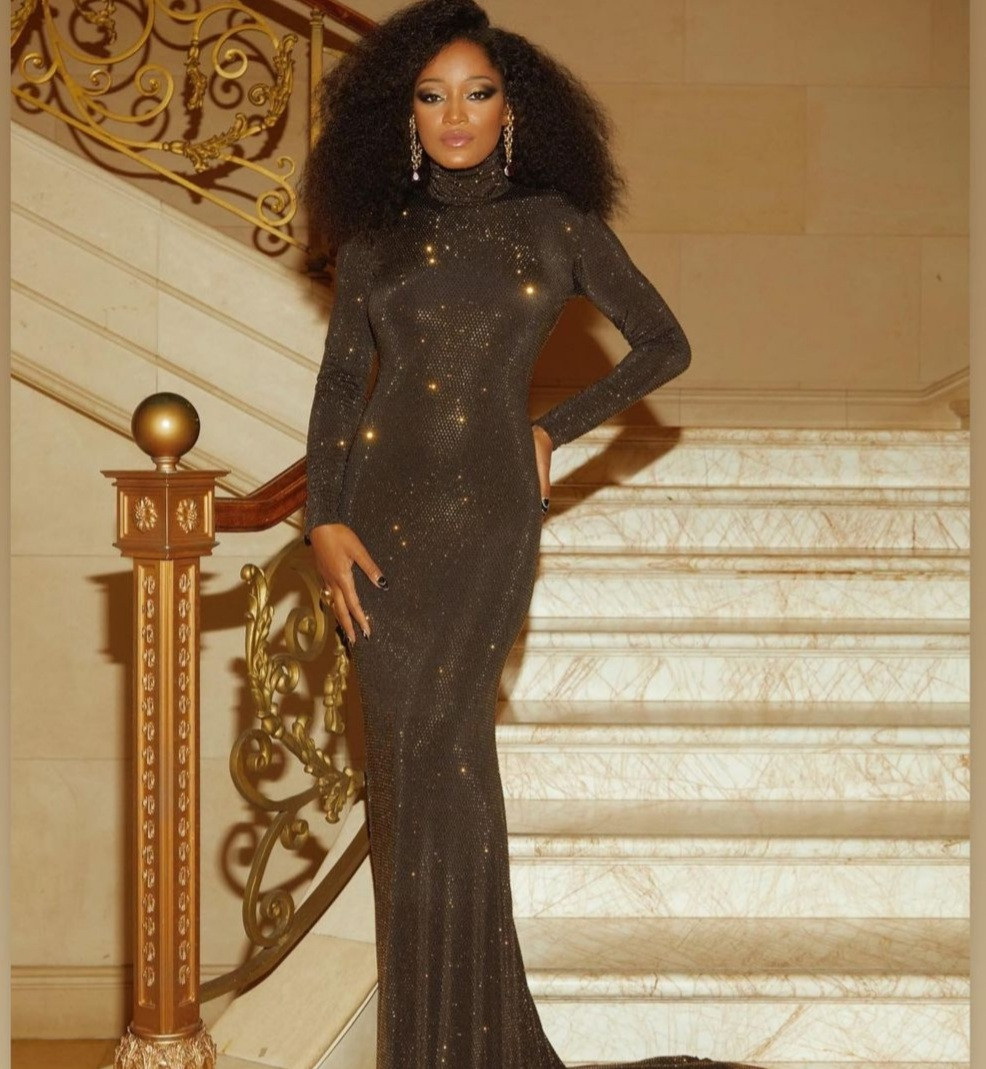 We rarely get a peek inside the Met Gala after the celebrities walk the carpet and enter the building.

People have often wondered what goes on inside and Keke Palmer took it upon her self to show her followers exactly what it looks like from the inside.

The actress hosted a live stream of the Met Gala, giving her Instagram followers a chance to glimpse what happens outside and inside.

While going into the building, she live streamed the hallways with the art on display. She also shared a live stream of the performances from different talents.

But what caught attention was the food. Keke took a photo of her food and threw shade at the meal they were served.

“This why they don’t show y’all the food,” she wrote before adding, “I’m playing now.” 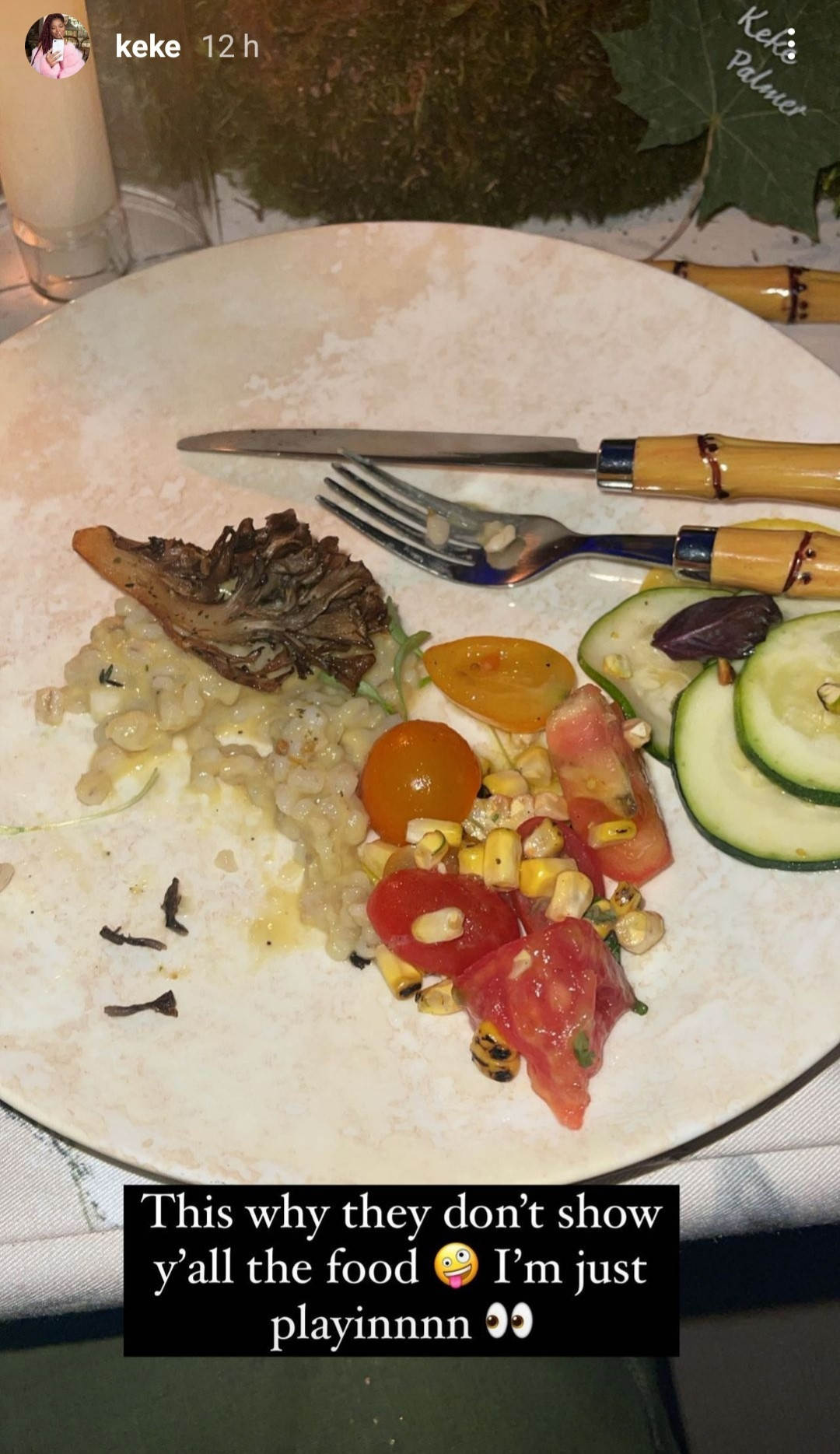 But viewers did not think it’s a joke and many agreed with her that the food doesn’t look appealing.

Some have joked that Keke will probably never get invited to the Met Gala again for revealing too much. 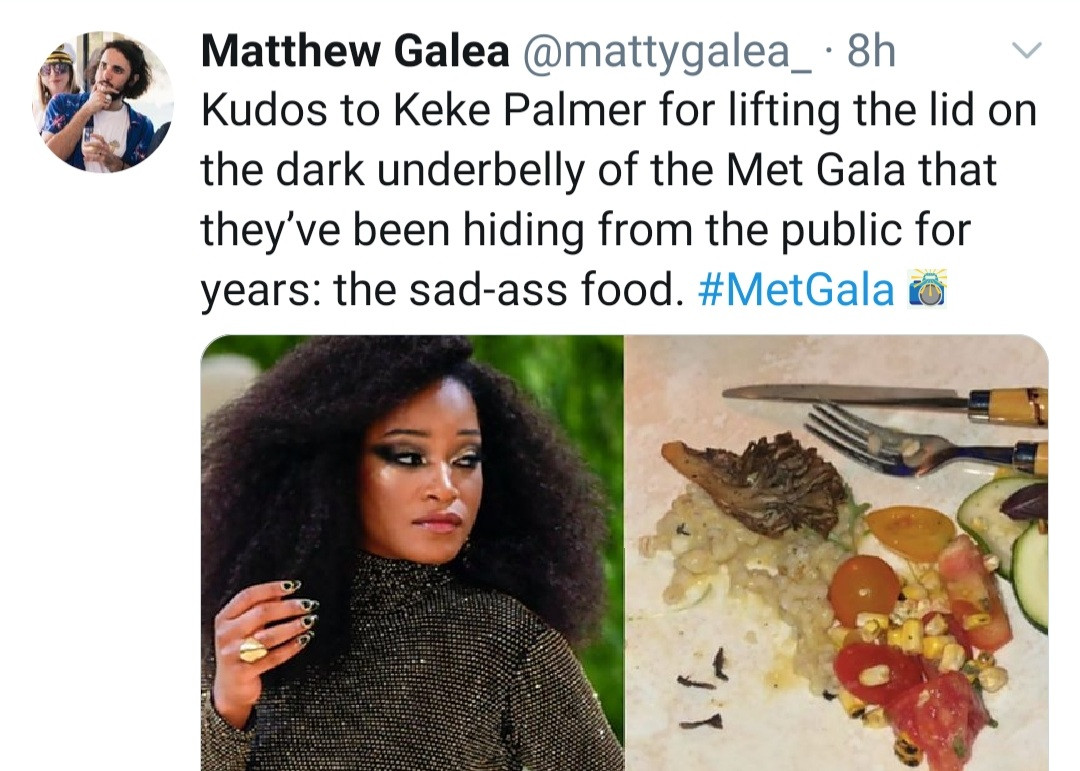 Hushpuppi transferred to California for trial