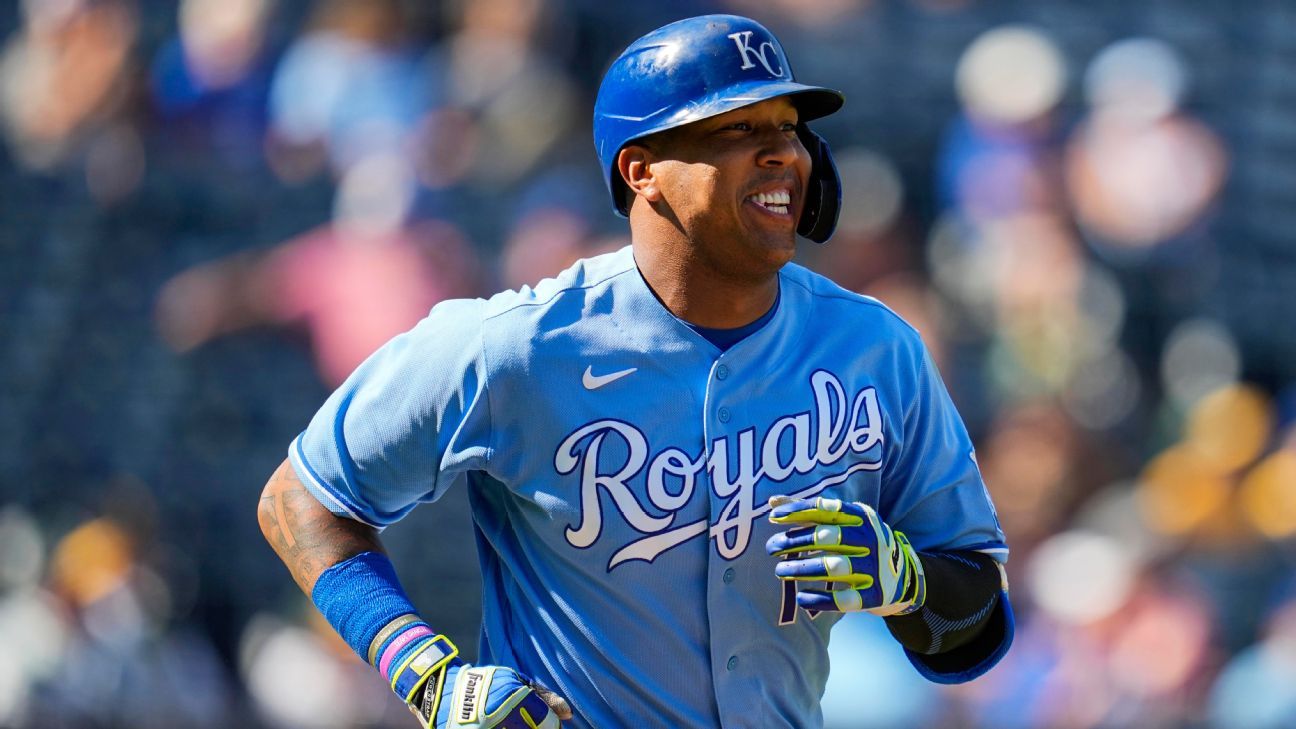 KANSAS CITY, Mo. — Kansas City Royals slugger Salvador Perez tied Johnny Bench’s record for homers in a season by a catcher with his 45th in a 7-2 loss to the Oakland Athletics on Thursday.

Perez hit a two-run homer in the first inning, matching Bench’s total from 1970 for the most by a player who played at least 75% of his team’s games at catcher. Perez’s 112 RBIs leads the majors this season while his 45 home runs are tied for the most with Vladimir Guerrero Jr.

Perez, 31, is three homers away from matching Jorge Soler‘s team record from 2019. Soler extended the Royals’ record by 10. Perez also tied Mike Sweeney for second on the club’s all-time list with 197. George Brett holds the club record with 317.

After bouncing back from an elbow injury that caused him to miss all of the 2019 season with an elbow injury, Perez has been on a tear. His 56 home runs in 2020 and 2021 are the most in MLB over that span while his 144 RBIs rank third.

If Perez, Guerrero and Shohei Ohtani, from Venezuela, Canada and Japan respectively, remain atop the home run leader board by season’s end it will be the first time in MLB history that the top three leaders were all born outside the United States, according to the Elias Sports Bureau.

Information from the Associated Press contributed to this story.

12 Gender-Neutral Scents That Will Get You Tons of Compliments