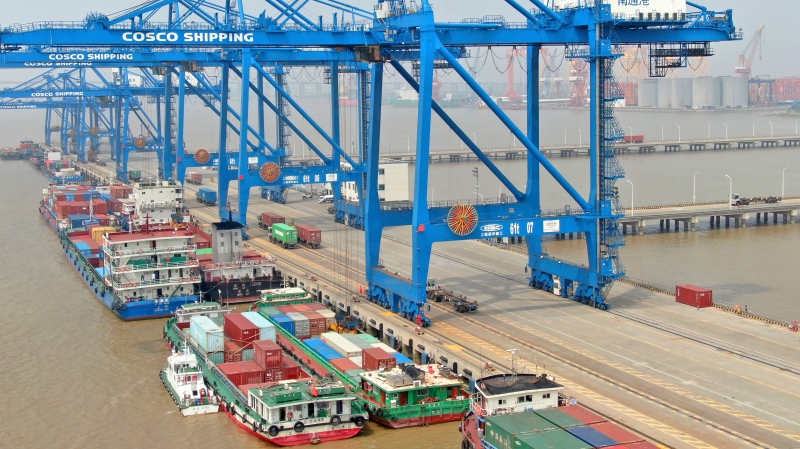 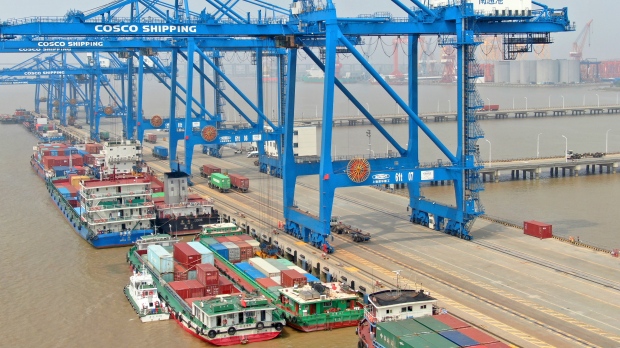 BEIJING — Japan said it would have to determine if China meets the “extremely high standards” of the Comprehensive and Progressive Agreement for Trans-Pacific Partnership (CPTPP) after the world’s second-biggest economy formally applied to join.

The CPTPP was signed by 11 countries including Australia, Canada, Chile, Japan and New Zealand in 2018.

Before that, it was known as the Trans-Pacific Partnership (TPP) and seen as an important economic counterweight to China’s regional influence.

Japan, the CPTPP’s chair this year, said it would consult with member countries to respond to China’s request, but stopped short of signaling a timeline for doing so.

“Japan believes that it’s necessary to determine whether China, which submitted a request to join the TPP-11, is ready to meet its extremely high standards,” Japanese Economy Minister Yasutoshi Nishimura told reporters on Friday.

The TPP was central to former U.S. president Barack Obama’s strategic pivot to Asia but his successor, Donald Trump, withdrew the United States from the pact in 2017.

Accession to the CPTPP would be a major boost for China following the signing of the 15-nation Regional Comprehensive Economic Partnership (RCEP) free trade agreement last year.

Beijing has lobbied for its inclusion in the pact, including by highlighting that the Chinese and Australian economies have enormous potential for cooperation. However, relations between the two countries have soured.

In a new alliance dubbed AUKUS announced this week, the United States and Britain said they would provide Australia with the technology to deploy nuclear-powered submarines, in a move seen as aimed at countering China’s influence in the Pacific.

Zhao Lijian, China’s foreign ministry spokesman, said on Friday that the application to join CPTPP was “completely unrelated” to AUKUS.

China was pushing for regional integration while AUKUS countries were “promoting war and destruction,” he added at a briefing in Beijing.

Taiwan, which has also been angling to join the trade pact, expressed concern about China’s decision to apply.

China claims Taiwan as its own territory and would not be pleased if Taipei was allowed to join the grouping before Beijing.

Japan’s deputy finance minister suggested in a tweet on Friday that China’s subsidies of state-owned firms and arbitrary application of the law were likely to make it hard for the country to join the trade pact.

“China … is far removed from the free, fair and highly transparent world of TPP, chances that it can join are close to zero,” State Minister of Finance Kenji Nakanishi said in a tweet.

“This can be thought of as a move to prevent Taiwan from joining.”

Britain in June began negotiations to enter the trade pact, while Thailand has also signaled interest in joining it.

Wang and O’Connor held a telephone conference to discuss the next steps following China’s application, the Chinese Ministry of Commerce said.

Amazon to create more than 2,500 jobs in Ontario by opening new fulfilment centres