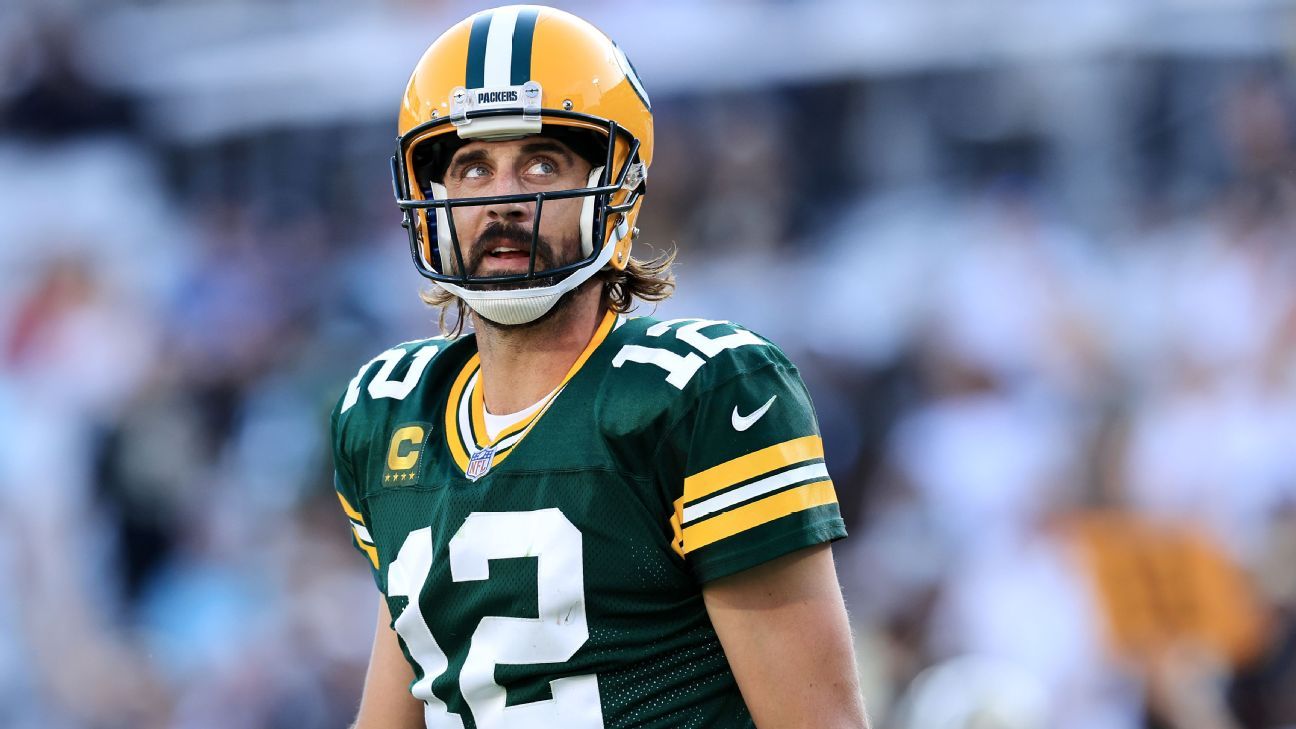 GREEN BAY, Wis. — People who gave Aaron Rodgers grief about his seemingly laid-back approach after the Green Bay Packers‘ blowout loss to the New Orleans Saints in Sunday’s season opener should know this: He was talking to his teammates more than he was talking to those on the outside.

“If we’re starting to freak out after one week,” Rodgers said Thursday, “we’re in big trouble.”

Rodgers prefaced it, of course, by acknowledging that the Packers have to perform much better than they did in their 38-3 loss to the Saints at a neutral site in Jacksonville, Florida — a game that was one of the worst of Rodgers’ career and his largest margin of defeat in games he’s started and finished. It also was the worst loss in a season opener by a team that played in either the AFC or NFC Championship Game the previous season.

If Rodgers’ approach after the loss, when he called it “just one game,” came across as cavalier, he explained on Thursday that he chose those words to make sure his teammates knew that it wasn’t a death knell for their season — one that began with legitimate Super Bowl aspirations.

“Every time I’m up here, it’s a message to all of them,” Rodgers said.

“Now, I wasn’t trying to be inspiring,” Rodgers said of Sunday’s postgame message. “I was trying to put the loss in the context where it deserves to be put. And that is, it’s not acceptable, but it’s just one game and we’re not gonna be held prisoner mentally by that poor performance.”

To hear receiver Davante Adams tell it, that’s exactly the way the players took it.

Adams said the mood on the bus from the stadium to the airport was not of gloom and doom, contrasting it with some other losses where “everybody’s got their headphones on, nobody’s really vibing with each other.”

“This was probably one of the quicker flushes that I’ve seen as far as me observing the rest of the team and seeing the coaches, how everybody’s responded from it,” Adams said Thursday.

“I found that my teammates were able to shake this one better than what I’ve seen in the past. We’ve just got to make sure we actually do something about it this time so we don’t have to try to gauge anything or deal with that later.”

The Packers have lost just seven times in Matt LaFleur’s 33 regular-season games as head coach, but Sunday’s was the third by 25 points or more. After each of the first two, Rodgers responded by throwing four touchdowns in the game that followed.

That’s also a sign that Rodgers and the Packers know how to rebound from embarrassing losses and that it doesn’t require wholesale changes to do so.

“I’m not going to make it bigger than it was,” Rodgers said. “I’ll let you guys on the outside world do all that. Look, we’ve won a lot of games around here. We’ve lost a few. But you move on. It doesn’t matter if you play incredible and put up 50 or you get blown out. You move on to the next opponent.

That can be Rodgers and the players’ approach to Monday night’s home opener against the Detroit Lions, but LaFleur said he and the coaches have another job, and it’s a big one.

“Where do I start?” LaFleur said Thursday when asked where things need to improve this week. “It’s our responsibility as coaches to make sure our guys are in the right position and they’re executing their assignments. I feel like that was one of the games where we had as many mental mistakes as we’ve had in a long time. So we obviously didn’t do a very good job as coaches getting our guys [to the point of] knowing the plan inside and out, knowing the details.”

Week 1 NFL takeaways: Early concern for the Browns and Falcons?

Down, but never out: Why Colts’ Frank Reich is king of comebacks

Ducks’ Thibodeaux, Flowe out vs. No. 3 Buckeyes