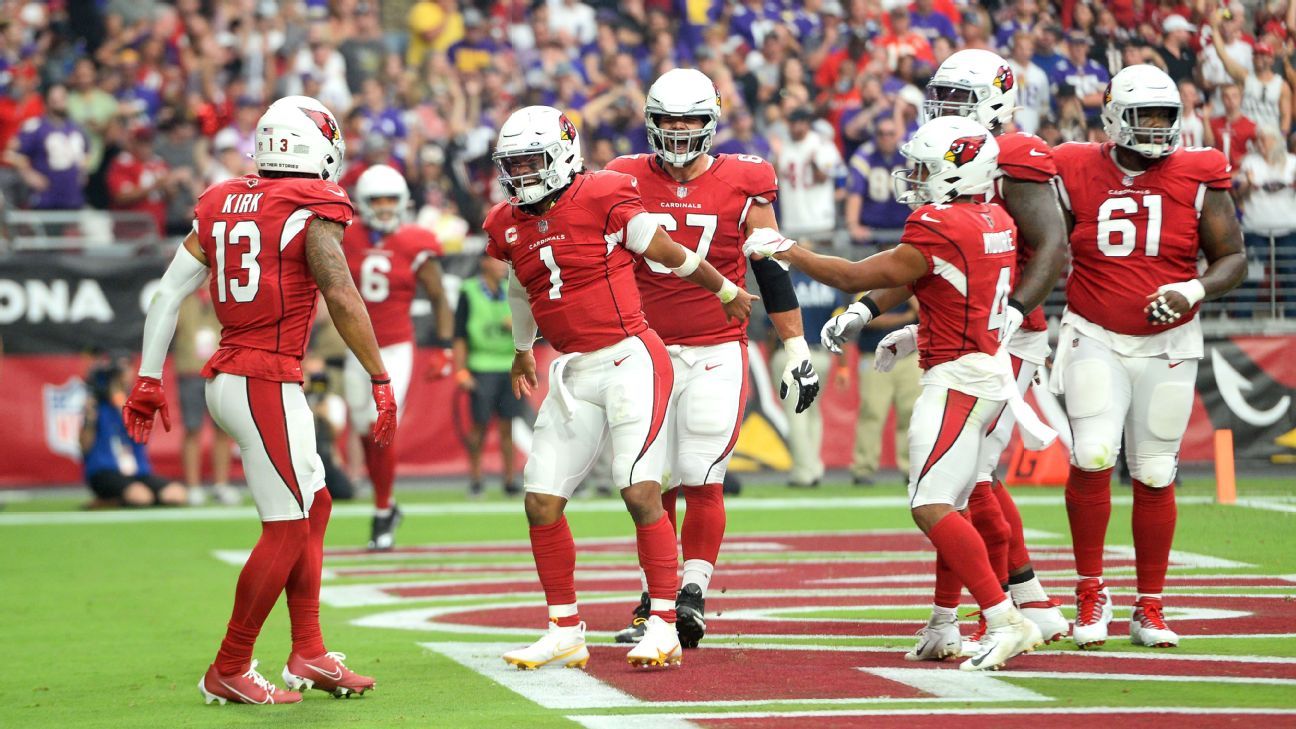 When the Arizona Cardinals got the ball with 1:46 left in the second quarter against the Minnesota Vikings on Sunday, they were down six and in their 2-minute offense.

A touchdown and extra point would give them the lead with the ball coming their way to start the second half, and Cardinals quarterback Kyler Murray ensured — with his legs and his arm — that Arizona would take that momentum into halftime.

Murray took the snap out of the shotgun on first-and-10 from his own 23. When Vikings defensive end Stephen Weatherly broke through the line, Murray spun away and took off to his left. Weatherly and Minnesota’s Danielle Hunter were in hot pursuit when Murray launched the pass 45 yards in the air on the run to wide-open receiver Rondale Moore. The rookie sprinted to the end zone for his first career touchdown to complete the 77-yard play and give the Cardinals a 21-20 lead.

Taraji P. Henson Dazzles in a Sexy Sheer Gown at the 2021 Emmy Awards