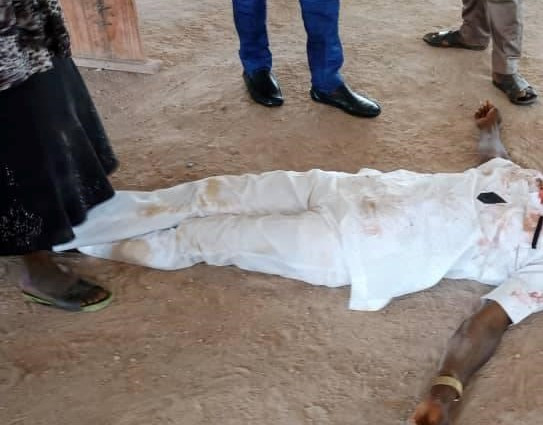 Photo of the worshipper killed

Gunmen suspected to be bandits attacked a ECWA church in Kogi State, killed one and abducted three worshippers.

The incident happened at the ECWA Church in Okedayo, Kabba, headquarters of Kabba Bunu Local Government Area of the state on Sunday morning, September 19.

It was gathered that the gunmen fully armed with AK-47 rifles numbering five invaded the church located along the Expressway of Kabba-Okene road at about 8am shooting sporadically as they made their way into the church premises.

A source disclosed that some worshipers took cover while others in an attempt to escape were kidnapped.

The gunmen killed one worshiper who was on his way to the church for Sunday service.

“The gunshots left members confused, scamper for safety, with the gunmen killing one and taking away three.” the source told Nigerian Tribune.

The man that was killed was identified as the Deputy Chief Security Officer of a higher institution in the area.

Spokesperson of the State Police Command, DSP William Aya, who confirmed the incident, said officers were on the trail of the kidnappers. 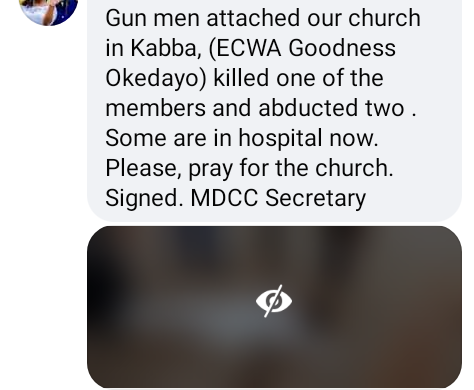