We’re Burnin’ Up for These Cute Jonas Brother Dad/Uncle… 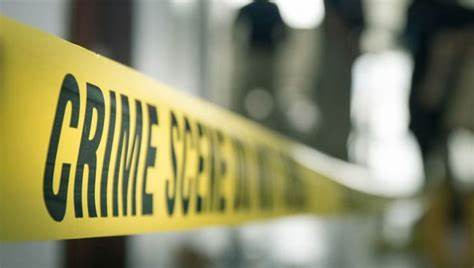 A 70-year-old pastor identified as John Muchine of the Christian Worship International Ministries, has been found guilty of sodomizing a 17-year-old boy inside his house.

The charges were that on diverse dates between October 2020 and January 16 2021 at Sinambio village Mpeketoni sub-county within Lamu county, Kenya, the Pastor intentionally and unlawfully sodomized the minor aged 17 years. The prosecutors added that “afterwards he would reward him with a Ksh20 coin and threaten him that he would kill him if he told people about it.”

He was further slapped with an additional count of committing an indecent act with a child contrary to section1(1) of the sexual offences act no 3 of 2006.

Muchine was accused of sodomizing the minor who is of unsound mind several times in his house and in the bushes and in all those instances he would ask him to remove his clothes, lie on his stomach, apply anointing oil on his buttocks and then penetrate him.

Ruling on the case, Mpeketoni Resident Magistrate Pascal Nabwana noted that the minor’s claim was corroborated by his 10-year-old brother, who according to court was a star truthful witness.

The brother said that he always knew and witnessed the sodomy ordeals, but the victim had warned him not to tell anyone.

Nabwana noted that even though the accused portrayed himself as a servant of God, he ‘supposedly’ refused to tender his evidence upon taking an oath.

“The accused is found guilty of the offence of defilement, contrary to section 8(1) as read with section 8(4)of the sexual offences act number 3 of 2006, the accused is therefore convicted of the same under section 215 of the criminal procedure code(CPC)cap 75 of the laws of Kenya.

“The minor in his testimony alleged that the accused defiled him severally since April 2020 culminating with the last incidence on January 6, 2021. In one of the incidents, the younger brother witnessed the ordeal which happened inside the pastors’ house.

“One would expect that a minister, properly professing the Christian faith would give testimony under oath, just to underline how serious his defence is but this did not happen.”

Muchine will be sentenced on Thursday October  21.

Wife of Alaafin of Oyo, Anu celebrates her birthday with beautiful new photos

“Since when does the Lamestream Media call who our next president will be’ – US president Trump tweets; FFK and other supporters react