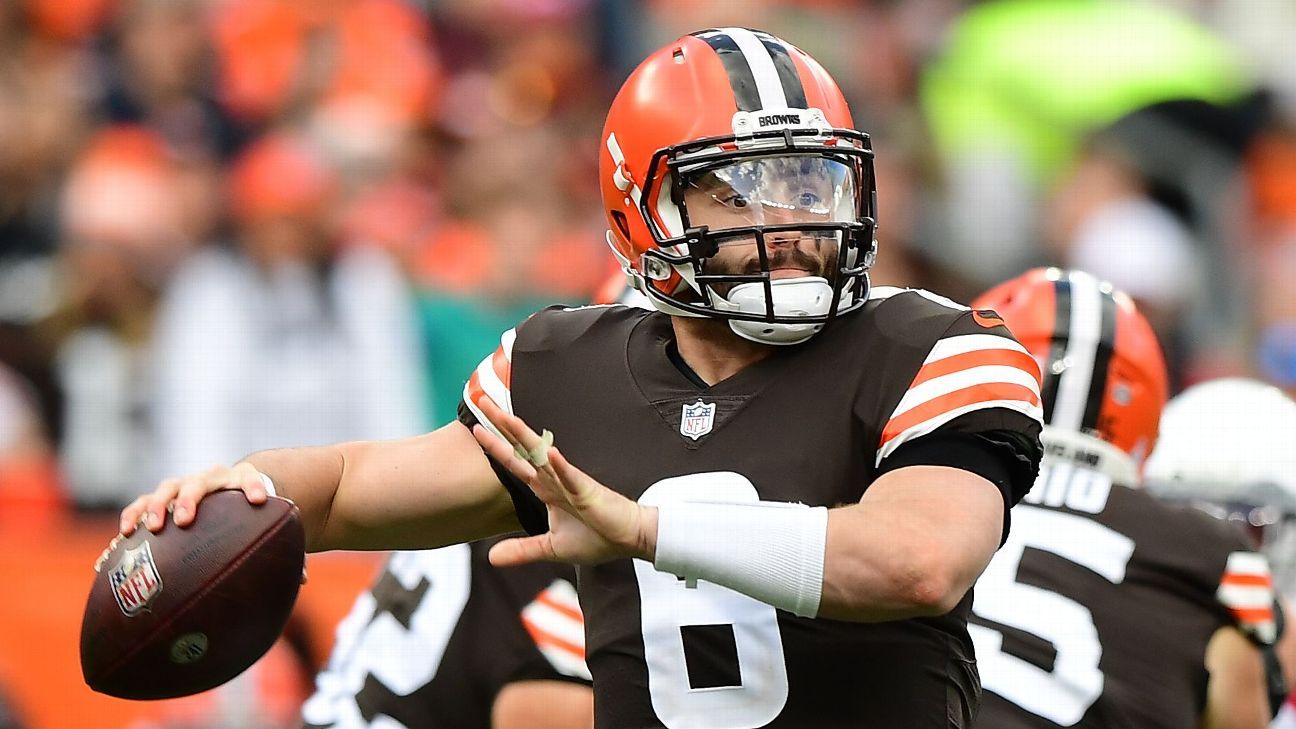 “I work with my physiotherapist Dave [Matthews] and do everything I possibly can. After that, it’s pain tolerance and wanting to be out there for my guys,” Mayfield said of his left shoulder.

“Obviously if I was in a physical state where I wasn’t able to play to the best of my abilities and I was hurting the team, I wouldn’t do that because I care about winning. … Only I know how my body feels. If anyone questions whether I’m hindering the team and going out there injured, that’s just not right. It’s my decision. I get to say whether I’m able to play or not, and that’s just how it is.”

“It was actually completely torn. Other stuff that was frayed within it,” Mayfield said of the original injury. “With shoulder injuries like that, you try and stabilize it, strengthen the muscles and ligaments around it to where you feel that stability and it doesn’t have the likelihood of popping out nearly as much.”

Mayfield is still waiting on a second opinion from his doctor. That doctor is expected to review Mayfield’s MRI scans later Tuesday.

If Mayfield doesn’t play Thursday, backup Case Keenum will get the start in his place.